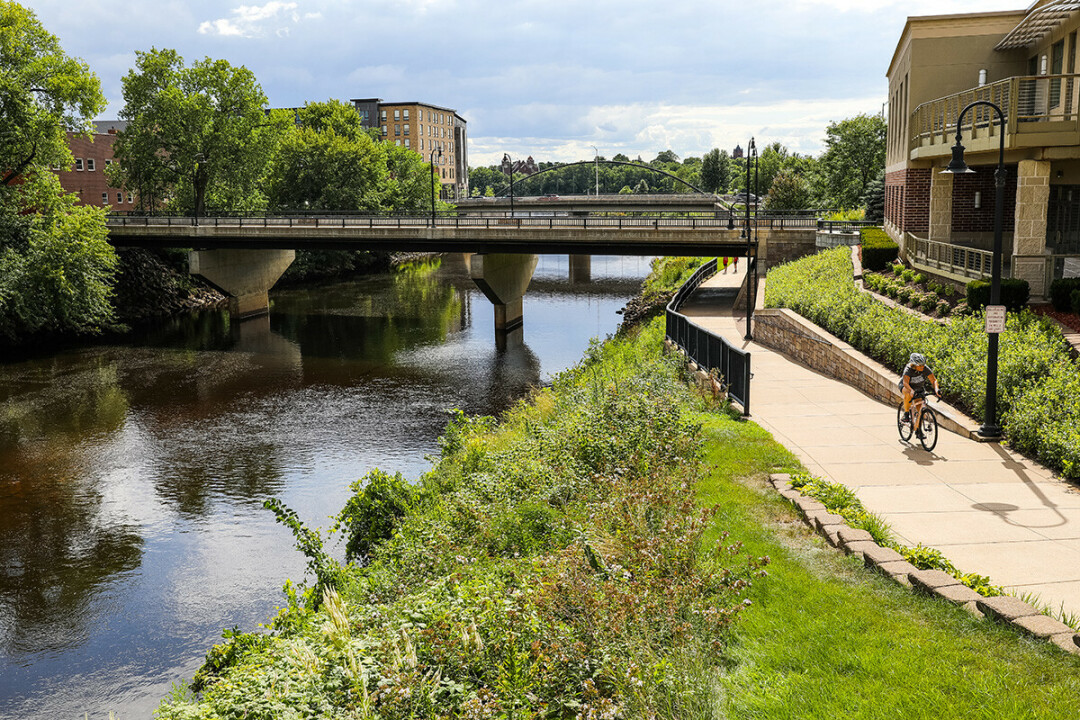 MOVING ON UP. You can only see one of them in this picture, but Eau Claire gained more than 3,500 residents in the past decade.

It’s official: Eau Claire is now the eighth-largest city in the state of Wisconsin, according to data from the 2020 U.S. Census released Thursday. With a population of 69,421, Eau Claire vaulted over Oshkosh (the previous No. 8) among cities in the Badger State, the Census Bureau reported.

Among the blizzard of census numbers – which you can dig through on your own through the Census Bureau’s QuickFacts tool – it’s probably most notable that Eau Claire’s growth rate made it one of the fastest-expanding large cities in the state. Eau Claire’s population grew 5.4% between 2010 and 2020, second only to Madison’s meteoric 15.7% growth rate during that period. By comparison, Oshkosh, Kenosha, and Waukesha all grew by 1% or less, while Milwaukee, Racine, and West Allis all lost residents.

The Eau Claire metropolitan areas – which encompasses all of Eau Claire and Chippewa counties – grew 6.7% over the decade, gaining 10,856 residents to reach 172,007. And Eau Claire County itself officially passed the 100K milestone, reaching 105,710 residents.

The Eau Claire metropolitan areas – which encompasses all of Eau Claire and Chippewa counties – grew 6.7% over the decade, gaining 10,856 residents to reach 172,007.

In addition to providing municipal bragging rights, all these numbers are vital to the mechanics of representative democracy. Now that the 2020 census data is available, officials across the country will be redrawing electoral districts to account for population shifts.

The size and shape of voting districts for seats in the U.S. Congress and state Legislature will change, so the names you see on the ballot in the fall of 2022 may be different than they were last fall. For some background on the redistricting process – and the political battles it will inevitably cause – check out this article from Wisconsin Public Radio.