Campus View Motel Will Be Transformed into ‘Affordable’ Apartments 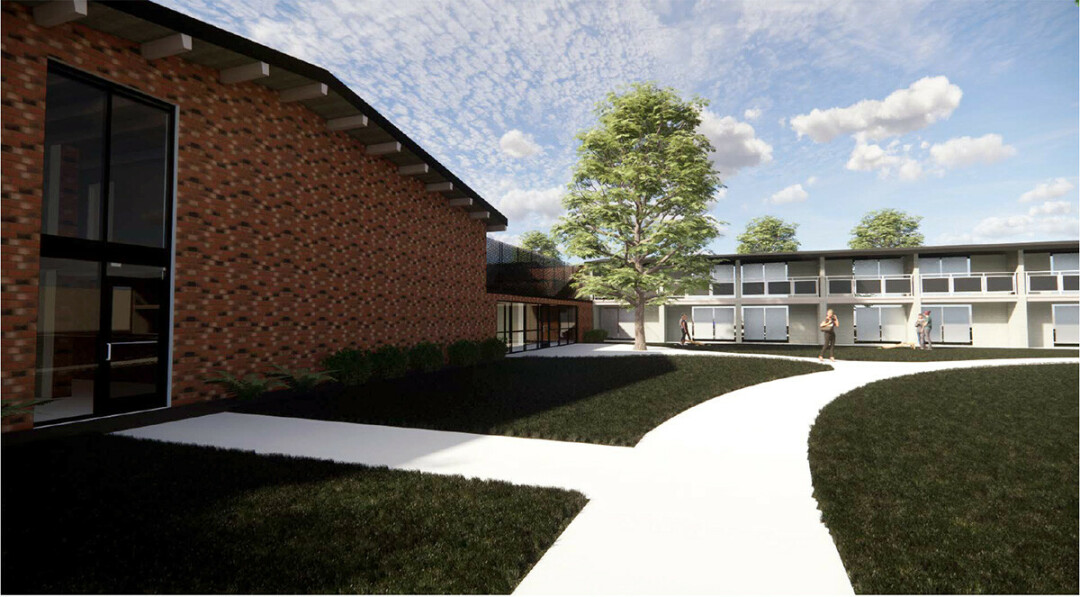 A NEW VIEW. This artist's rendering shows what the Campus View Inn & Suites could look like after a planned transformation into an apartment complex. (River Valley Architects)

A motel on Clairemont Avenue in Eau Claire will be transformed into student-oriented apartments under a plan approved Tuesday, July 27, by the Eau Claire City Council.

The City Council voted unanimously to rezone the property 809 W. Clairemont Ave. – currently the Campus View Inn & Suites – and to adopt a general development plan for the site for mixed-use development.

In addition to the 120-unit motel, which was built in 1960, the 3.5-acre site currently includes O’Leary’s Pub, Mancino’s restaurant, and two swimming pools. 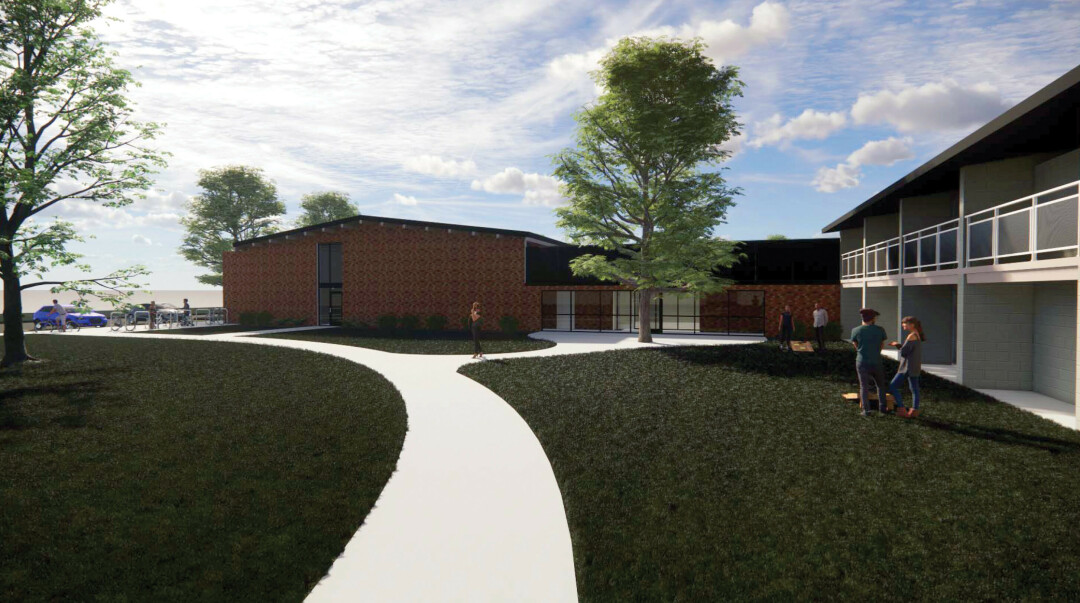 Compass Real Estate requested the rezoning and development plan, which according to city documents would transform the site into an 87-unit apartment building and two new commercial buildings. “This general development plan is designed to be flexible with the future commercial land uses and current demand for commercial development,” the document stated. “The existing commercial use along the frontage road will be demolished along with the lobby area and pool areas, and the existing non-conforming sign.”

In a letter to the city, River Valley Architects noted that “there is a need for affordable housing in the Eau Claire area” and that many new complexes are under construction. “With the redevelopment and conversion of the hotel we will be able to offer a more affordable housing option than ground-up new construction,” the letter stated. It also noted that the motel, which was once used as an overflow residence hall by UW-Eau Claire, is located just across Clairemont Avenue from the UWEC and Chippewa Valley Technical College campuses, making it ideal for student-oriented housing. 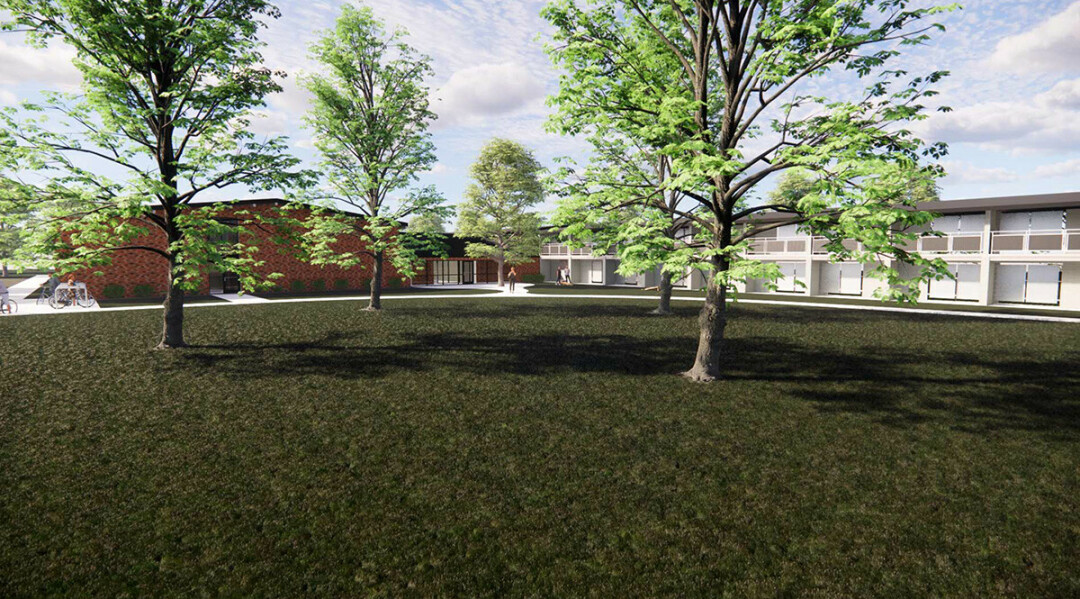 The site will be managed by Compass Real Estate Management, which also manages 14 other apartment complexes in Eau Claire.

Jill Christopherson was one several City Council members who spoke in favor of the project before the unanimous vote. She said constituents had expressed “curiosity and interest” in the proposal. “It’s just a really pleasant, imaginative and creative re-do on a very busy corner,” she said.

The motel stands near the intersection of West Clairemont Avenue and Stein Boulevard, across the road from HSHS Sacred Heart Hospital and next to Caribou Coffee and Bagels.

The city will require a final site plan for the commercial buildings to be submitted and approved at a later date. The project is expected to be completed in the fall of 2022. 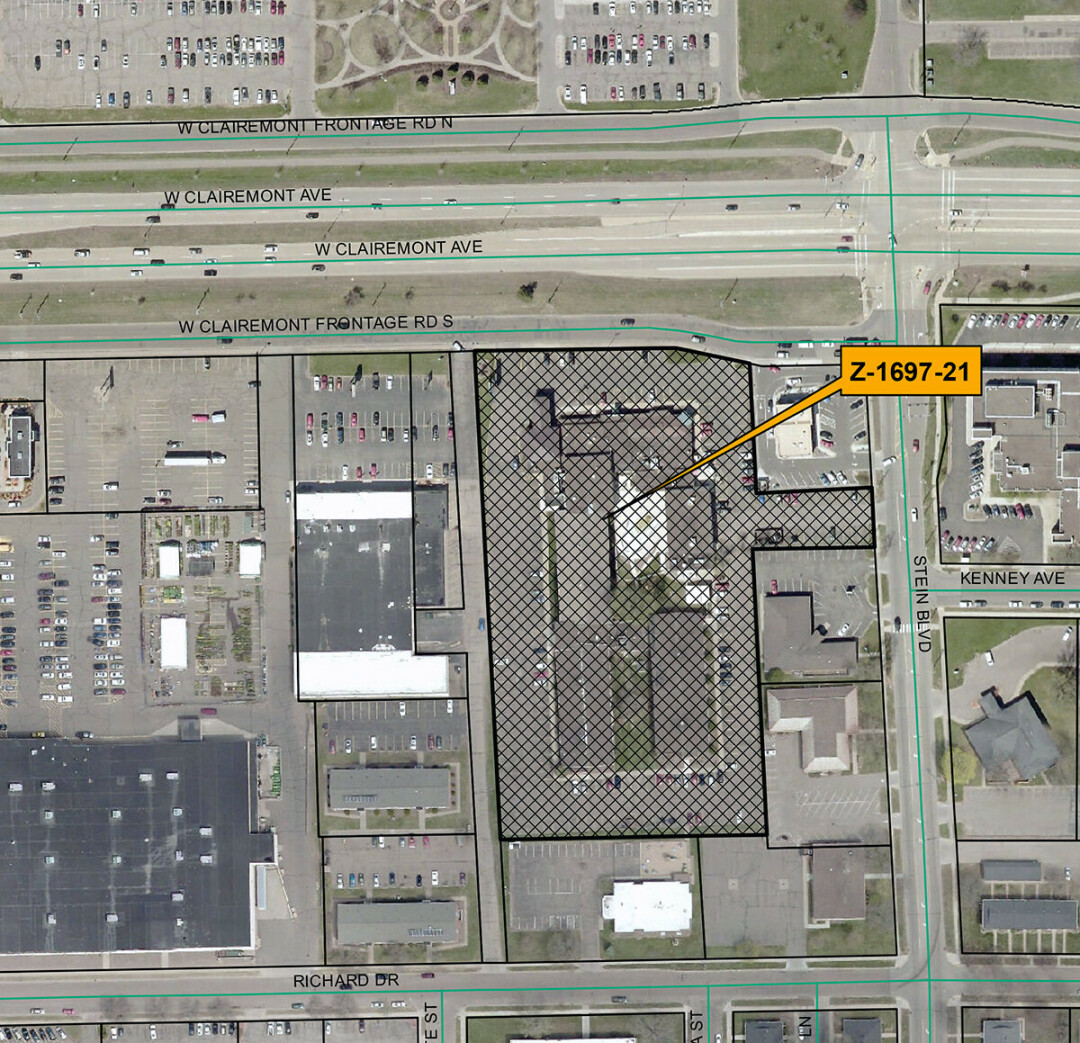