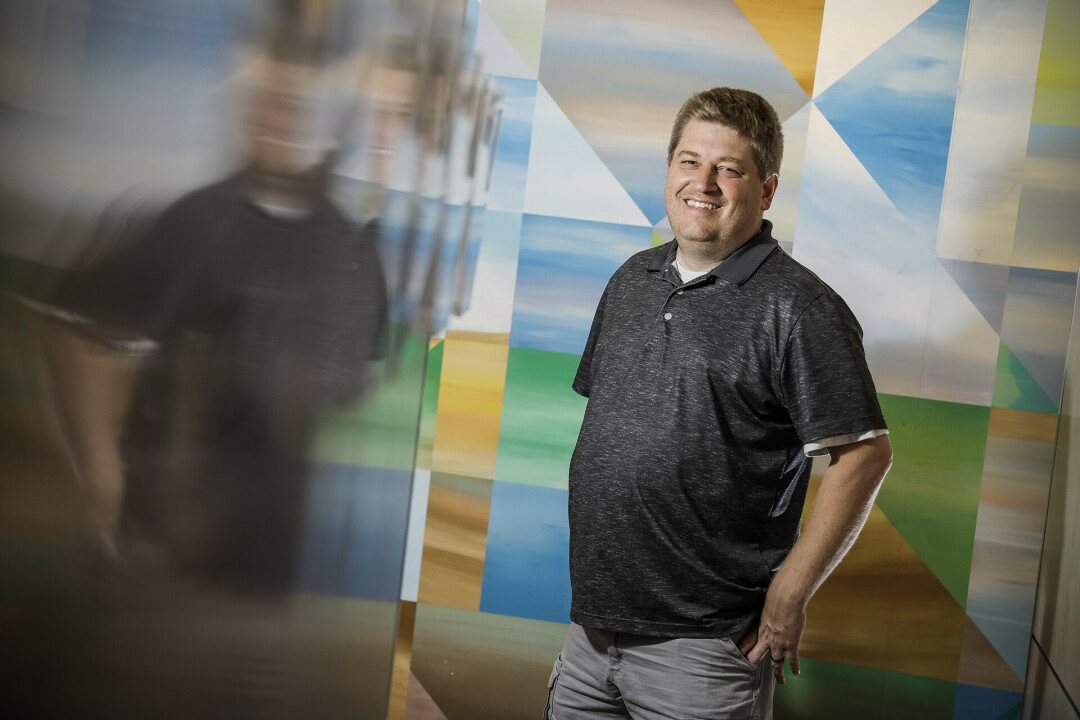 Benny Anderson – executive director of Visit Eau Claire – likes to think of himself as mix of court jester and hype man. He gets things done best by cooking food and getting to know his community – while enjoying some of the best food. In the past year, tourism has looked a little different,  but Anderson still finds enthusiasm for  his role. “I was just the megaphone for a lot of amazing people’s work,” he said,  “but it was just amazing all around.”

Neighborhood you live in, city:

How long have you lived in the Chippewa Valley:

You worked as general manager at Action City for a long time. Which is better, laser tag or go-karts, and why?

Is that even a question? Don’t get me wrong, laser tag is great, but I was the original go-kart manager when we opened. I have wedding pictures with my wife in a go-kart. One of my favorite memories on the track is taking my grandmother – who was in her 90s – on the track and going as fast as we could. Also, I personally suck at laser tag compared to most of my friends, but I could drive a go-kart in reverse better than most people can forward. Not that I’ve tried ...

A lot of them. During COVID, the District and Court’n House were weekly visits between zoom meetings. Also, Clairemont Comics was great.

We have so many amazing organizations, people, and ideas in our area, and all I usually end up doing is introducing them to each other, or finding ways to help them communicate.

The closing of Chicken Unlimited was a personally devastating day. (But check out Karl’s Bar-B-Q Express in the location! It’s delicious.)

The Joshua’s Camp parade. We put it together in six days with no permits, 100+ floats, and a fireworks show ... and didn’t get arrested. The camp kids got to be the last float in the parade, and we pulled it off as a complete surprise to them.

We are the second largest sculpture tour in the nation.