virtual Pablo Center exhibit features area women, explores what it means to be a woman 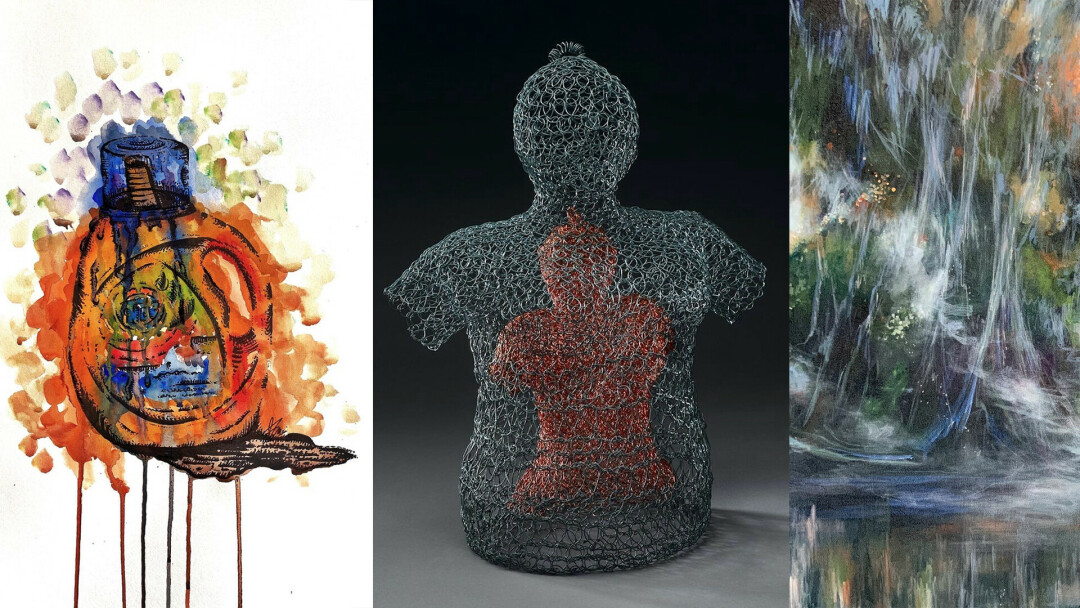 Three local women are using their art to show a unique perspective of the world, highlighting the importance of uplifting women’s voices in our modern world.

“Acknowledgment of talents through exhibition is a joy that few women in art history – up until the last half of the last century – had the experience of enjoying,” said Rose Dolan-Neill, visual and literary arts manager of the Pablo Center. “Seeking to give voice to female creatives by specifically reaching out to female artists to seek to understand their perspective is important; they have created the work, and their voice will be heard.”

Women often downplay the worthiness of their work, despite the impact it has on themselves and others. Our creative work is important, especially during difficult social and political times.

Holli Jacobson, a Jim Falls native, grew up close to nature. Her abstract paintings leave viewers wondering if her depictions of nature are beautiful and comforting, or destructive and wilted. “Women often downplay the worthiness of their work, despite the impact it has on themselves and others,” Jacobson said. “Our creative work is important, especially during difficult social and political times.”

Chicago native Karen Searle enjoys creating sculptures and relief images using knit wire. Her art in the show depicts her views on being a woman. One of her pieces, “Woman Within,” depicts one knit wire woman inside of another, representing aging. “Women artists have a difficult time gaining visibility for their work,” Searle said. “Art by women was never recognized or included in art history studies until the feminist art movement of the 1970s and ’80s. The situation has improved somewhat since then, but still an astonishingly low percentage of art by women is shown in major museums. This is one reason why exhibits like ‘Modern Woman’ are very important.”

Dr. Jenny Lau, a native of Alberta, Canada, explores life at the beginning of the COVID-19 pandemic in her work exhibited in “Modern Woman” – when grocery stores were both sanctuaries and ghost towns. “I represent someone that is a minority: I’m Asian and I’m female,” Lau said. “I think it’s important for me to represent someone like that and to show that anyone can really express themselves in any form of art and people will enjoy it.”

To view this exhibit and learn more about the artists, click here.