City Will Spend Up to $3M to Fix High Bridge 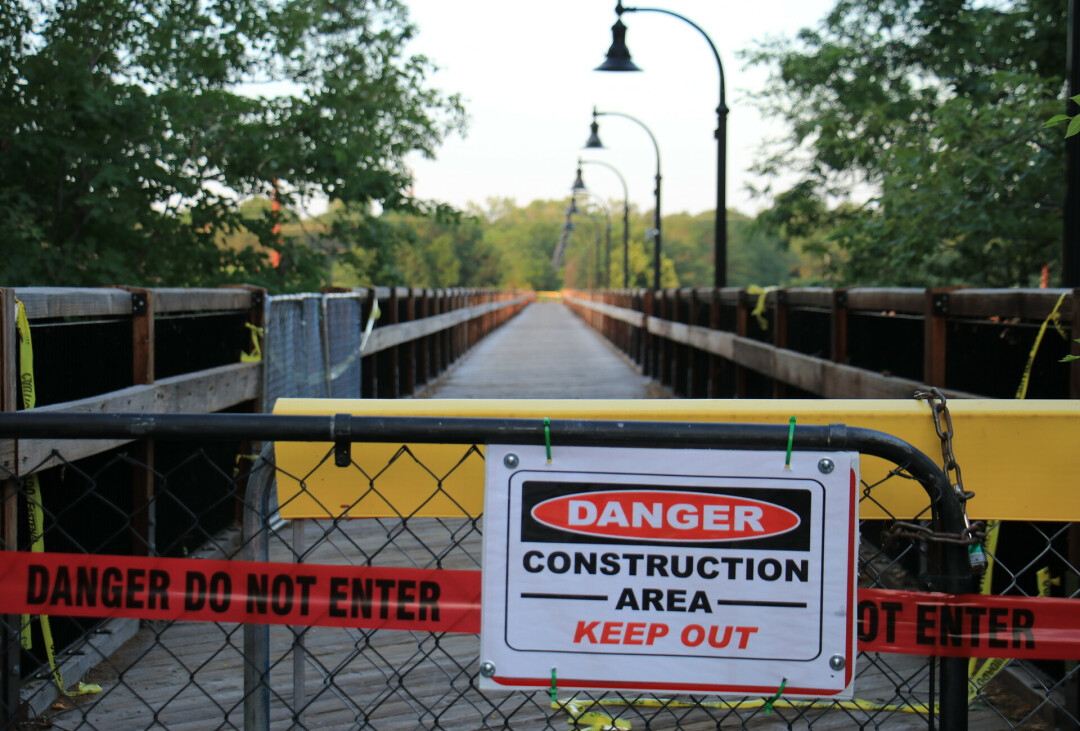 TIME FOR AN ALTERNATE ROUTE. Repair work on the High Bridge began in mid-July after a vote by the Eau Claire City Council.

The Eau Claire City Council has authorized up to $3 million in emergency repairs to the High Bridge over the Chippewa River, which has been closed since June because of structural problems.

The 140-year-old former railroad bridge, which reopened in 2015 as part of the city’s extensive pedestrian and bike trail system, was closed when damage to one of its limestone piers was discovered. The crack in the pier caused the bridge’s deck to heave.

Deputy City Engineer Leah Ness told the county on July 13 that the bridge was last inspected in November and that no red flags were raised at that time. The $3 million should be sufficient to cover repairs to the bridge, Ness said, including replacing all five piers if necessary, as well as related costs such as building a temporary road so construction equipment can reach the river. The low bid for the work came from Kraemer North America of Plain for $2.515 million. City officials said it would cost up to $2 million to remove the bridge.

City Council members said that the overwhelming message from constituents was to repair the bridge, rather than demolish it.  “This has really become one of Eau Claire’s jewels, and I just think we all need healthy places to go in our community,” Council Vice President Catherine Emmanuelle said. “I also think it’s a great metaphor for all of our lives: rebuilding our bridges when there are fractures.”

The 900-foot iron lattice truss bridge was built for the Chicago, St. Paul, Minneapolis, and Omaha Railway in 1881. It was abandoned in 1992, but reopened to the public in 2015.

Check out this photo set by Tina Ecker of the start of repair work on the bridge.