Raise It Up for Modicum’s 4-Year Anniversary Brew, the Grand Cru

surviving a pandemic is celebration enough for the Altoona brewery, but they released a new beer anyways 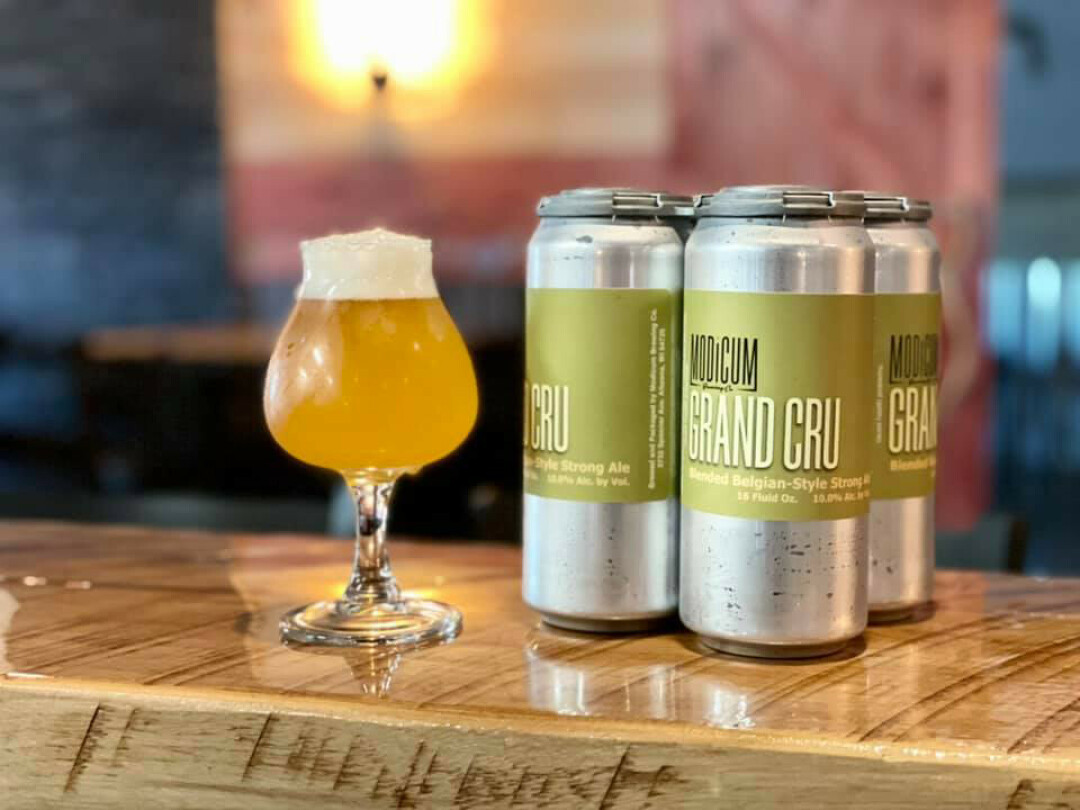 Four years ago, the taps at Modicum Brewing Co. started flowing at 3732 Spooner Ave. in Altoona – bringing some hand-crafted goodness to the Valley’s ever-flowing beer scene. It hasn’t always been sunshine and roses, particularly over the last year, but the microbrewery made it through 2020, and that’s plenty cause for a big celebration – and a big celebratory beer to go with it.

It’s a happy moment and a landmark accomplishment for one of the best breweries in the Valley – so ya know, you gotta make a beer for it. Modicum brewed up a limited run of a Grand Cru created with a blend of Pils, Vienna, and Wheat Malt, fermented with fruit-forward yeast, and hopped up with Tettnager hops. According to the brewery, half the beer was aged in stainless barrels, the other half in oak, before blending the two together.

Altogether it’s a 10% ABV, it's very much a strong, smooth, floral beer for a happy anniversary. Give it a try sometime out at the brewery on draft or in 4-packs while supplies last. Cheers to all the years!