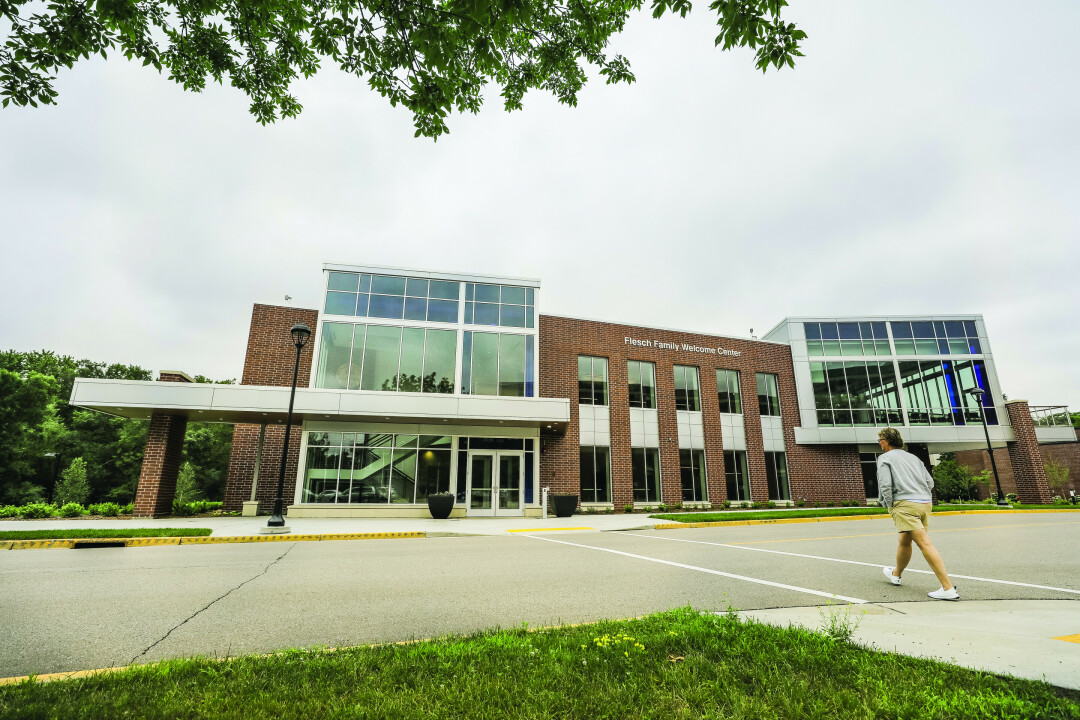 Visitors to UW-Eau Claire – including 17,000 prospective students annually – now have a new starting point when they come to campus. The privately funded $5.5 million Flesch Family Welcome Center, which opened July 5, replaces a humble kiosk and three university-owned homes on Roosevelt Avenue across from Schneider Hall.

In the past, potential Blugolds and their families would typically have to park somewhere on or around campus and make their way to Schofield Hall, where the admissions office was previously located, to begin their tours. 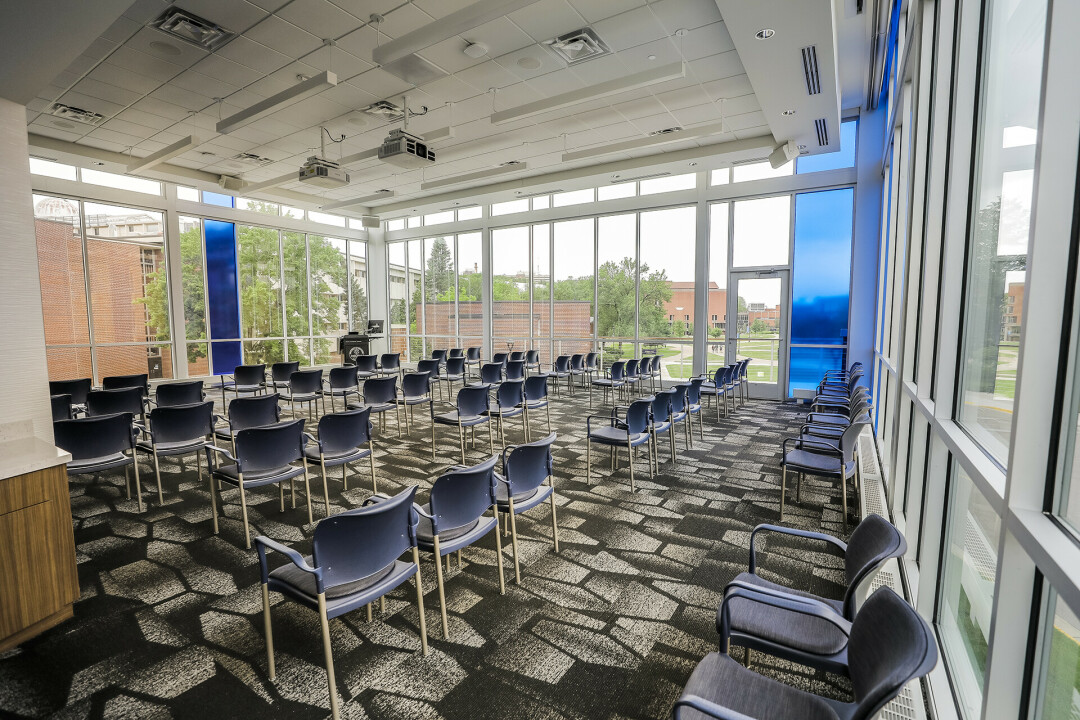 “Almost every day I would go into work before the pandemic and there would be someone with a map trying to get across campus to where they were trying to go,” said Michele Olson, stewardship and planned giving director with the UWEC Foundation.

And while some campus visitors checked in and parked at the since-demolished kiosk, there was little there to greet them but a lone person behind a desk.

Now the 16,000-square-foot, two-story Flesch Family Welcome Center features a check-in desk to greet visitors, the admissions office, meeting rooms, offices for the UWEC Foundation and Alumni Association, and spaces for presentations and other gatherings as large as 100 people, allowing the Flesch Center to host admissions events and alumni luncheons, which would previously have been scattered around campus. 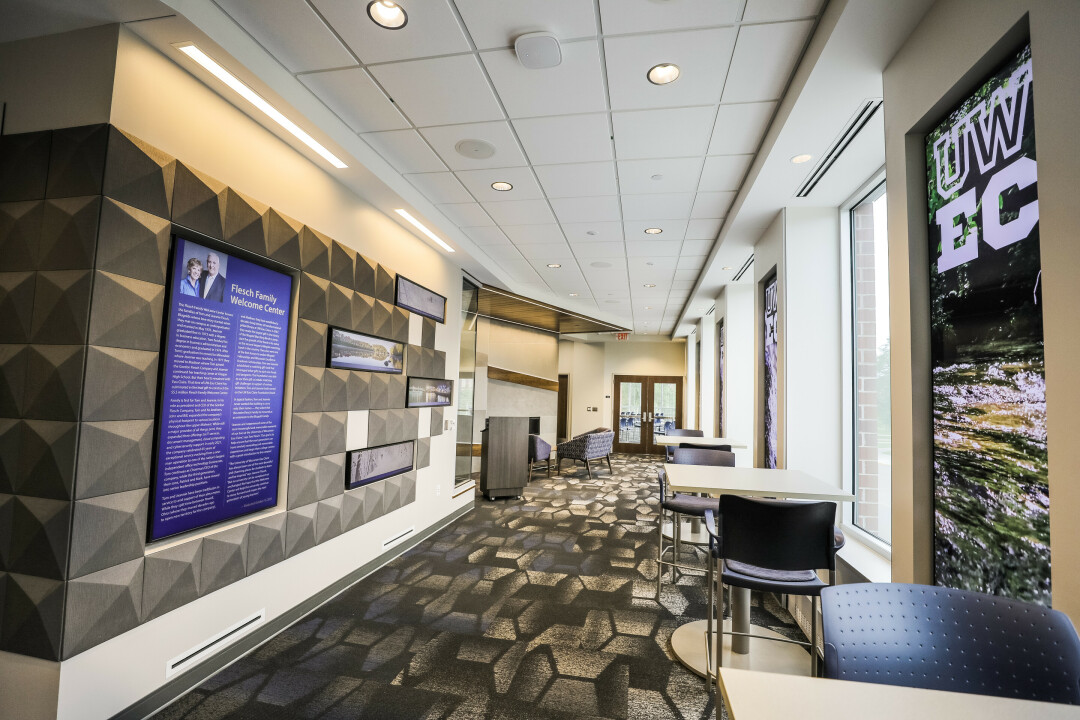 The building also features the latest technology – such as video and audio capabilities and electronic donor recognition displays.

Olson said building a new welcome center has been a university priority for years. For example, it was called for in the 2010-30 Campus Master Plan.

“The main purpose is to make sure that we are showcasing our campus and making it a (welcoming) place for people who are unfamiliar with our campus,” Olson said. “A big part of it is student recruitment and having that great first impression when prospective students and parents first come to campus.”

And those prospective students (not to mention everyone else at the university) have some former students to thank for the new building: The lead gift for the project came from alumni Tom and Jeannie Flesch, who graduated from UWEC in 1974 and 1973, respectively. The couple met on campus and – in addition to making a donation for the building – have supported the Blugold Marching Band and endowed student scholarships. 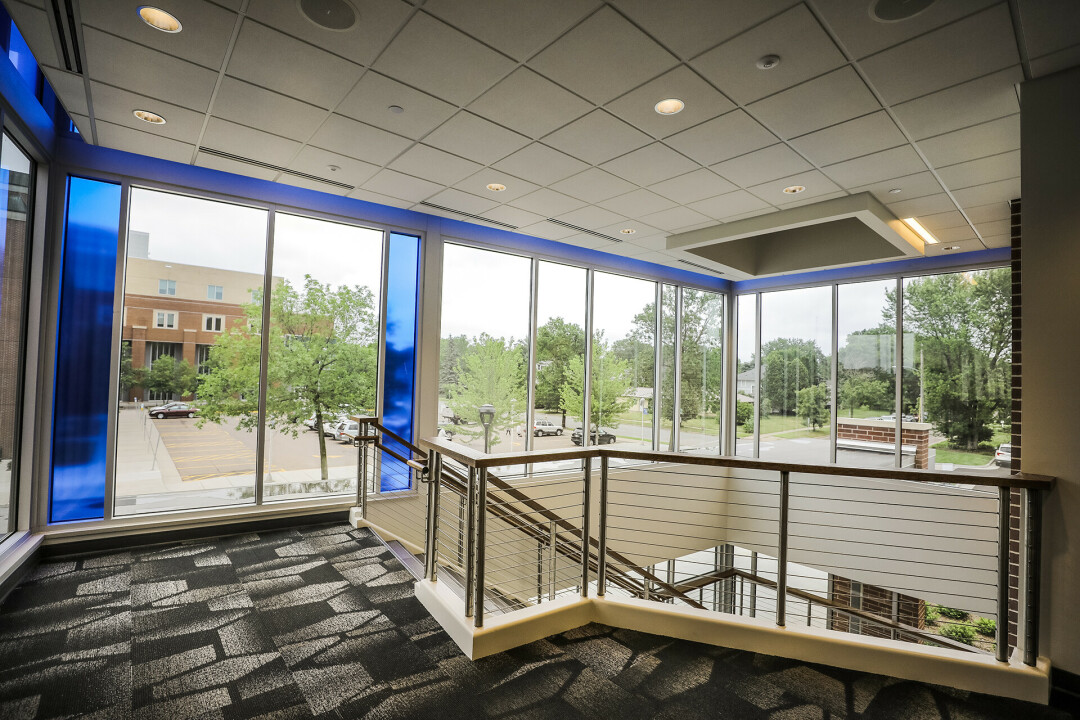 “We are beyond grateful to Tom, Jeannie, and the many other generous donors who saw the need for a new welcome center and whose gifts are making this building a reality,” Kimera Way, president of the UWEC Foundation, said last year.

The Flesch Center will host an open house for members of the campus community at the end of August, while a larger open house for alumni, community members, and others will be scheduled to coincide with UWEC’s Homecoming in October.