former railroad bridge closed in June because of structural problems 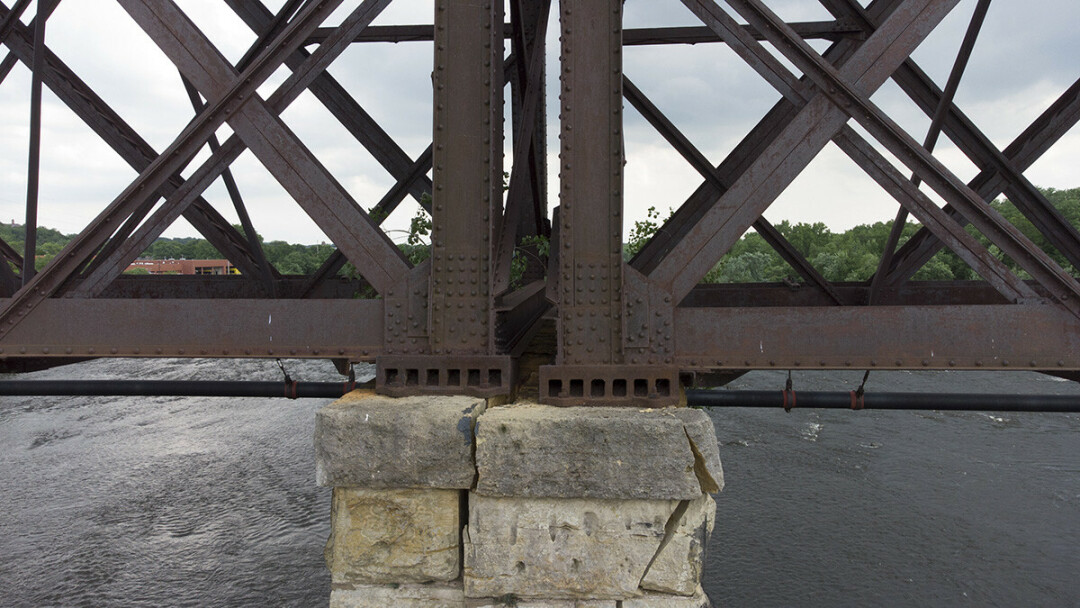 This photo, taken with a drone by Bryan Pederson, shows damage to one of the stone piers holding up the High Bridge over the Chippewa River.

The Eau Claire City Council will vote next week on whether to authorize as much as $3 million for emergency repairs to the High Bridge over the Chippewa River, which has been closed since June because of structural problems.

The 140-year-old former railroad bridge, which reopened in 2015 as part of the city’s extensive pedestrian and bike trail system, was closed when damage to one of its limestone piers was discovered. The crack in the pier caused the bridge’s deck to heave.

At its Tuesday, July 13, meeting, the City Council will consider whether to give Interim City Manager Dave Solberg permission to enter into an emergency agreement with a contractor to stabilize and repair the historic bridge. The low bid for the work came from Kraemer North America of Plain for $2.515 million. (Lunda Construction of Black River Falls bid $2.632 million.) 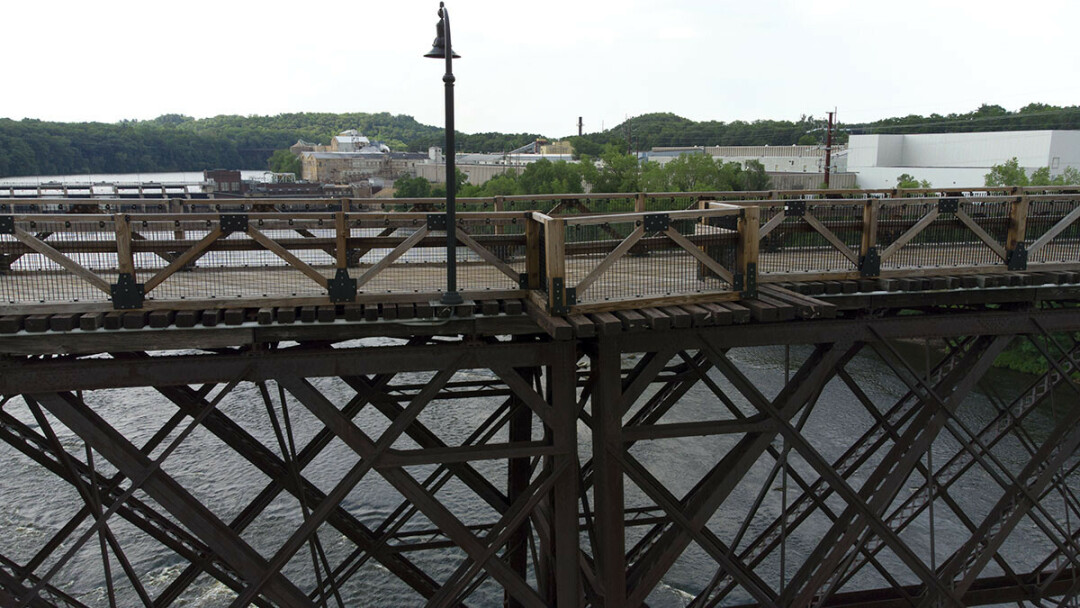 Damage to one of the bridge’s stone piers caused the deck to buckle. (Photo by Bryan Pederson)

According to the Leader-Telegram, the $3 million figure would allow for “additional costs related to the repair work, including a temporary rock roadway extending partially into the river for equipment to drive on.”

Solberg told the newspaper the repairs were necessary: “It’s critical that we fix it,” he said. “That bridge, if it moves much more, it would be unsavable to use as a bridge we could walk across.”

If the City Council chooses not to repair the bridge, a contractor told the city it could cost $1.5 million to $2 million to remove the structure, Solberg reported.

The 900-foot iron lattice truss bridge was built for the Chicago, St. Paul,

Minneapolis, and Omaha Railway. It was abandoned in 1992, but reopened to the public in 2015 after the city upgraded it for $1.15 million – about half of which came from a state grant. The bridge, which is just downstream from the Eau Claire dam, allows pedestrians and bikers to traverse the river while enjoying views from 80 feet above the water.

To see the City Council’s full agenda, and to find out how to watch or virtually participate in the meeting as a member of the public, visit the city website. 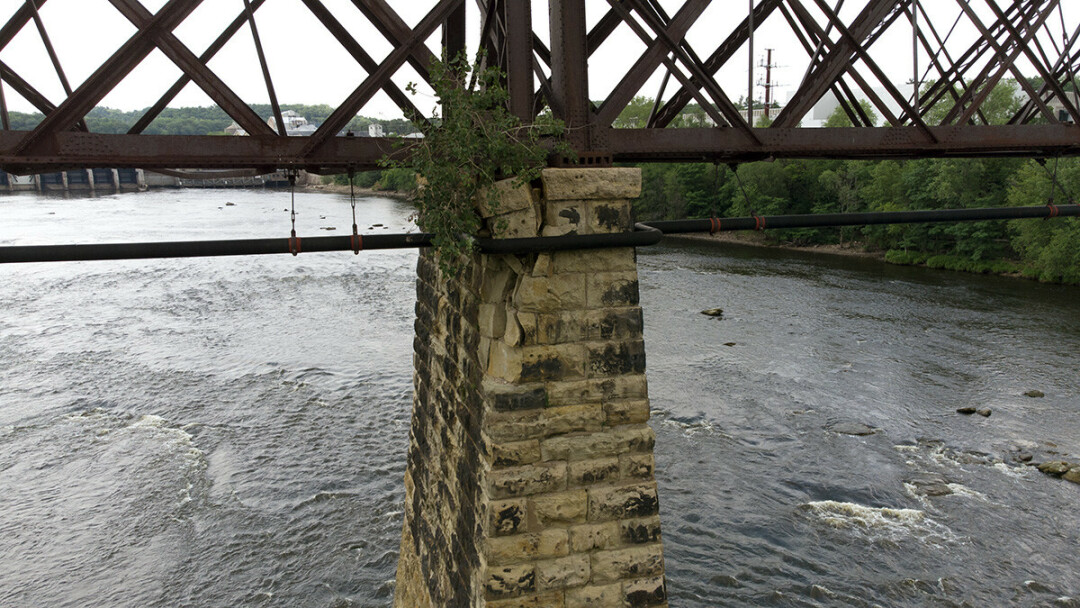 Crumbling limestone can be seen in this drone photo of one of the High Bridge’s piers. (Photo by Bryan Pederson)
share
comments 0