with projects popping up throughout Eau Claire, here are a few more upcoming developments 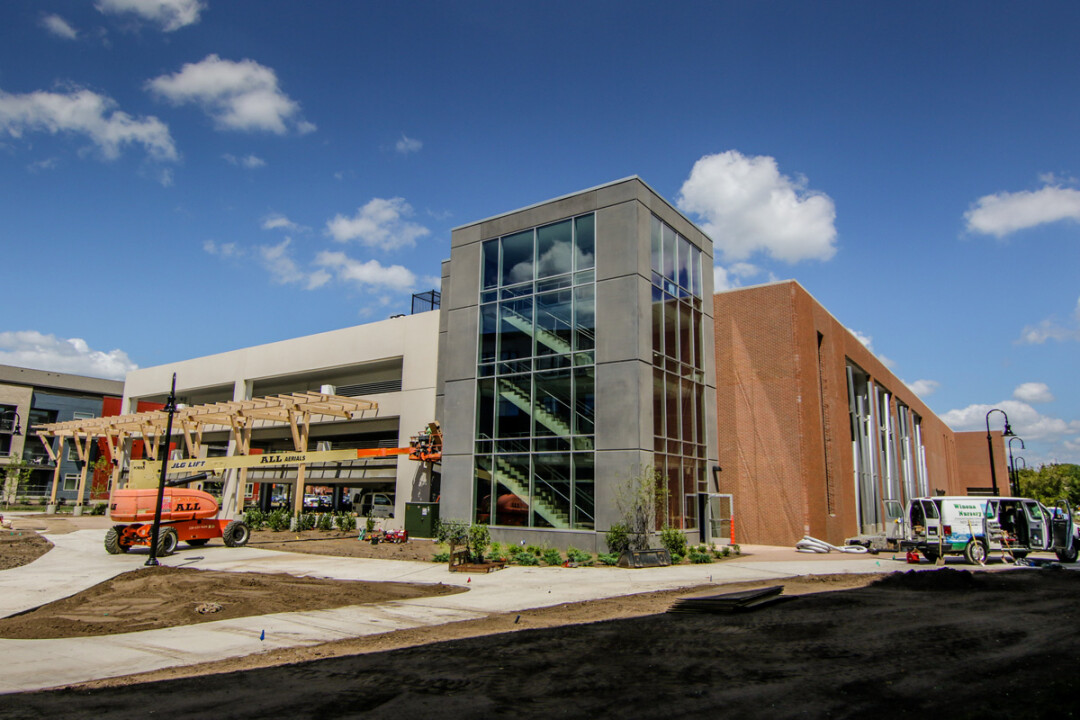 MORE DOWNTOWN PARKING? The North Barstow Street parking ramp in downtown Eau Claire opened in 2016. Now, the City of Eau Claire is considering a 260-stall parking deck east of the City Hall in 2026-2028, as well as to design and build a replacement for the Gibson parking ramp across Farwell Street (next to The Lismore Hotel).

The city projects it needs to put about $4.1 million into the Hobbs Municipal Ice Center, starting with design in 2025. This includes replacing the refrigeration system at the O’Brien/Akervik rinks as well as the O’Brien rink ice floor and bleachers.

Eau Claire Fire Station No. 2, next to the City Hall, was built in 1941 and is nearing the end of its useful life. The city estimates that building a new station will cost lest than upgrading the old one. A $6.8 million replacement may be built starting in 2027 on the west side of the Chippewa River, near Madison Street and the Mayo Clinic Health System campus.

A busier downtown means a greater need for downtown parking. The city wants to design and build a 260-stall parking deck east of (and adjacent to) City Hall in 2026-28 and to design and build a replacement for the Gibson parking ramp across Farwell Street (next to the Lismore Hotel) in 2028-30. Together, the projects would cost an estimated $10.6 million.

A proposed 2029-30 project at Fairfax Park – home to the city pool – would add winter and year-round amenities, including a hockey rink with an open-air roof. In the summer, it could be used for in-line hockey.

The city hopes to spend $6.6 million on safety measures along Union Pacific rail lines, including an overpass to carry Galloway Street over the tracks. The project would rely on financial assistance from the railroad.

* According to the 2022-26 Capital Improvement Plan approved by the City Council on June 22.