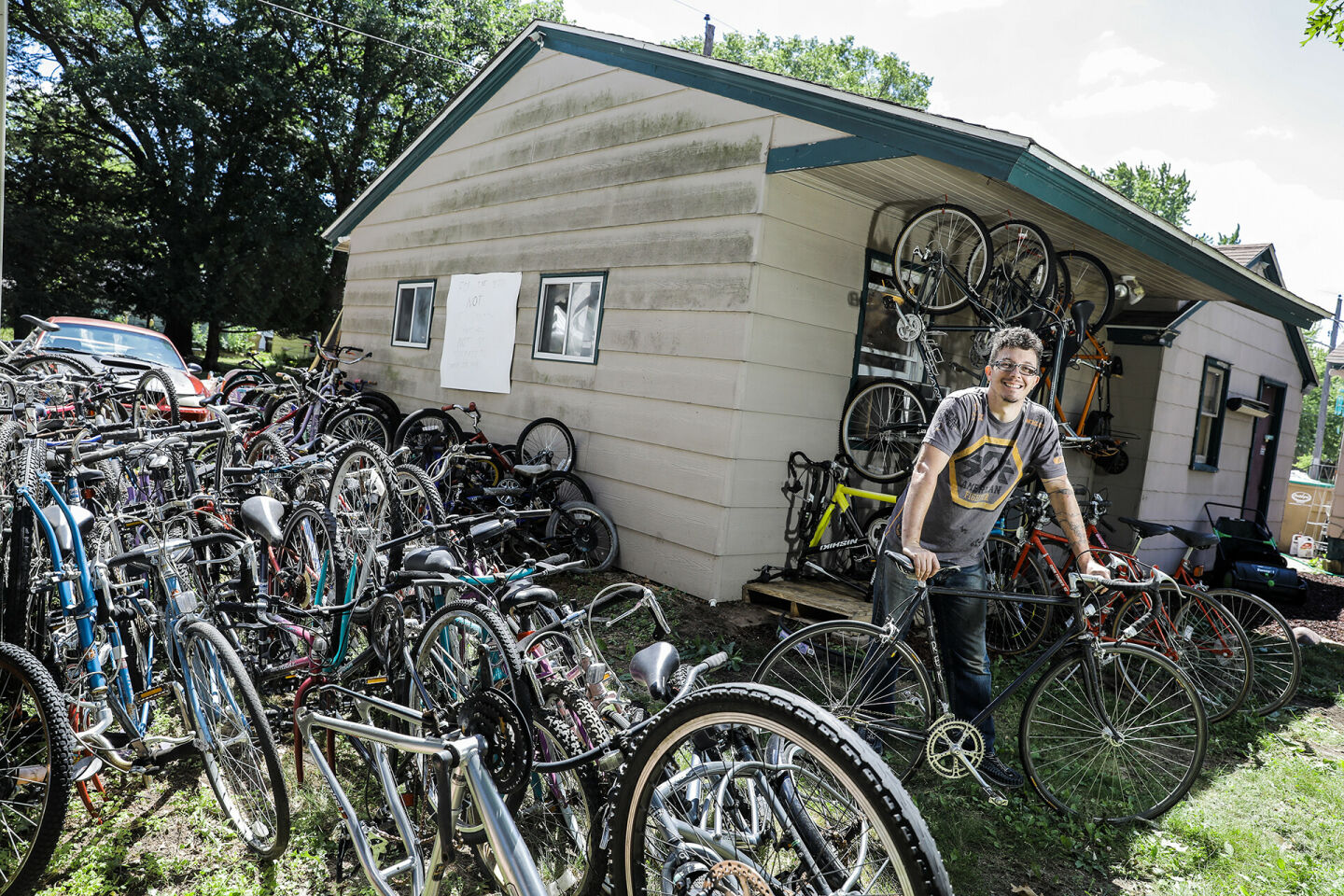 Recycle Your Bike, Change a Life

A local cyclist began fixing bikes to cope with mental illness. Now, he has recycled over 400 bikes, donating them to people in need. 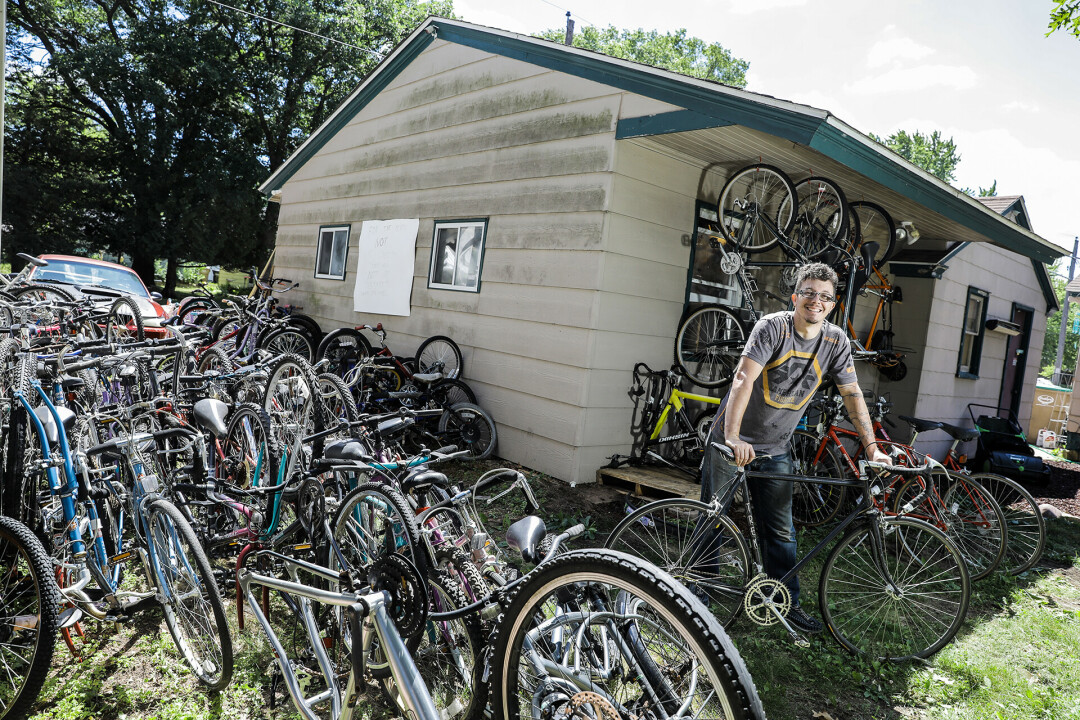 CREATING CHANGE, ONE BIKE AT A TIME. Mike Van Dusseldorp fixes, donates, bicycles to homeless individuals in the Chippewa Valley as a way to better his mental wellness.

Bikes are hope. And Mike Van Dusseldorp of Chippewa Falls believes that with everything he’s got.

His journey in the cycling community began when Van Dusseldorp struggled to find a job as a result of his depression. His wife suggested the pair get back into cycling, and that gave Van Dusseldorp the light at the end of the tunnel that he needed.

He fixed up his wife’s bicycle (and realized it really wasn’t so hard!) and then dedicated himself to learning as much as he could about fixing bikes through conversations with individuals in the cycling community, as well as watching handy YouTube videos.

A community should be a place where people aren't afraid to ask for help.

As Van Dusseldorp traveled, he would often see homeless people. Looking to help, he’d offer bags of toiletries and gift cards. But there was one need he found he couldn’t cover: transportation.

Bus passes, Van Dusseldorp knew, are only a temporary solution to helping homeless individuals reach critical community resources and job opportunities. That’s when it hit him: he could use his affinity for fixing bikes to help homeless people in the Chippewa Valley find transportation solutions. “I needed to step up,” Van Dusseldorp said, “and find a way to make it happen, and it was just one of those things: What can I do to help?” 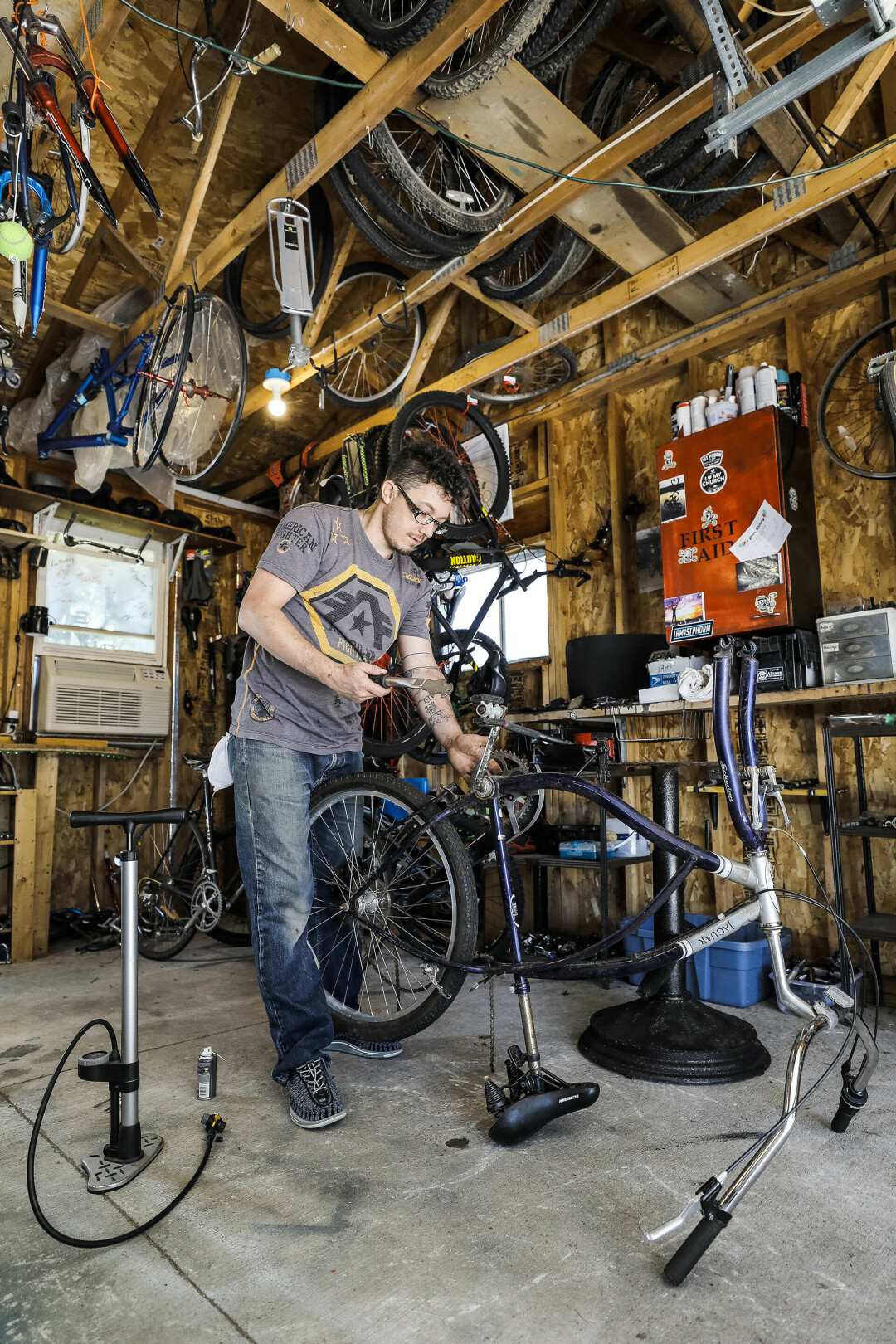 Van Dusseldorp began taking in unwanted, unused, and broken bicycles to repair and give back to his community, calling his mission New Life Recyclery.

After casually counting up the tally marks scrawled on his garage wall, Van Dusseldorp said he has already given out 451 bikes in a matter of three months. Most of them were local, but some were sent overseas to impoverished countries. Van Dusseldorp also gives out helmets and tents when he has them available. And, next to his garage, he has a cabinet stocked with toiletries ready to be given away to those who need them.

“A community should be a place where people aren’t afraid to ask for help,” Van Dusseldorp said. As a Christian, his goal is to love others, he said – no matter their situation. 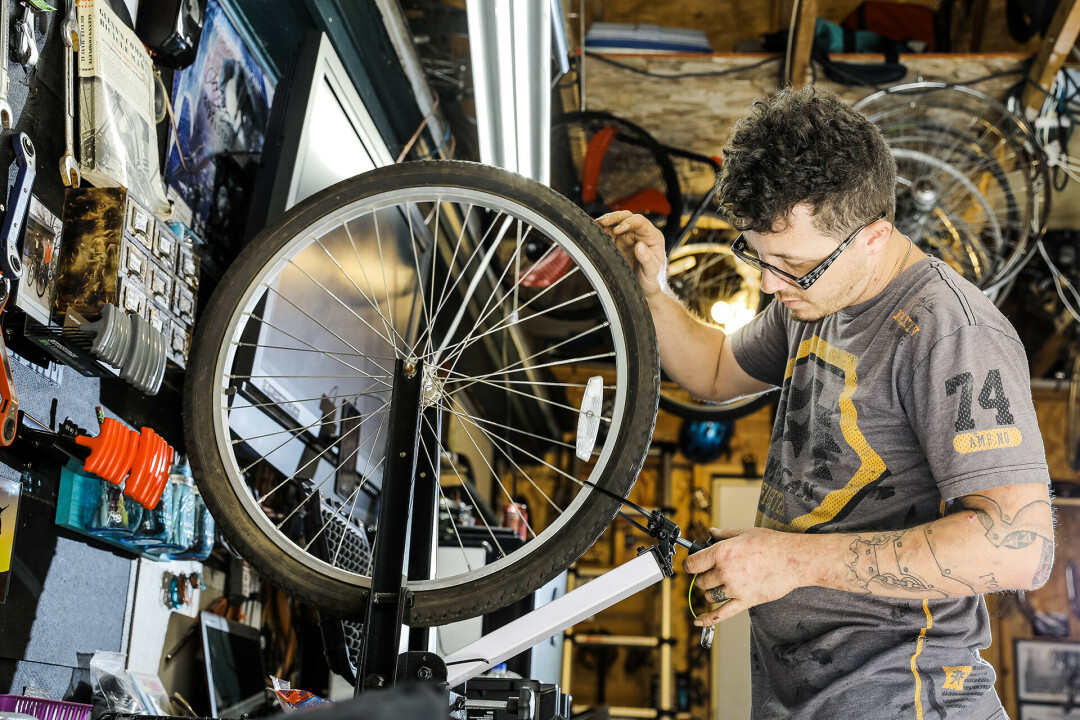 Right now, New Life Recyclery is a solo operation; Van Dusseldorp does all of the repairs and delivers the bikes himself. But Van Dusseldorp’s vision goes far beyond bicycles; He wants the homeless to be treated with dignity and respect.

“I don’t care where you’re at now, where you’ve been weeks or months ago, years ago,” he said emphatically. “None of that matters. What matters is what you’re doing today and how you’re trying to affect your tomorrow.”

Though Van Dusseldorp has received numerous bike donations, he said he has received very few monetary donations, which are necessary to purchase supplies to fix the bikes he receives. He hopes to partner with a local church in order to make the donation process more streamlined. 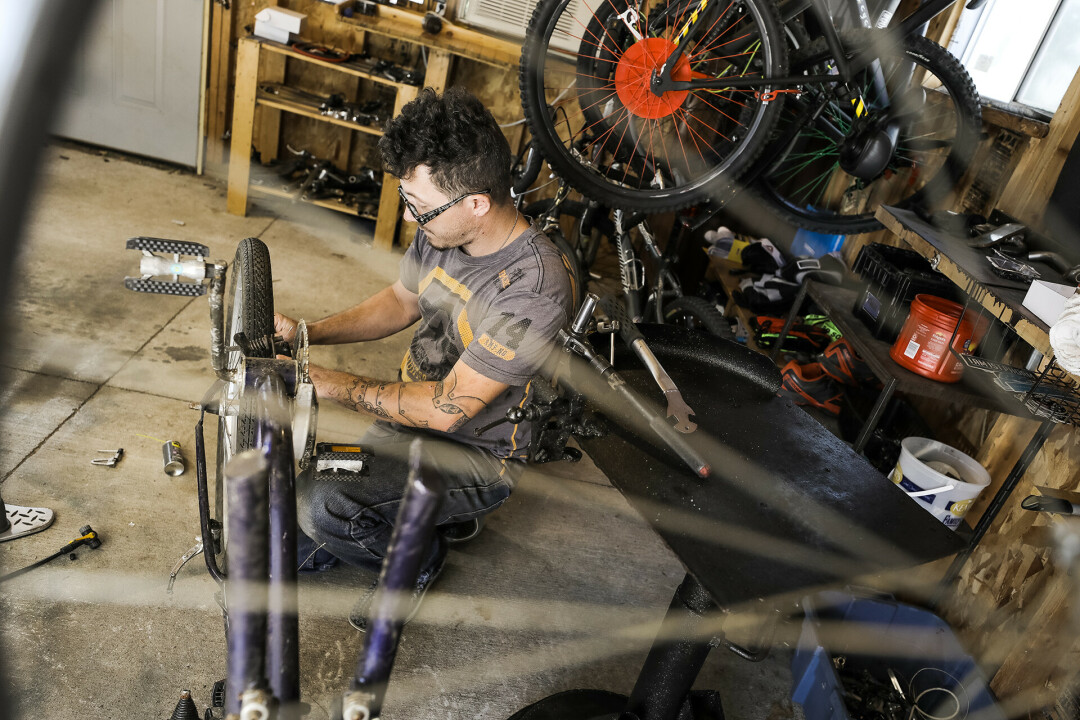 Another obstacle he faces is connecting bicycles to those in need – as Van Dusseldorp offers bicycles to homeless individuals on a case-by-case basis. “I’ll see someone under an overpass one day,” he explained, “and I still have to track them down.”

Van Dusseldorp knows his efforts have already made an impact, as many have shared how they have found jobs – made possible by the transportation Van Dusseldorp provided.