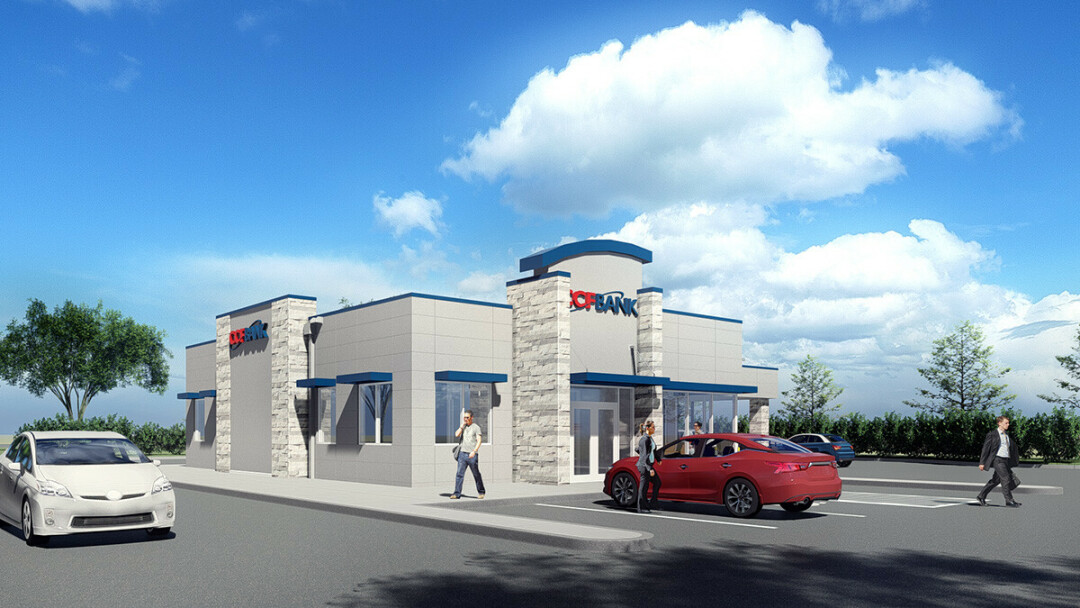 Altoona-based CCFBank recently unveiled plans for a new Eau Claire branch which it expects to open in early 2022. The new branch will be built on the same parcel as CCFBank’s existing Eau Claire branch, 3625 Gateway Drive.

The current office will continue to operate until the new one is completed, the bank said. “Our current branch and administrative office at Gateway Drive greatly exceeds the amount of space we need to serve our customers at this location,” said Stephen Bianchi, CCFBank president and CEO. “We’re building a more environmentally sustainable, modern, and full-service branch while also creating space for new development. That’s a win all the way around – for our customers, the city, and the environment.”

The current 10,300-square-foot building was a branch location and the administrative headquarters for United Bank, which CCFBank acquired in October 2018. United’s operations and processing functions were relocated to CCFBank’s headquarters, leaving more space than is needed for the existing branch and office building.

The property is near the intersection of Gateway Drive and Prill Road, not far from Kohl’s, Target, and Menards on Eau Claire’s south side.

The new building will have 2,300 square feet, and its smaller footprint will allow CCFBank to split up the three-acre parcel, allowing for future commercial development on the site. While smaller, the new branch will, according to CCFBank, “include the same customer-focused features as the current branch, including full-service personal and business banking; in-person teller transactions; continued ability to meet with a banker; and other great banking services such as safety deposit boxes.”

“The pandemic disruption allowed us to reimagine our land and building needs and focus on improvements to our customers’ experience,” said Tyler Tomesh, chief banking officer. “We are adding new technology to increase the speed of teller transactions, creating flexible office space for employees to work and meet with customers, and widening our drive-through lanes to accommodate larger trucks and vehicles. These improvements will make it even easier and more enjoyable to bank with us.”

Learn more about CCFBank at www.ccf.us.