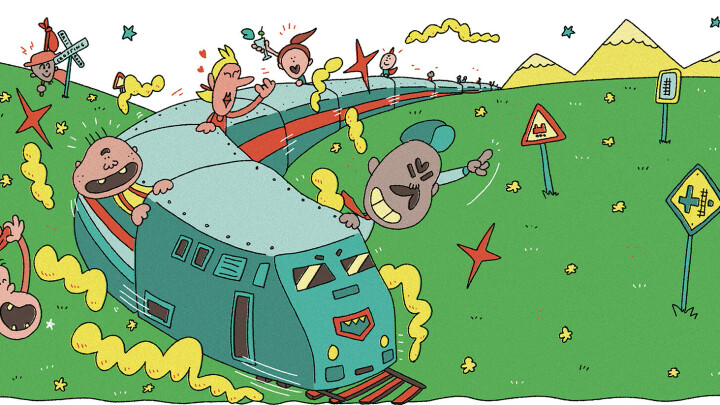 reflecting on history, looking to the future of rail travel in the Valley

A passenger train ran through the Chippewa Valley from 1884 to 1965 – think corsets to miniskirts, telegraph to fax, The Adventures of Huckleberry Finn to The Autobiography of Malcolm X. For over the past two decades the West Central Wisconsin Rail Coalition – volunteer business owners, government officials, environmentalists and other concerned citizens – rallied for a passenger rail service through our area. In recent weeks, Eau Claire’s County Board and City Council voted to join other area cities to form a regional commission to collaborate with them. The end goal: a passenger train to the Twin Cities.

Scott Rogers, chair of the coalition and VP of Governmental Affairs for the Eau Claire Area Chamber of Commerce, pitches what train travel can offer: “A safer, stress-free, productive way to travel. … Without having your hands glued to the wheel, you can get work done or just relax with a book or electronic device, talk with friends, meet people, or even take a nap.”

To many americans, trains represent freedom – an opportunity to go wherever the rails take you. 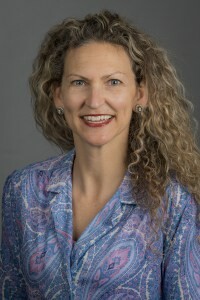 Experts predict that post-pandemic, more workers will be interested in train ridership. People have discovered while working from home that their most valuable resource is time; trains save time.

This aligns with U.S. Transportation Secretary Pete Buttigieg’s focus on railway infrastructure that moves our country away from what he calls “the chokehold of car culture.” President Joe Biden knows firsthand how a high-speed train from Delaware to D.C. allowed him to tuck his children in at night. His Build Back Better plan may spur what he dubbed a “second great railroad revolution” – a bipartisan investment.

To many Americans, trains represent freedom – an opportunity to go wherever the rails take you. McDonell Central teacher Marty Crowe told his high school students stories about riding the tracks as a young man during the Great Depression, hopping on an open car city to city with just a quarter hidden in his shoe. More than 30 years later, when I recall Marty’s tales, I can still feel that coin beneath my own toes.

Despite the romance, train travel is also good business: it promotes tourism surrounding both depots, allows skilled workers to easily commute between cities, and saves on fossil fuels. Another perk: even at a high speed, trains make us slow down and look out the window.

Beginning in 1935, the Twin Cities 400 – “fastest on the American continent” – offered a stop in Eau Claire when it made the 400-mile trek from Chicago to Minneapolis-St. Paul. It was discontinued in 1963, much to the protests of avid passengers who claimed The 400 offered “comforts similar to a corporate jet, including air conditioning and drinking fountains.” Riders reported that they enjoyed the breathtaking views – much like train lovers do today. Passengers without access to cars or people unable to drive were especially lost after The 400 quit running. That is still true.

Though I am a railroader’s daughter, I did not ride a train until I was 40: the Amtrak to Chicago. I was hooked from the start. Waiting at the Tomah platform, a third grader in full camouflage told me he was going to his older brother’s Basic Training graduation. He giggled. “I call it ‘boob camp.’ ” His mom swatted the back of his head. He giggled some more. This interaction would likely never happen in a mind-your-own-business airport. My friends got on in St. Paul, and we gathered in the bar car to watch the countryside go by at 79 miles an hour.

I ran into former railroad worker Emery Crowley in 2019 at a UW-Eau Claire alumni event. He told me, “I worked for your dad Joe See on the Soo Line.” Em held summer jobs there – janitor, boxcar loader, ticket seller, yard clerk – because his father was an engineer. Em said, “Joe called my dad ‘Growly Crowley.’ ” In the late 1950s, my dad’s third-shift crew included this son of his co-worker. I laughed. “That sounds about right.” My dad had a nickname for everyone, from the paperboy (Slow-Poke) to the president (Tee-Rump).

Em, now 83, spent 47 years working in transportation. As a kid, he loved toy train sets. Many boyhood summers were spent riding the train to a cousin’s farm. When he returned from military service the Soo Line brought him home. Em worked on the very last passenger train in Wisconsin. Until 1965, the year he graduated college, “The Laker” operated an overnight service from Chicago to Duluth-Superior with stops in Chippewa Falls and Owen. Though not as well known or crowded as The 400, this final Soo with passengers marked the end of an era.

It’s still too soon to tell if that train whistle is moving away or coming back once again.