Foxconn Property in Downtown Eau Claire Now Up for Lease 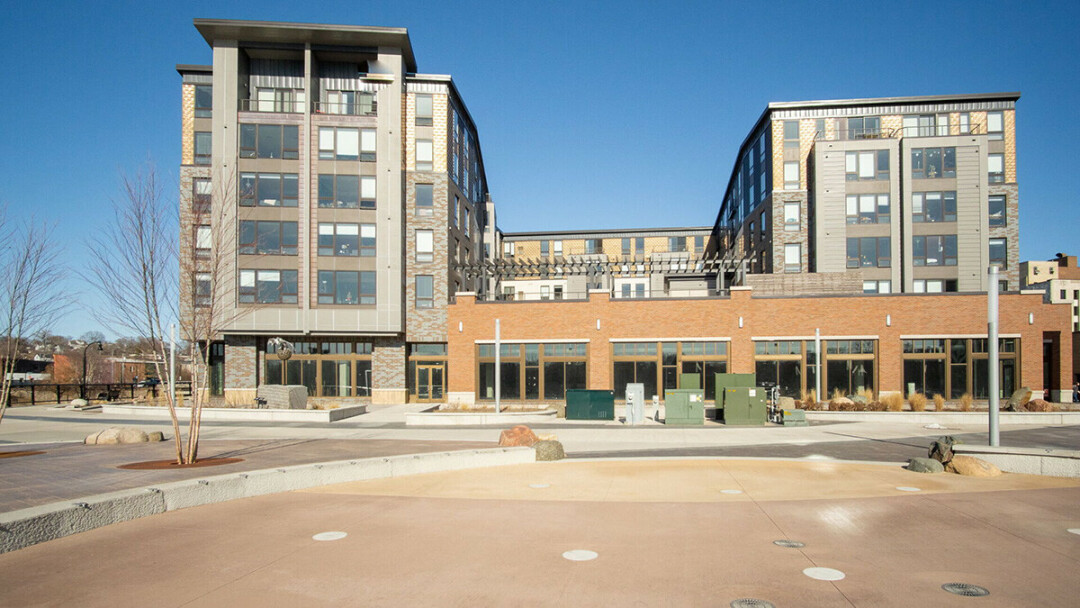 SPACE ODYSSEY. Foxconn owns three condominium units on the ground floor of the Haymarket Landing building in downtown Eau Claire. They are now up for lease. (Photo by Commonweal Development)

Nearly three years after announcing it would create a technology hub in Eau Claire, Foxconn Technology Group is trying to lease out three units it owns in downtown Eau Claire’s Haymarket Landing building.

The condominium units – which total about 15,500 square feet on the ground floor of Haymarket Landing – were purchased by Foxconn in late 2018, but have remained empty. Commonweal Development, which built the six-story mixed-use building, and CBRE, a national real estate firm representing Foxconn, are now marketing the units for lease.

We’ve been really disappointed over the last three years, since so many of those properties have been purchased and not put into service.

“We’ve been really disappointed over the last three years, since so many of those properties have been purchased and not put into service,” Schaefer said of Haymarket’s commercial condo units. Several of the units that have been sold or leased are in use – for example, by Olson’s Ice Cream, Freedom Fitness, and the Children’s Museum of Eau Claire – but others have remained empty since the building was completed in 2016. (The upper floors are leased by UW-Eau Claire for student housing.)

Haymarket Landing was built across Haymarket Plaza from the Pablo Center at the Confluence, the shared community-university arts center. The Pablo Center and Haymarket Plaza were supposed to be completed at the same time in 2018, but the plaza wasn’t finished until the following year – meaning that potential commercial tenants in Haymarket Landing had a view of backhoes instead of the completed plaza, with its fountain, sculptures, and river vistas.

This delay was compounded by the disruption of the COVID-19 pandemic and the elusive nature of Foxconn, which purchased units that were originally envisioned as restaurants or brewpubs, not high-tech office space (which never materialized anyway).

“It hasn’t come alive yet – the energy that we envisioned and the density of people working and recreating and dining,” Schaefer said of the vibe that was intended for Haymarket Landing. Now, he hopes, that vision might be realized.

Foxconn, a Taiwanese technology giant, arrived in Eau Claire – and Wisconsin – with great fanfare in the summer of 2018. At the time, Foxconn and then-Gov. Scott Walker said the company would create an “innovation center” – Foxconn Place Chippewa Valley – and at least 150 jobs in the area. 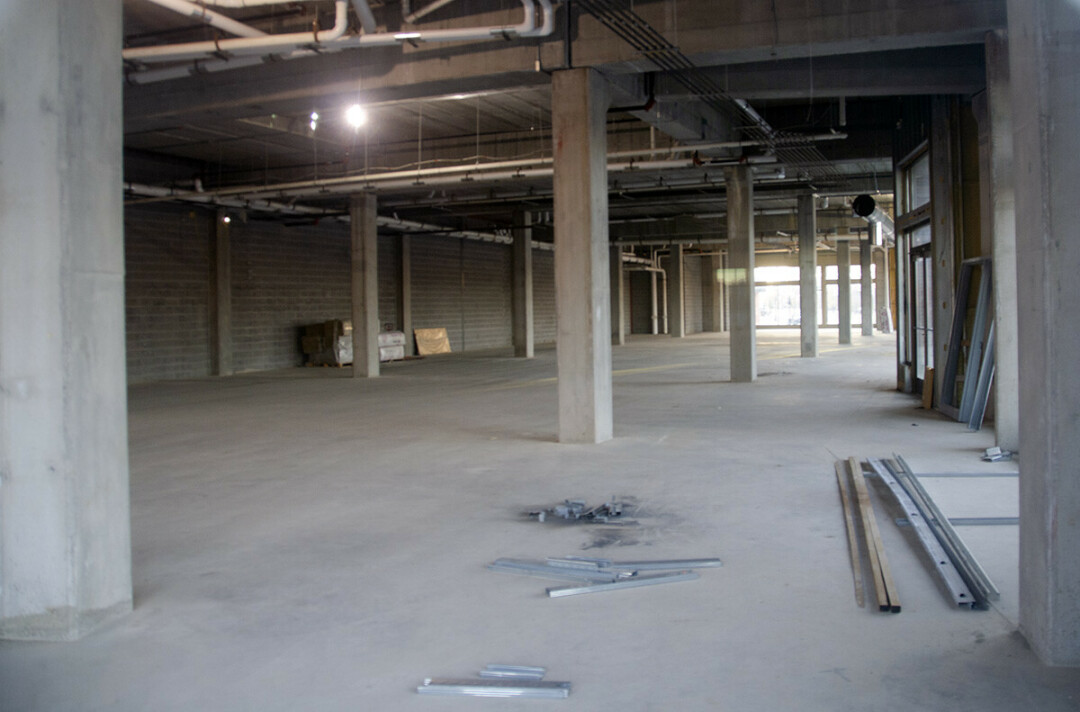 FOXCONNUNDRUM. The space purchased by Foxconn in Haymarket Landing has remained vacant since 2018.

And although Foxconn purchased the Eau Claire property in November 2018, it has done nothing with it. Last fall, Aaron White, the City of Eau Claire’s economic development manager, told Volume One that while Foxconn originally received permits to upgrade the space, it appears to have done little remodeling there. Eventually, the company stopped communicating with the city altogether.

Likewise, Foxconn’s initial promises to the state of Wisconsin failed to reach fruition: Originally, the firm said it would build a $10 billion flat-panel screen manufacturing plant in Racine County – dubbed the “eighth wonder of the world” by then-President Donald Trump in 2018 – in exchange for nearly $3 billion in state and federal tax incentives. The deal was supposed to create 13,000 jobs. However, Foxconn’s plans changed repeatedly over the ensuing years, and this April the company renegotiated its deal with the state of Wisconsin. According to Wisconsin Public Radio, under the revised agreement Foxconn will invest $672 million in Wisconsin over the next five years and create 1,454 jobs by 2024 in exchange for $80 million in tax credits.

As the headline in a recent CNN Business article put it, “Foxconn’s giant factory in Wisconsin sounded too good to be true. Turns out it was.”

Coincidentally, in the same week that Commonweal Development announced that the Foxconn units were up for lease, the company apparently opened a data center at a globe-shaped building at its campus in Pleasant Prairie, Wisconsin.