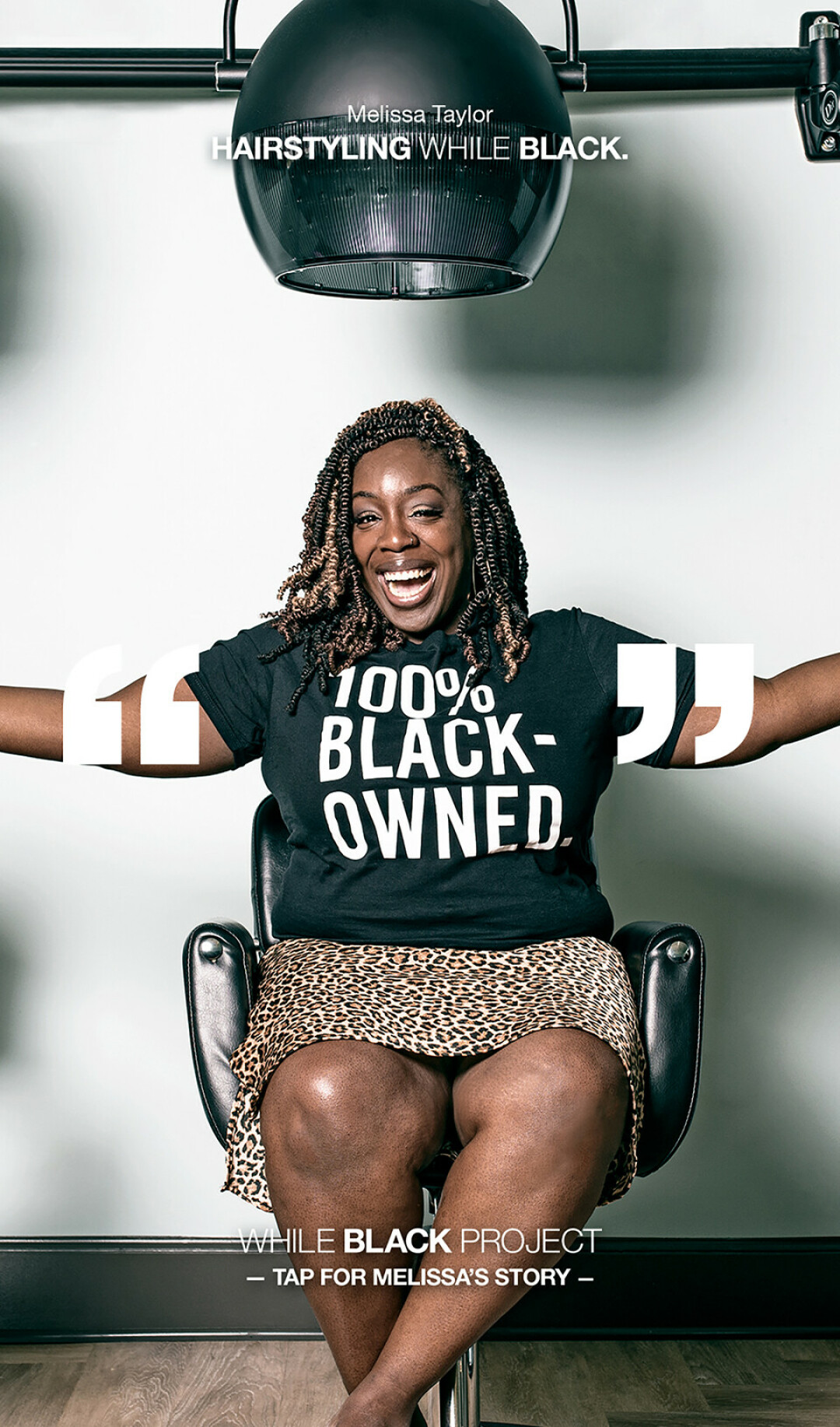 Melissa Taylor, owner of the Beauty Lounge of Minneapolis, is featured in “Hairstyling While Black” at the While Black Project. (Photo by Tyson Crockett)

A complex range of emotions coursed through  Herschel McPherson when he heard the news and saw the video of George Floyd’s death at the knee of a Minneapolis police officer in May 2020.

Shock was not among them.

“It was shocking to people," McPherson said, "but not to people like me."

As a Black man residing in the Twin Cities, he lives on an uneasy edge of suspicion every day. Police officers have stopped him time after time while out for a run – for no apparent reason other than being Black – in the North Loop neighborhood where he used to live. Tenants in his apartment building asked him if he lived there when he entered, despite his key in hand.

I was thinking, 'I haven't done enough.' It was a tipping point. 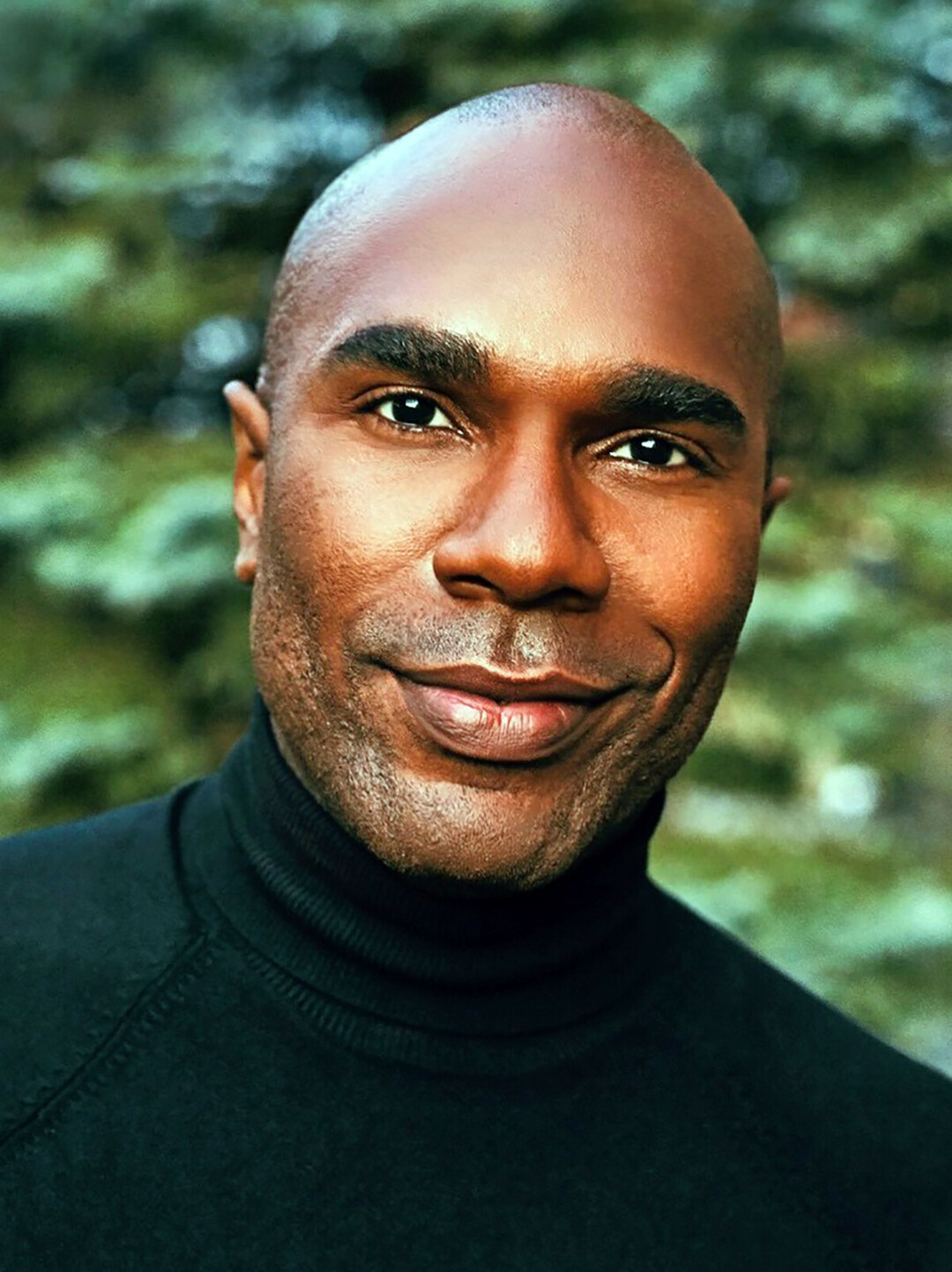 Creator of the While Black Project

Life in America while Black, or Latinx, Asian, African American, or Indian is vastly different than while white, he said, and his emotions boiled into resolve as he watched the news.

That night, he began to write, and created the While Black Project, a plan to collect stories that illuminate the challenges Black Americans face in daily life.

“It’s not always about someone being shot or killed by a police officer," he said. "We need to put a spotlight on the honest and heartbreaking truth of being Black in America.”

The website went live on Jan. 1. With 12 video accounts of everyday microaggressions and more to come, the While Black Project is on its way to making a difference and realizing McPherson’s goal. 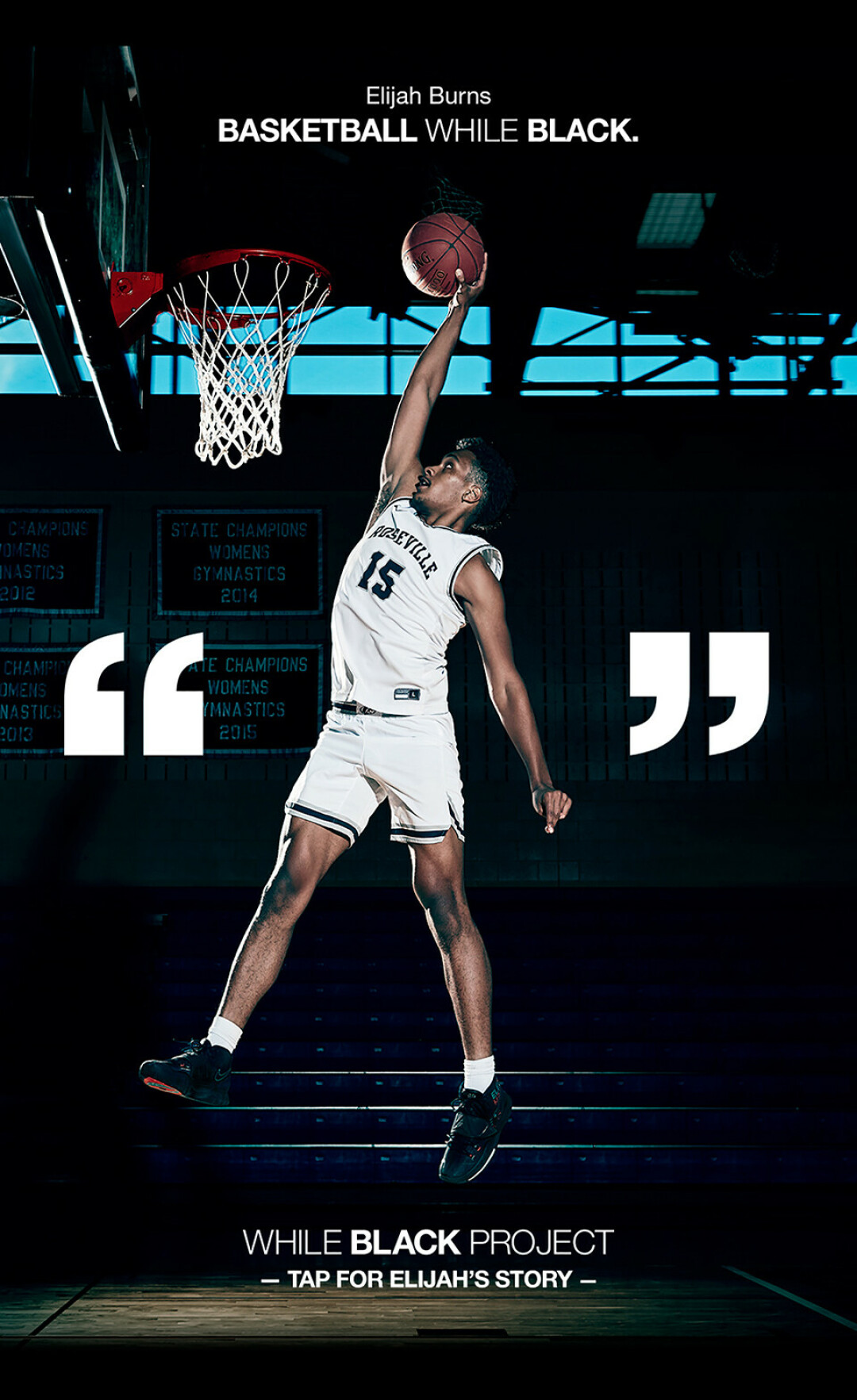 Elijah Burns, high school basketball player, is featured in “Basketball While Black” at the While Black Project. Photo by Michael Haug

An early sign of success and validation was achieved in March when the website’s introductory video received a gold award at the Show, the annual Twin Cities AdFed competition.

The one minute, 35-second video was written and narrated by McPherson, who has also modeled and voice acted. It was created by one of McPherson’s friends, Andrew Beckman, a UW-Stout alum (Beckman earned a graphic design degree in 2009).

Beckman is now a design director at the Superhuman agency in Minneapolis, where he has won numerous awards and worked with brands such as Coca-Cola, 3M, Jack Links, Target, Nike, and American Eagle.

Beckman and McPherson were co-honored. McPherson wrote the script and recorded the voice-over.

McPherson is a creative director, writer, and stylist specializing in fashion and lifestyle brands. His work includes various Target brands and minority-owned businesses Queen Anna boutique in the North Loop, the Donut Trap and Maria Barrantes.

“Ultimately, the message is what’s important," Beckman said. "As a white guy, I feel like this whole previous year has opened a lot of people’s eyes. It’s a topic that a lot of people need to spend a lot more time and attention on. It’s time to do a lot more listening.”

“Knowing this is such an important topic, I didn’t want to make it super-flashy,” he said.

Others who have supported the project are: Mono, which edited the videos and helped design the website; photographers Jimmy Eagle and Michael Haug of Blue Ox Minneapolis, which shot the videos; and Nicola Curci, a graphic designer from Italy with Creative to the Bone. 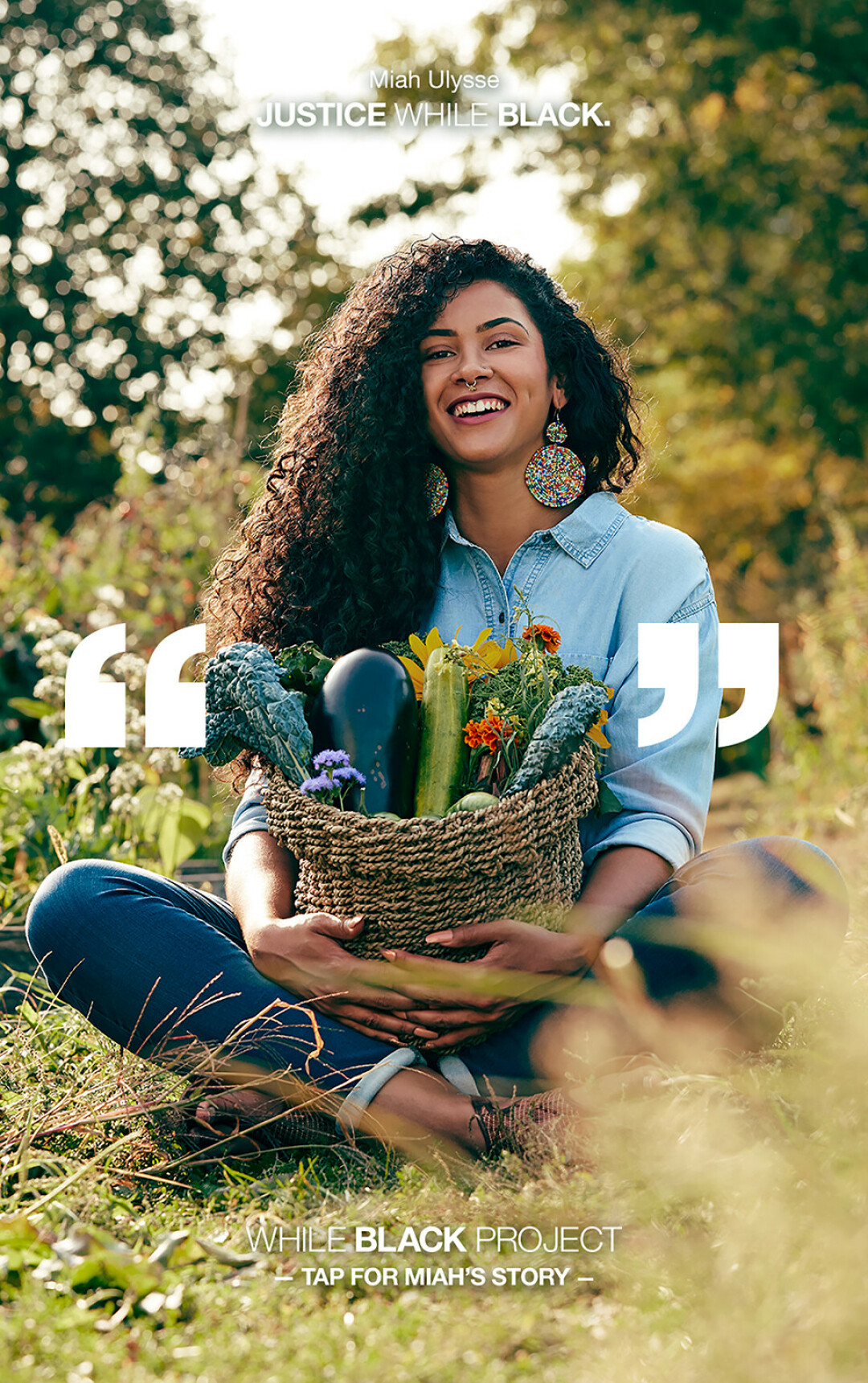 Miah Ulysse, principal at Ruted Solutions and Minnesota Food Justice Summit co-chair, is featured in “Justice While Black” at the While Black Project. Photo by Michael Haug

Nagesh Shinde, a graphic design and interactive media professor at UW-Stout who taught Andrew Beckman, also is inspired by the project.

Shinde, who was born in India and lives in St. Paul, said that accent as well as skin color can trigger microaggressions.

“People don’t understand how damaging microaggressions are," Shinde said. "I sum it up as death by 1,000 cuts. We need projects like this to have discussions and have a safe space to talk. If we’re not comfortable, that’s the reason we should talk about it.”

“For me, it’s all about the honest storytelling,” McPherson said. “It’s important that we continue to have this content that is not watered down. It’s truly a conversation starter and about creating dialogue.”

McPherson was stopped by Minneapolis police so many times while jogging alone that he joined a running group. “It doesn’t matter if you’re educated or live in a condo or own your own home and follow the rules. What they see is a Black man, and they have notions of who you are based on skin color,” he said.

He hopes to post stories from every state. In the planning stage is an installation at the former Apple store on Hennepin Avenue, in Uptown. The store was damaged then vacated after the Minneapolis riots. McPherson has been offered the space by the building owner.

A While Black Project mural, in partnership with artist and social justice activist Cadex Herrera, will cover the storefront later this spring or summer.

The project is also partnering with Hypno, a video technology company, to “help us capture stories at scale,” McPherson said.The dream is to change America. It’s a tall order but one that McPherson, Beckman and other creative professionals from the Twin Cities have taken on with the While Black Project.

“We’re all authors on the American story," McPherson said. "Every person we meet is a character who can change the arc of a single interaction. Together, we can be that change to ensure everyone’s story leads to a brighter future for us all."