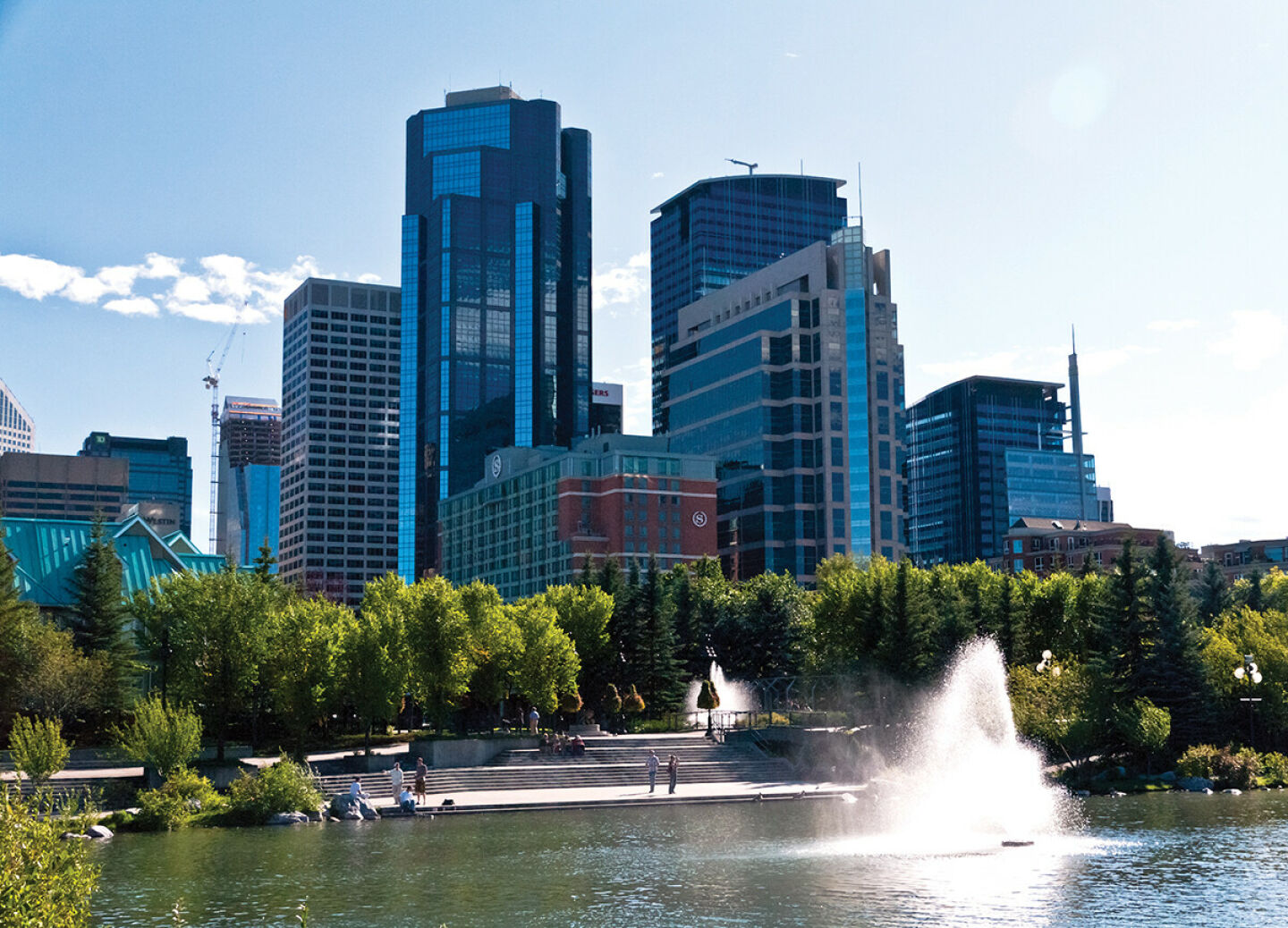 Other Eau Claires: Five Places That Share a Name With Our City

from Calgary to South Carolina, ‘Clear Water’ is a popular name 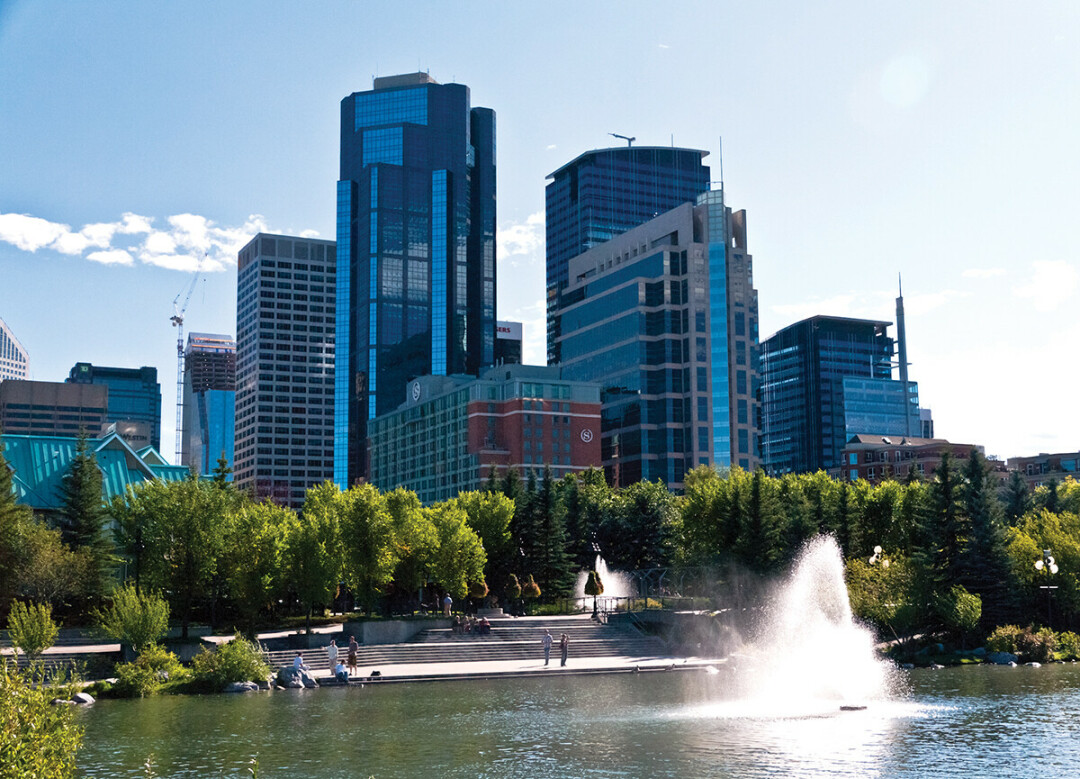 Sorry to break it to you, but Eau Claire, Wisconsin, isn’t the world’s only Eau Claire. In fact, it’s not the only community in the Upper Midwest that carries the name. Here are five other places you can visit that bear the French moniker for “Clear Water.”

Perhaps the best-known of the “other” Eau Claires is a neighborhood near downtown Calgary, Alberta. Like the Eau Claire we’re more familiar with, this Eau Claire has a river, beautiful parks, music festivals, and a history thick with sawdust. In fact, this Canadian Eau Claire actually takes its name from our Eau Claire: Specifically, it was founded in 1886 when entrepreneurs from Eau Claire, Wisconsin, looked north and transplanted their operations to the banks of the Bow River near the new community of Calgary. (They literally dismantled a sawmill and loaded it on a train to Canada, bringing Norwegian laborers with them.) The Eau Claire & Bow River Lumber Co. sawmill continued to operate until 1945. Later, the industrial area was reclaimed (much like our Eau Claire’s Phoenix Park), and now the Eau Claire neighborhood is the site of condominiums, restaurants, hotels, riverfront parks, and the Eau Claire Market shopping center. One of the neighborhood’s highlights is Peace Bridge, which crosses the Bow River into Eau Claire. Built in 2012, the bridge is unsupported by cables or beams, giving it an unusual appearance and the nickname “the Finger Trap Bridge.” The bridge was designed by Spanish architect Santiago Calatrava, who is also known for designing the Milwaukee Art Museum – another Wisconsin connection. 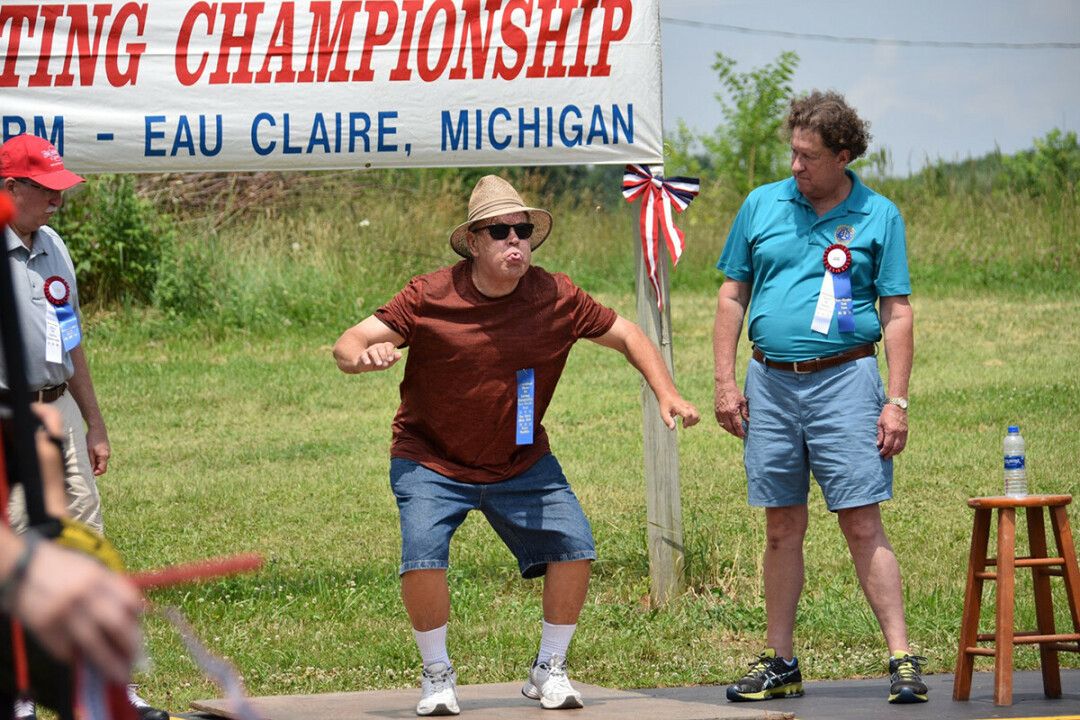 Much closer to home is the village of Eau Claire, Michigan. Eau Claire is located in Berrien County in far southeastern Michigan, just a few miles from the Lake Michigan shoreline. With a population of just about 740 people, this Eau Claire is considerably smaller than its Wisconsin cousin. When it became a village in 1861, the community was dubbed “Eau Claire” because of the crystal-clear quality of a nearby brook. Today, the region is known for cherry growing, and Eau Claire is home to a Cherry Festival each Fourth of July. Starting in 1974, Eau Claire’s Tree-Mendus Fruit Farm began hosting the International Cherry Pit Spitting Championship. It is there that the current Guinness World Record for cherry pit spitting saw set in 2004, when Brian “Young Gun” Krause spit a cherry stone an astounding 93 feet, 6.5 inches! 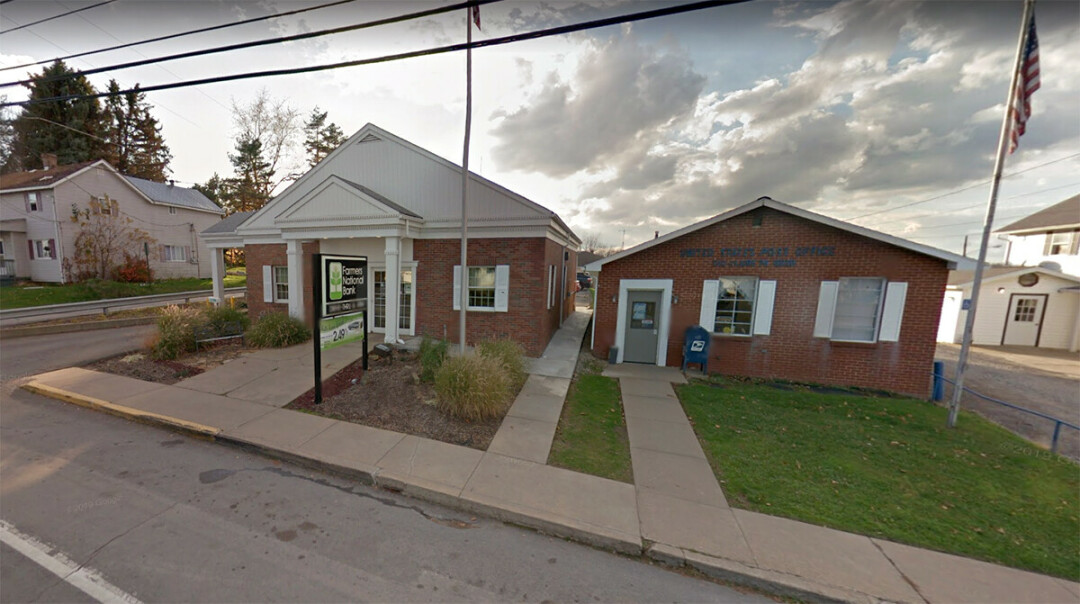 There's not much to tiny Eau Claire, Pennsylvania, but they do have a post office (right) and a bank. (Source: Google Street View)

Even smaller is the borough of Eau Claire, Pennsylvania, which has a population of about 300 people. It is located in rural Butler County in far western Pennsylvania, about an hour north of Pittsburgh. Unsurprisingly because of its size, there’s not much to this Eau Claire: the community has a couple of churches, a post office, a bank, a ballfield, and a funeral home. 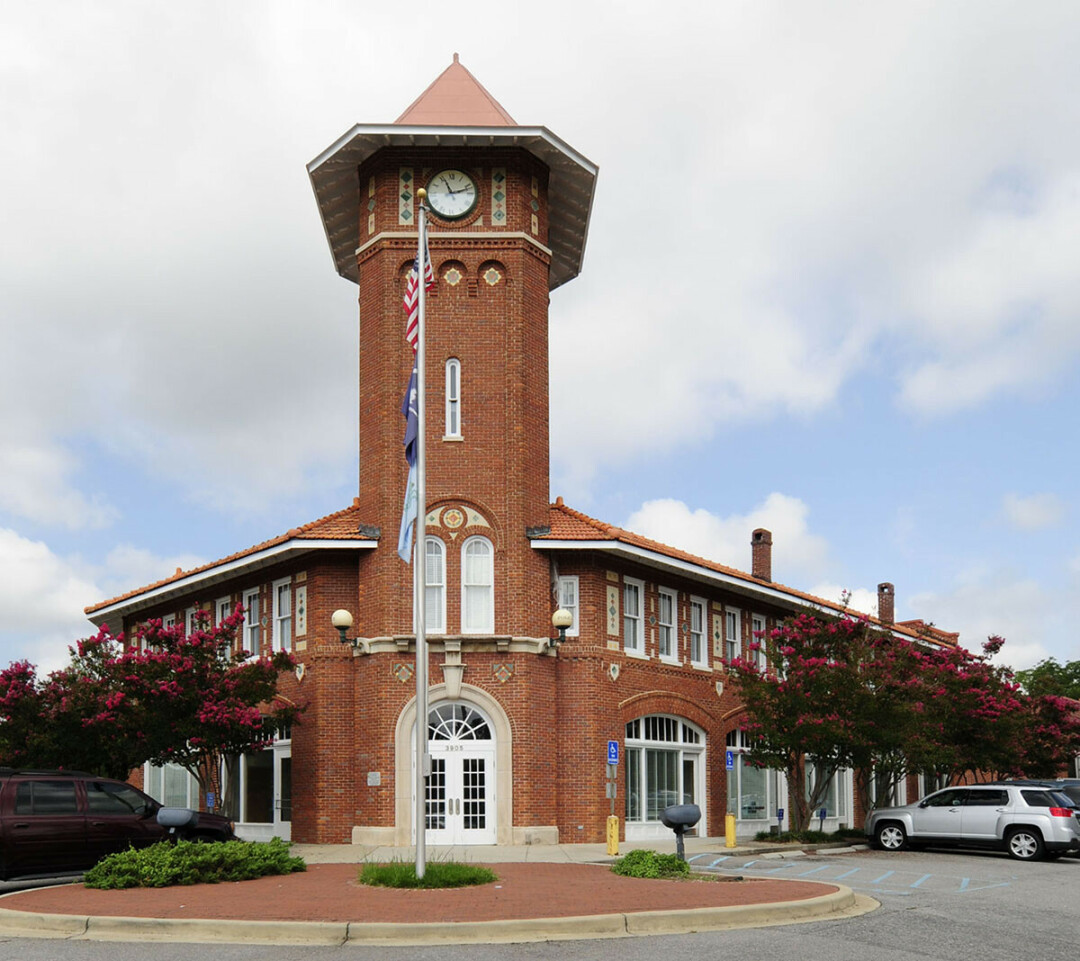 This Eau Claire is a neighborhood of Columbia, South Carolina, with a population around 21,000. Before it was annexed into the city of Columbia, Eau Claire was an independent town between 1899 and 1955. Today, the community’s identity lives on through Eau Claire High School (Go Shamrocks!) and the Eau Claire Town Hall and Survey Publishing Company Building, a unique brick building with a four-story tower that’s on the National Register of Historic Places. 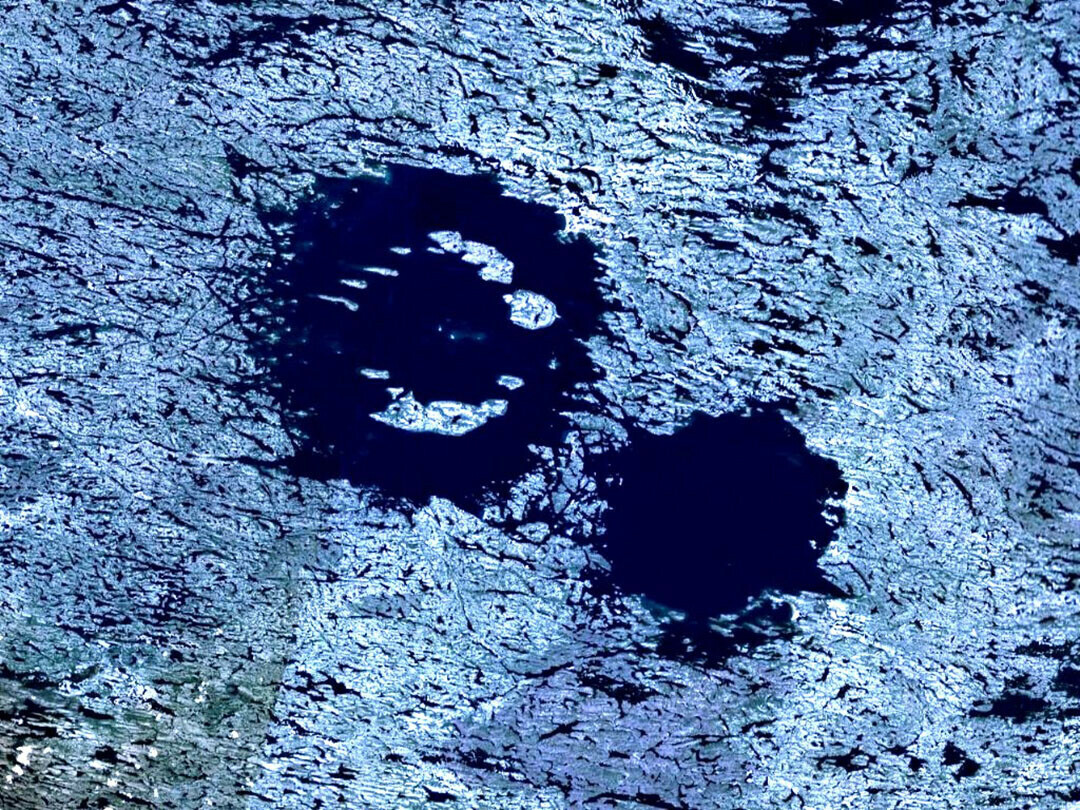 Considering Quebec’s French history, it’s unsurprising there’s an Eau Claire in this Canadian province. This Eau Claire isn’t a city or settlement, however: It’s a 534-square-mile twin lake in northern Quebec – known as Lac à l’Eau Claire in French, Clearwater Lakes in English, and officially as Lac Wiyâshâkimî (from its name in the language of the indigenous Cree). The double lake is dotted with dozens of islands and was formed by the impact of an asteroid (or possibly asteroids) hundreds of millions of years ago. It’s now part of the vast Tursujuq National Park. If you’re eager for a visit, you’ll have to either charter a plane or wait for winter and travel by snowmobile or dogsled!