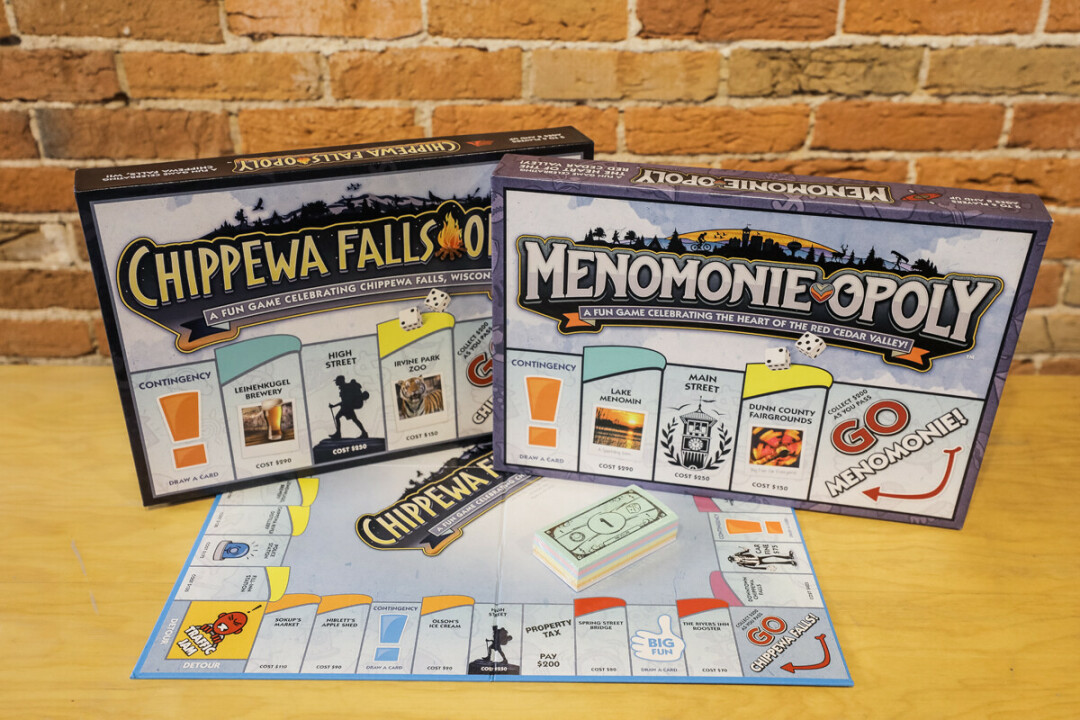 Chippewa Falls and Menomonie were recently added to a series of localized Monopoly-style board games, nicknamed “Local Opoly.” The cleverly dubbed Chippewa Falls-Opoly features local favorites such as Leinenkugel’s Brewery, Olson’s Ice Cream, and the Chippewa River Distillery. It also showcases iconic landmarks such as Falls Bowl, the Chippewa River, and Lake Wissota. Some well-loved areas included in Menomonie-Opoly are the Acoustic Café, Marion’s Legacy, Red Cedar Speedway, and Devil’s Punchbowl. Bill Schulte, co-owner of Late for the Sky – producer of the game – said the company strives to capture the essence of tight-knit local communities that are well-loved by the people who live there. “You could write the game 50 different ways,” said Schulte, “but we try to incorporate those places that are universally enjoyed by locals.” Eau Claire is already one of 11 Wisconsin towns included in the game series. The Local Opoly games can be found at your local Walmart for $19.98.