Sawmill Flats would be built next to city’s Cannery District

Providing “attainable housing options” for residents is the goal of an apartment development proposed by Pablo Group on the edge of the Cannery District in Eau Claire.

The newly announced Sawmill Flats would be a three-story, 28-unit building just west of the Eau Claire Children’s Theatre. Its design will reflect the city’s logging and industrial heritage, including the use of “exposed timbers and other exterior site elements,” Pablo Group says.

The Eau Claire Plan Commission will consider a request to rezone the property and to approve a development plan at its meeting at 7pm Monday, April 19. If approved, the matter would go before the City Council the following week.

According to Pablo Group, Sawmill Flats would replace two single-family homes and four undeveloped lots between Maxon and Platt streets, just south of the boundary of the Cannery District, a neighborhood on the west bank of the Chippewa River, north of Madison Street.

According to city documents, “the proposed project is intended as infill redevelopment and as a transition between the existing residential neighborhood to the west and the commercial and mixed use Cannery District to the east and south.” 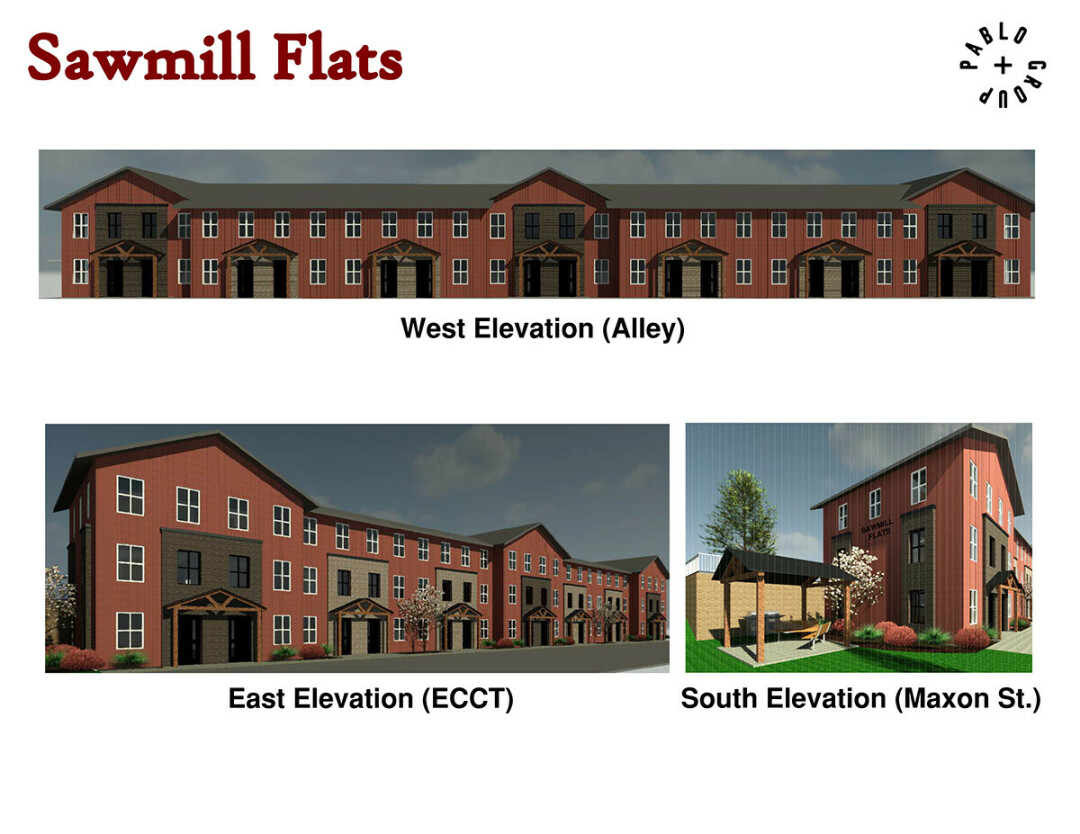 The formerly industrial neighborhood has become the focus of city redevelopment efforts in recent years. An apartment complex called The Current opened a block to the south last year, while a Duluth-based developer is in negotiations with the city to construct a 250-unit complex to the north.

Julia Johnson, a partner in Pablo Group, said the company recognizes “there is a high need for healthy homes that people can afford” in Eau Claire.

“Pablo Group has taken on a couple housing projects that preserved historic buildings within Eau Claire, but at high construction cost, creating rent rates at the high end of Eau Claire’s market rate for apartments,” she said. “Our goal with the Sawmill Flats is to add units to the market that are priced at a more attainable rent for a broader range of Eau Claire residents.”

If the project is approved, construction is slated to begin this summer, at the same time as the city is planning to rebuild Maxon Street and an adjacent alleyway, which runs between the site of the proposed development and the Children’s Theatre’s parking lot. Completion is planned for spring of 2022.

Sawmill Flats would be built on three-quarters of an acre, and would include about 19,800 square feet. The ground floor would have 14 one-bedroom apartments, while the two top stories would have seven three-bedroom units each. Plans call for 42 parking spaces as well as 28 parking spots for bicycles.

Learn more about the project and the upcoming meeting by visiting the Plan Commission website. 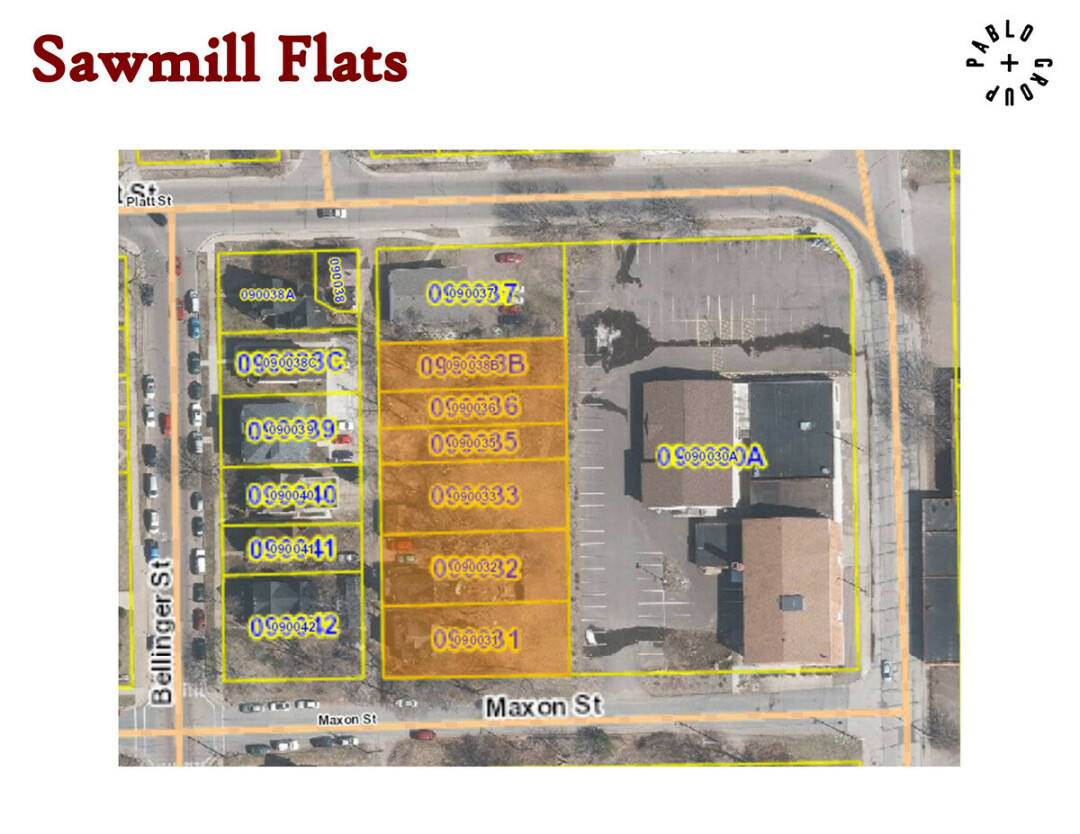 Sawmill Flats would be built just west of the Eau Claire Children's Theatre, adjacent to the Cannery District.
share
comments 1