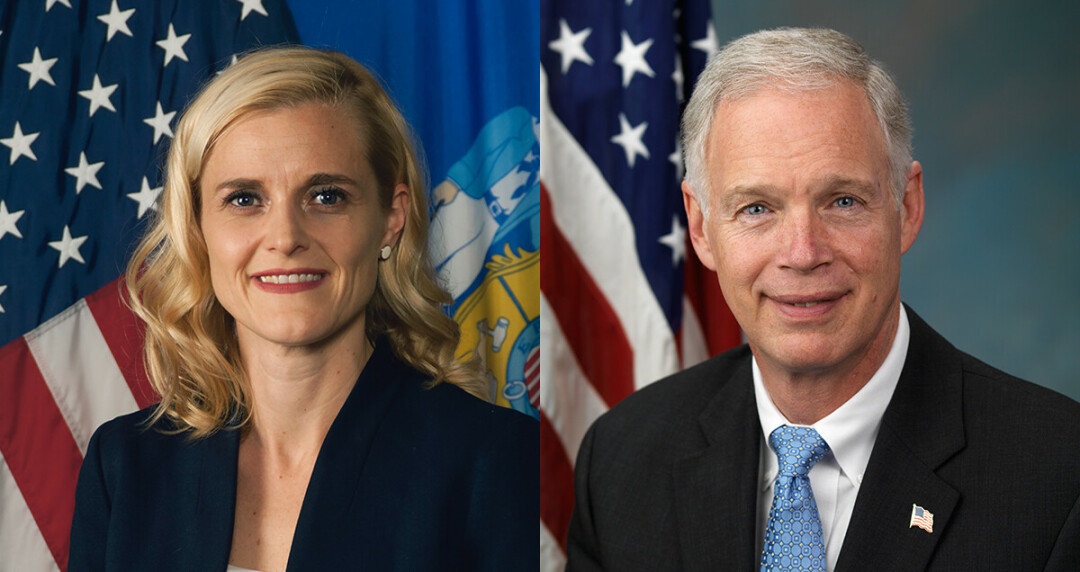 Godlewski, 39, was elected state treasurer in 2018 after successfully campaigning to preserve the office, which was the subject of a statewide referendum which would have eliminated the post.

Johnson, a plastics company owner from Oshkosh, was first elected to the Senate in 2010, when he defeated Democratic incumbent Sen. Russ Feingold. At the time, Johnson pledged to serve only two six-year terms. He is reportedly undecided on seeking a third term, though he said in March he was leaning toward retirement.

Considering the U.S. Senate is currently split 50-50 between Democrats and Republicans, control of any seat could flip the partisan balance of power.

In her campaign video – which is intercut with a variety of recognizable Eau Claire faces and scenes – Godlewski criticizes Johnson for his strong support of former President Donald Trump.

“I’m Sarah Godlewski and this is Sen. Ron Johnson. We’re … how do I put it nicely? Different,” Godlewski begins, before reeling off ways she and Johnson disagree, from expanding pandemic aid to the January attack on the U.S. Capitol.

“Join me in this grassroots campaign and let’s show everyone we can win this Senate seat for Wisconsin families,” she concludes.