History From the Passenger Seat 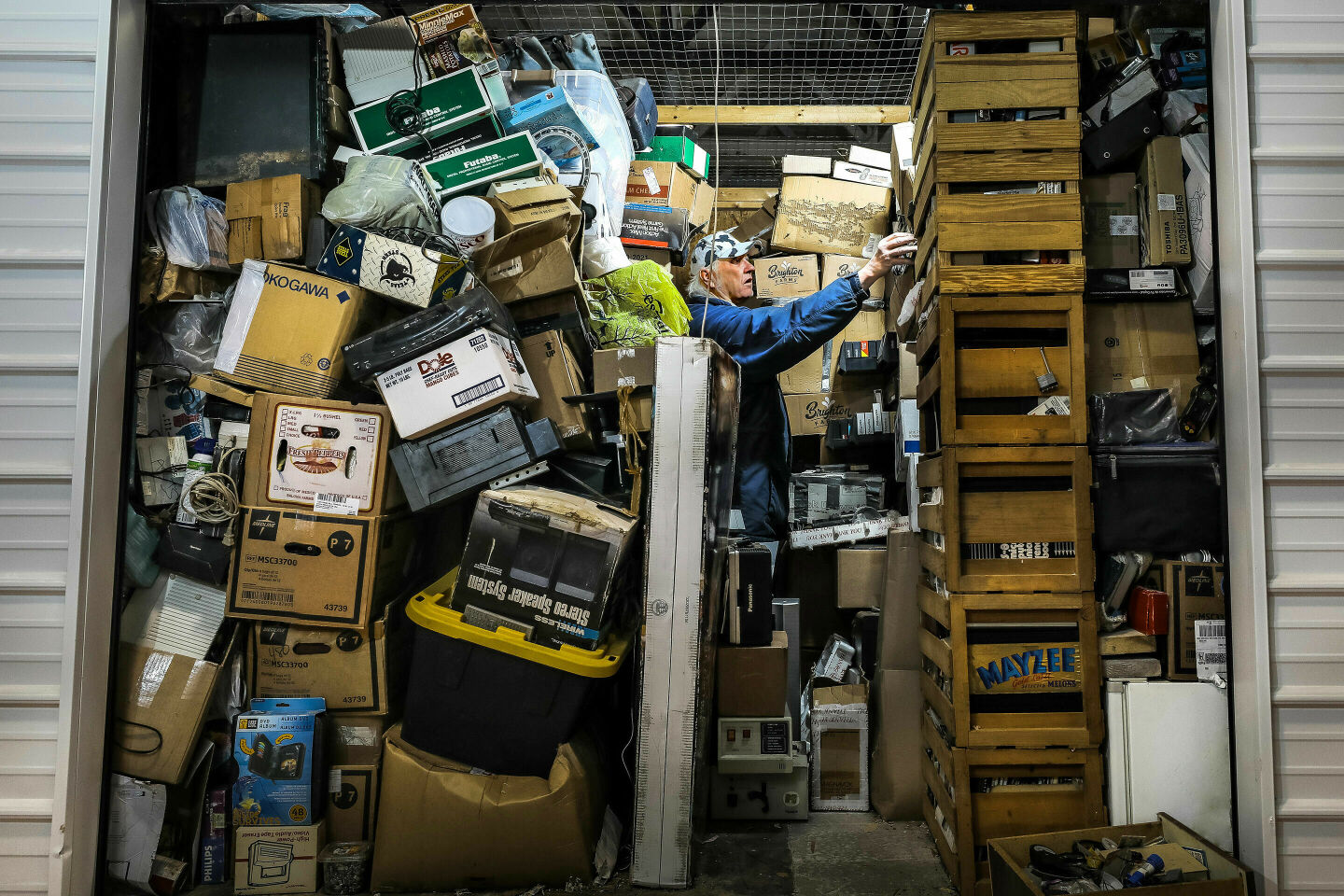 On Sunday, March 7, 2021, I decided to make history. Unfortunately for me, no wars were to be started or concluded in the Chippewa Valley that day. I wasn’t nearing any major sports milestones or wrapping up any masterpieces of art, music, or literature, and planning something nefarious isn’t in my nature. So, naturally, in the absence of any notable options, I did the next best thing: I went for a carwash.

If this sounds lacking in historical value, you’ve probably never slid down the rabbit hole of the Our Old Town Eau Claire Facebook community and the work of amateur local historian Roy Hoff Sr. His page features more than a thousand videos and tens of thousands of photos – some of which pertain to important events from the Chippewa Valley’s past. The huge majority, however, concern a different sort of history.

There are pictures of old postcards and newspaper ads, clips of old public access television shows, and – most famously – videos Hoff made while simply driving around town. However mundane this collection might sound, its popularity is undeniable. More than 20,000 people belong to the online group.

“I was born and raised in Eau Claire, never living more than five miles from where I grew up,” Hoff said. While he may not be the only lifelong local resident with a keen memory, he’s certainly one who has worked hard to document daily life in the Valley. His decades-long efforts started unexpectedly one afternoon in May 1983.

“I left the house and was on the porch,” Hoff said. “I closed the front door, and before I walked the six feet to the porch door, I lost my sight. I was blind.”

Roy has dealt with various physical disabilities his entire life, including the loss of sight in one eye prior to May 1983. But he was inspired. His ability to see came back a few minutes later, along with a revelation. “I wanted to record the world as I saw it,” he said. “If I was not around long enough to see my children grow into adults, I would have videos that showed what I saw.”

Unfortunately, there were no cell phones at the time, and 1983 even predated handheld camcorders. “I wrote my own how-to manual,” Hoff said. 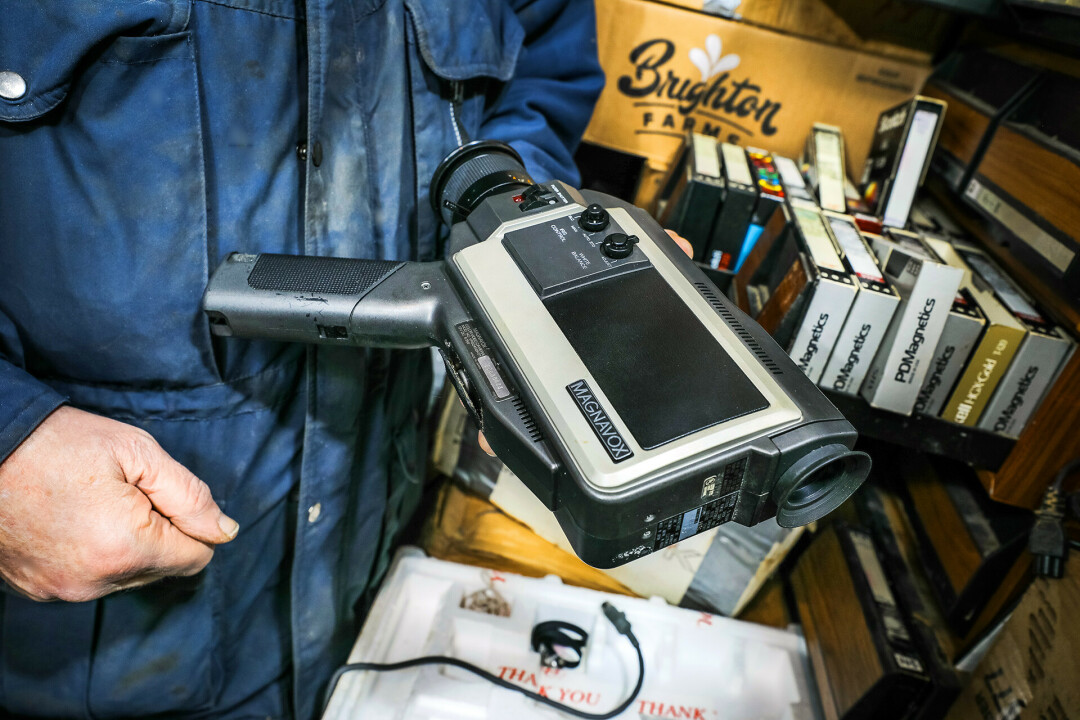 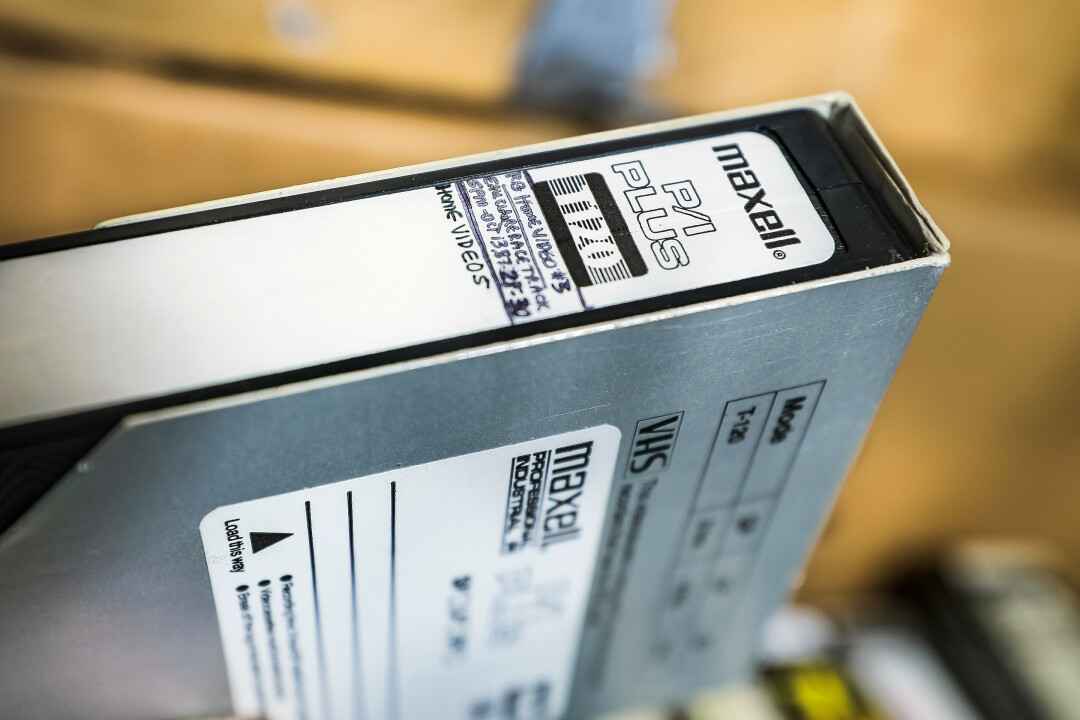 The system he invented comprised a video camera fed to a home VCR (a monstrous 22-pound, early ’80s version, mind you), all powered by a gas generator in the trunk of his car, with a fan for ventilation. With this rig, he drove around town in his 1971 Plymouth Satellite, sometimes on main thoroughfares and other times on quiet neighborhood streets, recording whatever passed in front of his windshield (and occasionally, his driver’s side window). If he had done this for a few Saturdays, it would have been a creative and impressive endeavor.

But Roy has never stopped recording. As of today, he has created more than 20,000 videos.

You may be wondering: What could possibly drive someone to put forth that much effort? In his fictional – yet remarkably autobiographical – self-published book Living with the Evidence, released in 2017 under the pseudonym Thomas Q. King, Hoff shares details of a tragic childhood lived under the shadows of abuse and health concerns. He often wished he could join Boy Scouts and play sports with other boys his age. But because of his physical challenges, he instead picked apart old televisions and other electronics, which helped him develop the expertise necessary to sail through classes in general electricity and appliance service in junior high and technical school.

In more ways than one, the struggles of Hoff’s formative years are the reason why the people of Eau Claire have such a fascinating record of life here in the final quarter of the 20th century and beyond.

While many have already discovered Hoff’s filmography, others remain skeptical.

At the outset, his videos don’t seem to offer much promise of excitement; driving around is perhaps the least exciting part of most of our days. Yet for some reason, many people – myself included – have spent dozens of hours following Hoff’s circuits around town. The most obvious appeal lies in the landscapes. Which buildings are still standing? Which have since been torn down? Fairly quickly, however, smaller details creep in, like the types of cars that people drove or the hairstyles and fashion of the occasional pedestrian. Hoff liked to play the radio while he drove, so viewers are even treated to the commercials of the time. Hearing names of long-gone businesses (Pizza Pit was one I hadn’t thought of in years) only adds to the experience.

All of this melds into a sense of historical intrigue that might even be more accessible (and certainly more thorough) than what’s available through books and museums. Have you ever wondered what Eau Claire looked like in 1986? Well, you’re in luck. Hoff can show you the entire thing, north to south, east to west.

Carrie Ronnander, director of the Chippewa Valley Museum, confirms that Hoff’s video library is the sort of thing that modern historians love.

“Up until relatively recently, everyday life has been the hardest to get to because most people didn't have the resources, or skills, to take photographs of life around them or record the details in an interesting manner,” Ronnander said.

What makes Roy Hoff’s output even more impressive is how well he’s been able to share his footage. In 1983, it would have been difficult for him to envision someday seeing his work on a local public access cable channel, much less hosted on websites like YouTube and Facebook. But in the early 1990s, he signed on with Community Television to turn his videos into shows, totaling 550 episodes by the time he was done. In 2014, he started Our Old Town Eau Claire on Facebook, and he has been uploading content there ever since.

This represents another bit of foresight on Hoff’s behalf, according to Ronnander.

“The most important thing to keep in mind is making sure that, whatever medium you use to tell ‘your’ story, people can access that medium 25, 50, 100 years from now,” she said. Lucky for Roy, the internet is forever.

Much work remains before Roy’s collection is fully digitized, however, and he has recently faced several setbacks. His wife passed away in 2019, and in the past year, storm damage to buildings on his property has put his collection in jeopardy. Thankfully, a strong network of former classmates has offered hope.

“My wife and I went to high school with Roy at Memorial,” explained George Utphall, former choir director in the Eau Claire Area School District. “Our class of 1971 has monthly mini-reunions and Roy’s nearly always there.”

It was at these reunions that Utphall learned of the damage, and he set up a GoFundMe page to assist with moving everything into climate-controlled storage and continuing the process of transferring old tapes and slides to hard drives. “The results were really gratifying,” Utphall said, as the fundraiser reached its goal in a matter of days. The campaign remains open, however, in hopes that more local history buffs will lend their support.

As for my own attempt at mimicking Hoff’s style, on that Sunday afternoon in March I wedged my cell phone in between my dashboard and windshield with poster putty. I charted a route north from my Mitscher Park neighborhood, down State Street, over on Water Street, then back up Clairemont Avenue to the carwash behind the new Jimmy John’s building on Craig Road. I returned home on Hamilton Avenue, and the resulting video is quite a bit more engaging than I assumed it would be.

You can see the nearly completed Kwik Trip on Lexington and the oft-debated roundabout at the top of State Street hill. Water Street doesn’t look anything like it used to when I was in college, and there aren’t many opportunities left to film what the north side of the Chippewa River looks like before construction of the Sonnentag Centre begins. I’ve driven those exact roads hundreds of times, yet when they’re captured on screen, something changes. That moment, that specific trip, becomes an artifact.

This means the Chippewa Valley has two reasons to thank Roy Hoff Sr.: First is his collection itself. His commitment to sharing his work with the city remains firm, and after all the uploading is complete, he hopes to donate his original materials to UW-Eau Claire and/or the Chippewa Valley Museum. Second, Hoff has provided us all a reminder that history isn’t all about headlines and expensive antiques. Before too many years have passed, people will find the processes of our daily lives in 2021 absolutely fascinating.

How fortunate that we no longer need huge generator-powered VCRs to offer them a glimpse.