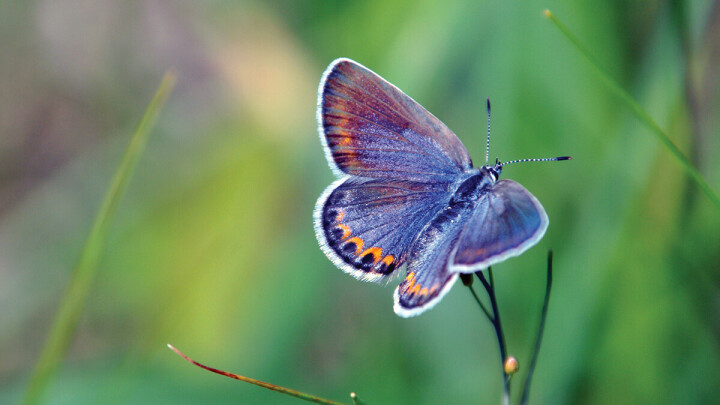 Have you seen are of these rare critters?

The U.S. population of bald eagles – once on the verge of extinction – has quadrupled over the past dozen years, the U.S. Fish and Wildlife Service reported in March. With luck, maybe the same can be said in the future for these endangered species that, like the bald eagle, are found right here in Wisconsin. 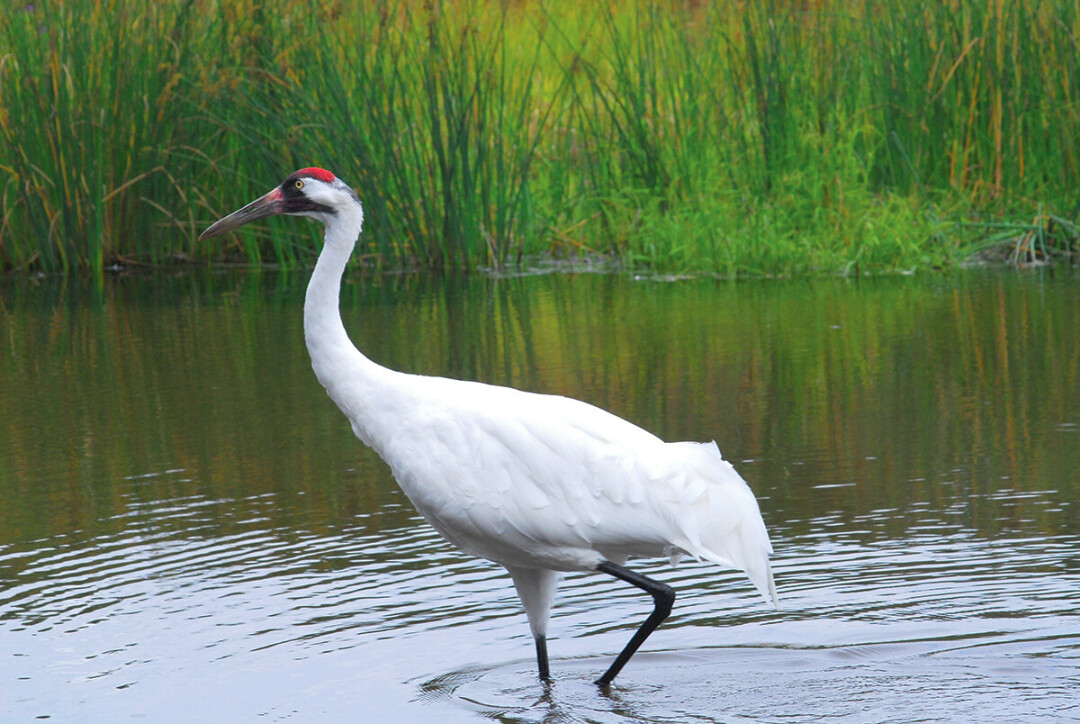 Much like the bald eagle, the majestic whooping crane – North America’s tallest bird at 5 feet – nearly went extinct during the middle of the 20th century. At one point, there were only 16 of the birds left in the world! In recent decades, wildlife officials have worked to establish a flock that migrates between Wisconsin and the Southern U.S. There are now about 80 birds in the flock, some raised in captivity, others born in the wild. 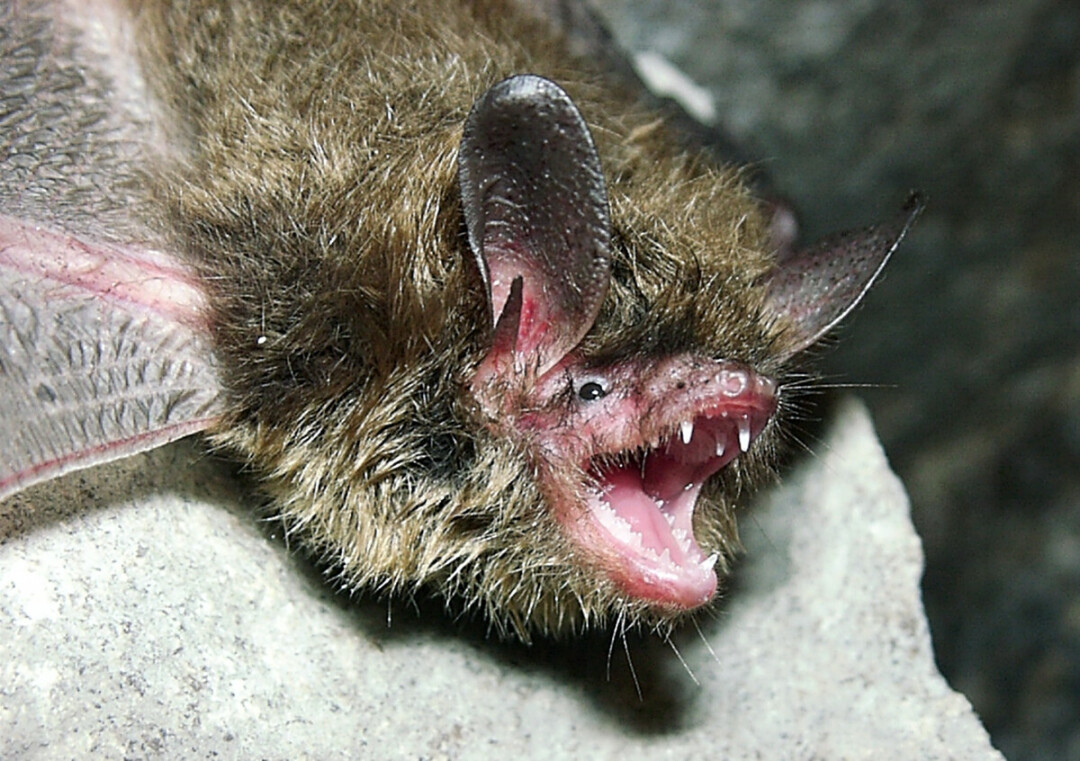 This furry flying mammal was added to the federal endangered species list in 2015 after the previously unknown white-nose syndrome decimated populations in the eastern U.S., including Wisconsin. (The number of bats declined by 99% at some hibernation sites because of the disease, which is caused by a fungus.) Adult bats weigh about a quarter ounce and have a 10-inch wingspan. Northern long-eared bats are found throughout Wisconsin, and they love to eat insects (so extinction would mean a LOT more mosquitoes). 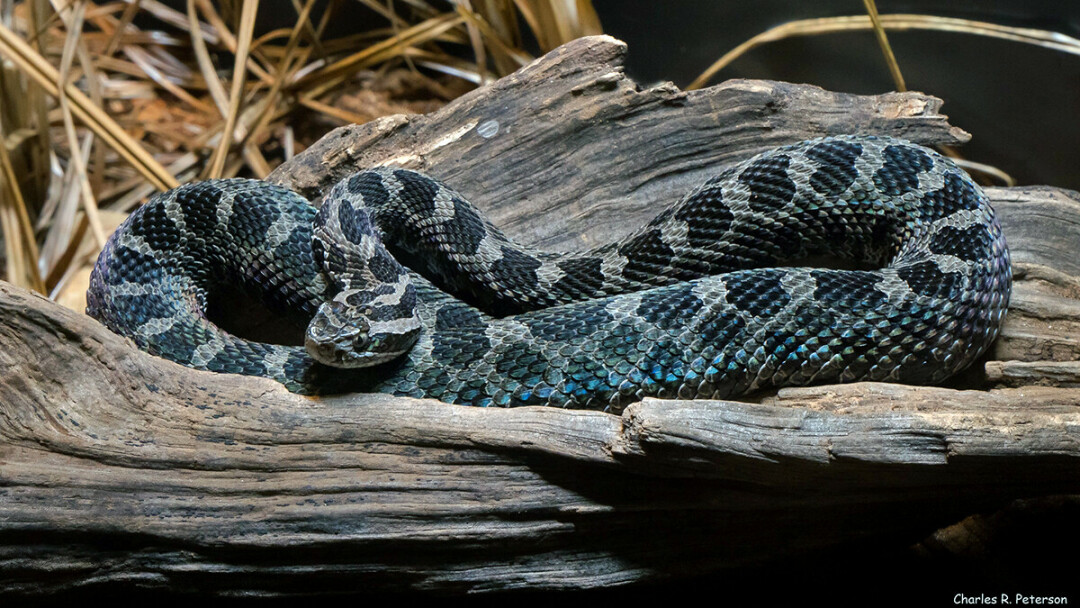 The eastern massasauga is one of only two rattlesnakes in Wisconsin (the other is the timber rattlesnake) and is one of the few endangered reptiles in the Badger State. While the Wisconsin Department of Natural Resources says they are “associated with floodplain habitats along medium to large rivers, especially near river confluences,” Eau Claire County is not part of their range, so there’s no need to look for them when you’re visiting Phoenix Park. The snakes are rarely sighted in Wisconsin because of habitat loss. 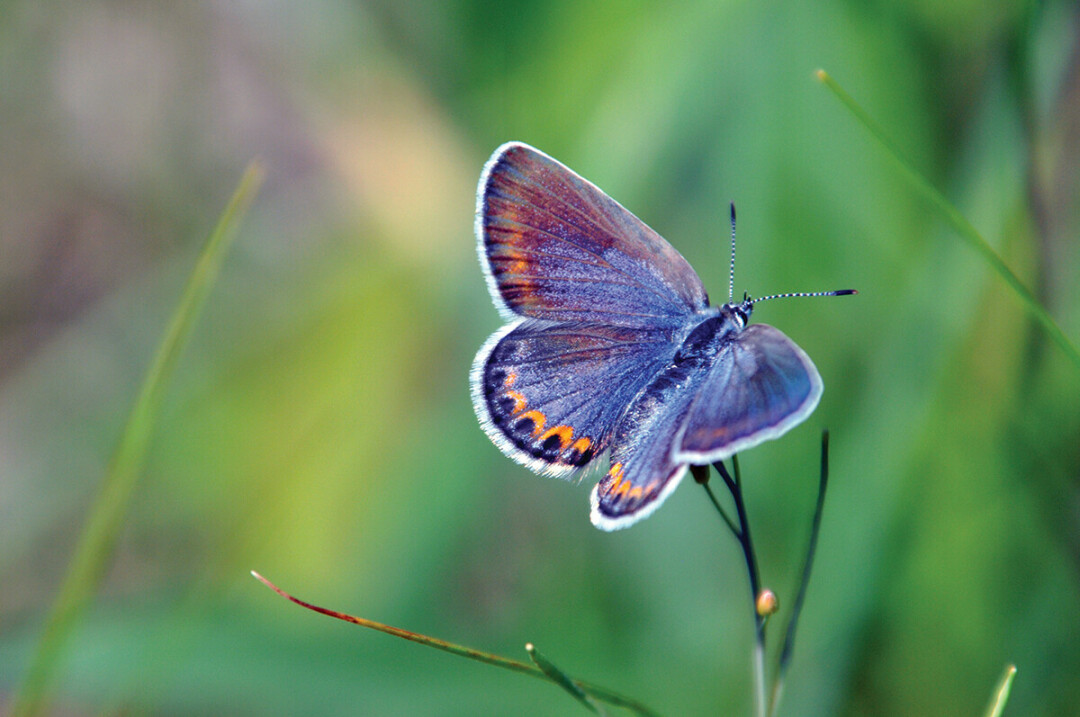 Just as monarch butterflies depend on milkweed, Karner blue butterflies depend on one plant species: wild lupine flowers, which are the only thing Karner caterpillars eat. The tiny (1-inch) butterflies range in a band between Minnesota and New York, including oak savannas and pine barrens in western and central Wisconsin. The Badger State has been key to efforts to help the species recover, and Necedah National Wildlife Refuge in central Wisconsin is home to the largest population of Karner blues in the world. 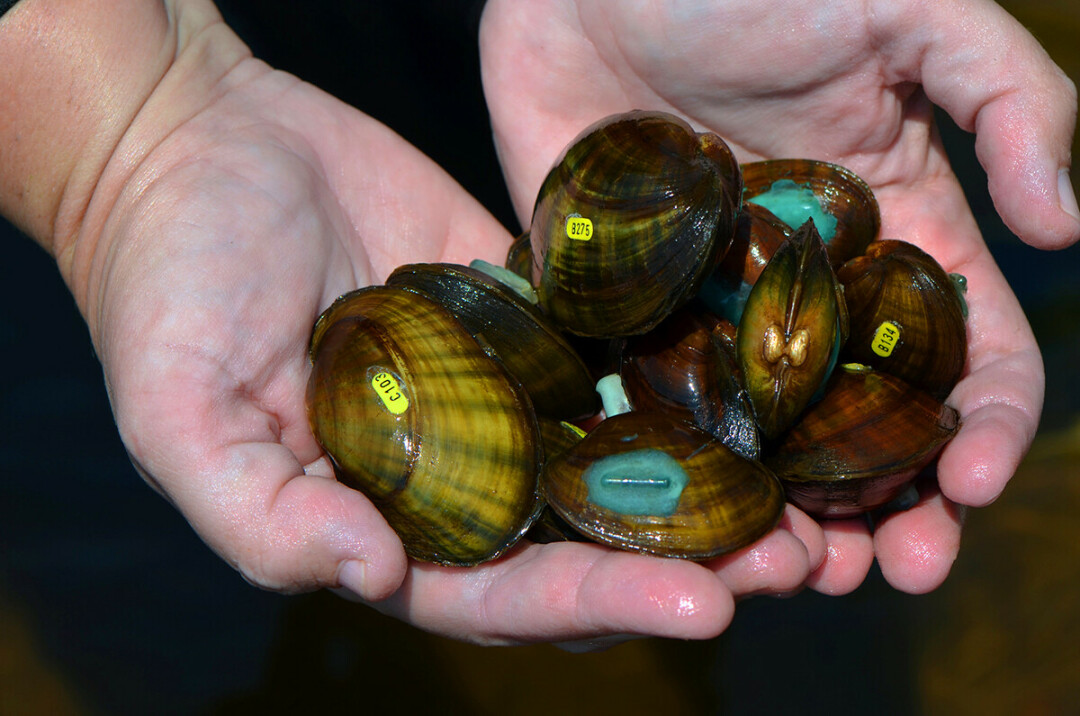 (Photo by Katie Steiger-Meister of the U.S. Fish and Wildlife Service / CC BY 2.0)

These aquatic mussels are endangered because they’ve been muscled (sorry!) out of their habitat by invasive zebra mussels – which can literally attach to the shells of the larger Higgins’ eyes. Habitat loss and pollution have also hurt these 4-inch-long bivalves, which can be found in parts of the Mississippi, St. Croix, and lower Wisconsin rivers. Scientists have bred the mussels in captivity and reintroduced them to some waters, helping these critters, which you can spot by their yellow-brown shells with green rays.

Interested in learning more? The U.S. Fish and Wildlife Service maintains a list of all the federally listed endangered species in Wisconsin.