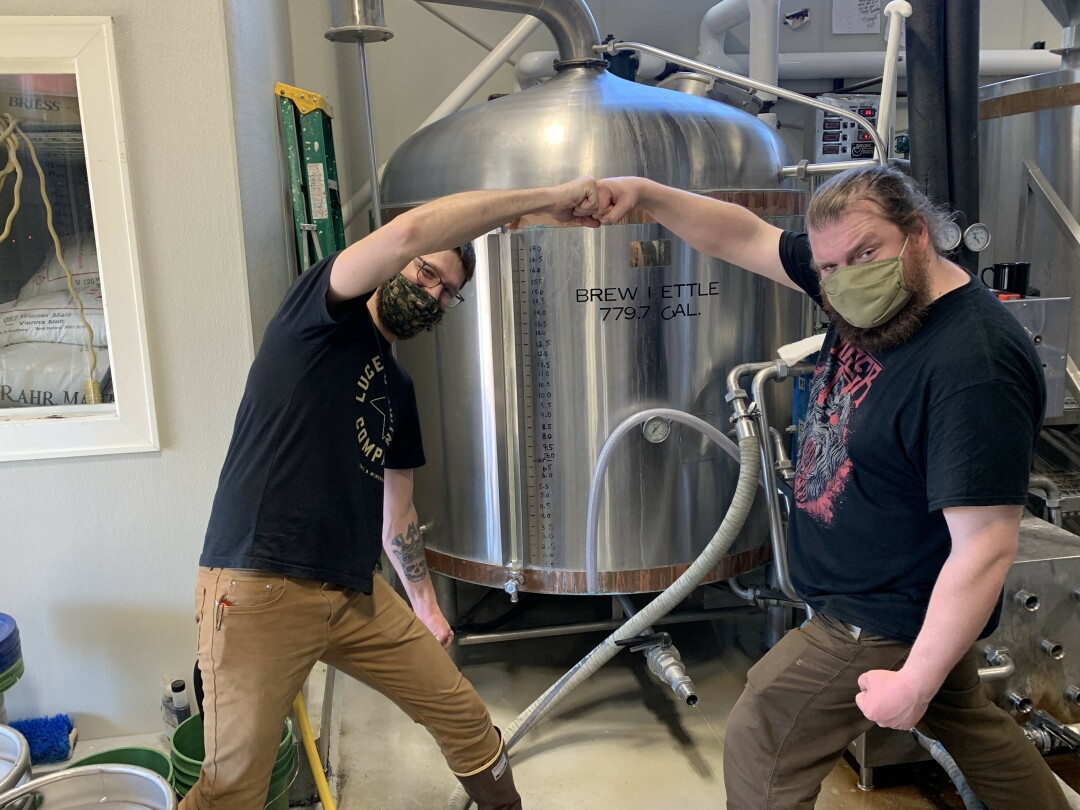 Two breweries coming together to support a local landmark? We can drink to that! Devil’s Punchbowl, a brewtiful nature preserve located outside of Menomonie, attracts visitors year round to its breathtaking waterfall, forests, and cliffs. Lucette Brewing Company and Brewery Nønic – both based in Menomonie – recently collaborated on a beer to help conserve this integral local spot.

“Cool places need to be preserved before they disappear forever,” said Lauren Mathias, general manager of Lucette. “The last year has shown us the value of getting outdoors and appreciating those spaces.”

The Landmark Conservancy pitched the idea of the beer to Tim Schletty, owner of Lucette, last summer. Shortly thereafter, Lucette asked Brewery Nønic to join forces on the mission.

“Collaborating is something most brewers love doing,” said Ryan Verdon, owner and head brewer of Brewery Nønic. “Especially if it’s for a great cause. We love being a part of things like this and greatly appreciate the hard work being done to maintain these local features.”

Lucette will briefly distribute its version of the Punchbowl regionally, and both breweries will offer the brew on tap starting April 1.

Learn more about the Devil’s Punchbowl Campaign at landmarkwi.org/punchbowl-campaign.