work expected to begin this summer on two new branches 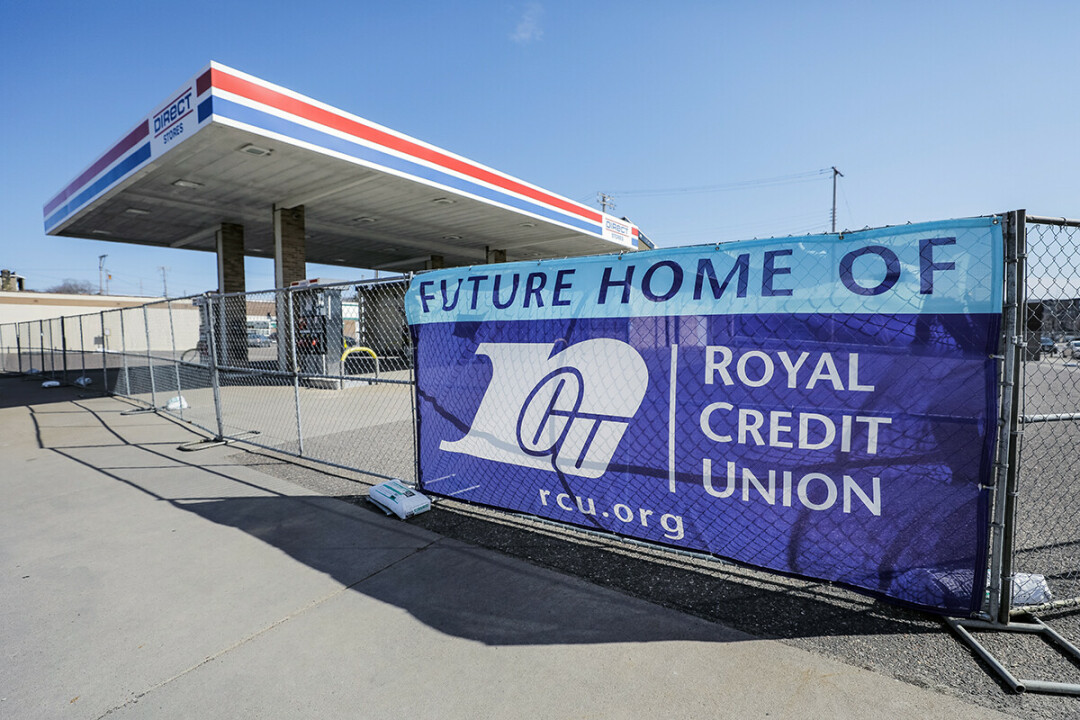 THE SIGN SAYS IT ALL. The former Direct Stores gas station on North Barstow Street will soon be replaced by a new RCU branch.

Construction will likely begin within a few months on two new Royal Credit Union branches – one in downtown Eau Claire, one in Altoona’s River Prairie – as the Eau Claire-based financial institution continues its growth and evolution.

RCU recently purchased property at 317 N. Barstow St., and plans to tear down the former Direct Stores gas station and replace it with a roughly 2,500-square-foot, full-service credit union branch. The location, at the intersection of North Barstow and Madison streets, will offer parking and a drive-up window, and will provide personal and likely business banking services, said Brandon Riechers, RCU president and CEO.

The new branch will be just a few blocks from RCU’s corporate headquarters on Riverfront Terrace, next to Phoenix Park.

Riechers said RCU decided to build a new branch on the site because it sees continued development opportunity downtown. “If you think back to when we opened our headquarters down here (in 2005), one of the main reasons we chose downtown is the redevelopment of the area, hoping that business would follow and the neighborhood would boom,” he said. In the ensuing years, this has happened, he added, and the credit union and downtown itself have flourished.

Ever since the River Prairie development has happened, we’ve kind of had our eye on that area, watching the growth in the market. 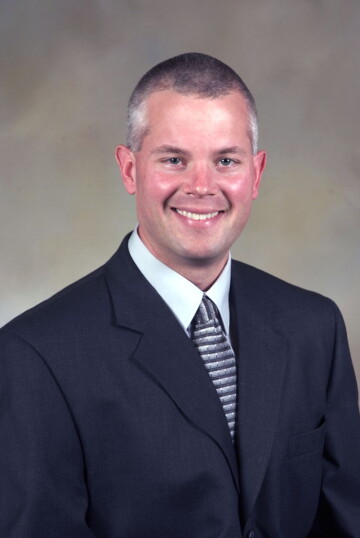 Even amid the challenges of the COVID-19 pandemic, RCU has continued to grow, Riechers said: Over the past year, deposits have risen as members received stimulus checks, and RCU also helped facilitate federal Paycheck Protection Program loans for more than 2,000 small businesses.

Assuming city approvals are granted, Riechers said construction on the North Barstow branch will begin this summer and be finished in the first quarter of 2022. Retail operations from RCU’s branch at 1512 Bellinger St. will relocate to the new site, and the Bellinger branch – which is in space that RCU leases – will be vacated.

Meanwhile, construction of RCU’s River Prairie branch – the credit union’s first site in Altoona – is expected to follow a similar timeline, opening early next year. The 3,500- to 4,000-square-foot building will be at the corner of River Prairie Drive and Blazing Star Boulevard, just west of the gas station and car wash at Woodman’s Market.

“Ever since the River Prairie development has happened, we’ve kind of had our eye on that area, watching the growth in the market,” Riechers said. “That whole area has blown up with development on the residential side and the commercial side.”

River Prairie – which sits just east of the City of Eau Claire and straddles U.S. Highway 53 – is already home to several other financial institutions, as well as restaurants, service businesses, a motel, and a number of recreational amenities.

The opening of the River Prairie branch will allow RCU to move some operations there from its nearby Birch Street branch, which in turn will allow the latter office to be devoted solely to mortgages, Riechers said. The Birch Street location is already “bursting at the seams” because of the growth of RCU’s mortgage business, he said.

While designs haven’t been finalized, Riechers said both of the new branches will reflect ongoing changes in the needs of the credit union’s members. For example, as more and more financial transactions are conducted digitally, the branches are evolving into what Riechers calls “education centers” where members can learn about products (such as mortgages or car loans) and services instead of merely made deposits and withdrawals.

The new branches also will reflect members’ desire for privacy: Instead of open-concept lobbies with teller islands, there will be more traditional offices where members can talk with employees behind closed doors. In addition, the branches’ design will be more intuitive and less intimidating, making them more welcoming for “unbanked” people who may not have used a financial institution before and are uncertain how to navigate one, Riechers said.

The two new branches will bring RCU to a total of 24 locations across western Wisconsin and eastern Minnesota, and Riechers indicated further growth is possible.

“I certainly think that over the next few months there’s going to be more changes,” he said. “There’s certainly a lot of opportunities that have surfaced throughout the pandemic.”