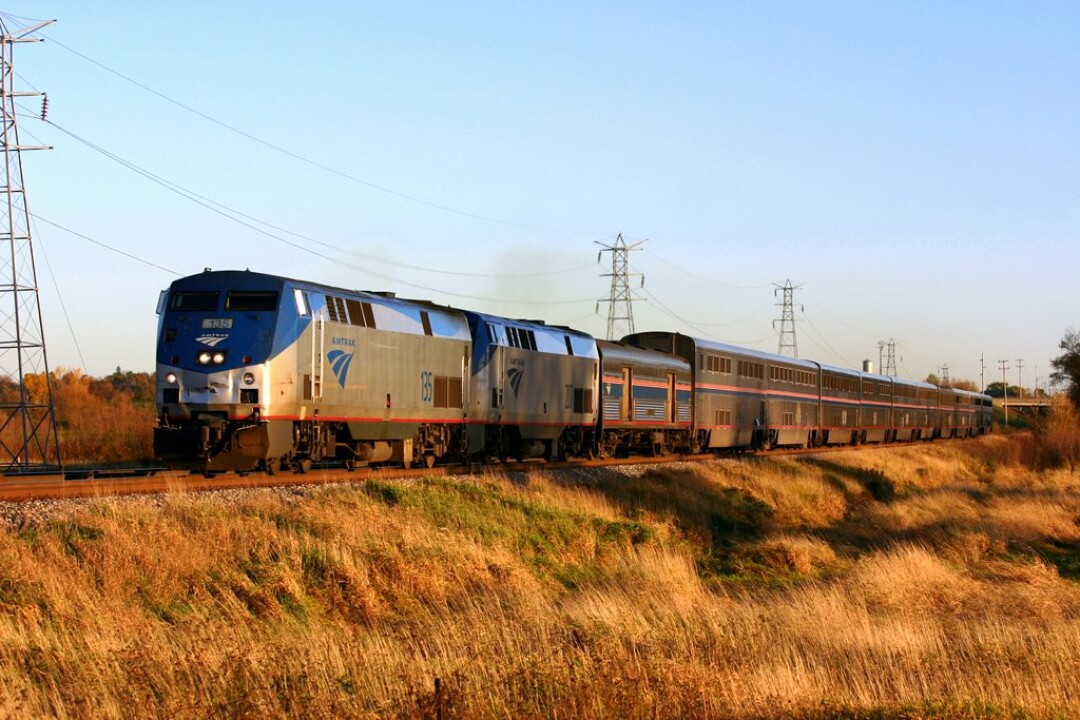 Amtrak’s Empire Builder line is one of the few passenger trains that crosses Wisconsin right now.  (Photo by Nate Beal | CC BY 2.0)

After a more than 60-year gap, passenger train service to Eau Claire is part of a new “aspirational” 15-year plan unveiled this week by Amtrak, the federal passenger railroad service. The Amtrak Connects US plan is described as a vision to add and improve passenger rail routes with the goal of adding millions of passengers over the coming 15 years.

According to the plan’s map, which was made public Wednesday, March 31, a new route would be added between Milwaukee and Minneapolis-St. Paul, which would pass through Eau Claire. The map also envisions service to Madison on the same route, as well as a separate route to Green Bay. Amtrak’s plan would add as many as 160 additional communities to the nationwide passenger rail network, including major cities such as Las Vegas, Nashville, and Phoenix.

The proposal was met with praise from the West Central Wisconsin Rail Coalition, which has been working for years to promote the return of passenger rail service to the Chippewa Valley.

“Being included in the nationwide vision is another demonstration of the viability of service to our region,” said Coalition Chair Scott Rogers, who is also Vice President Governmental Affairs for the Eau Claire Area Chamber of Commerce. “We have some of the fastest-growing counties and cities in the state. Adding passenger rail will help enhance the attractiveness of our communities and help that growth continue.” 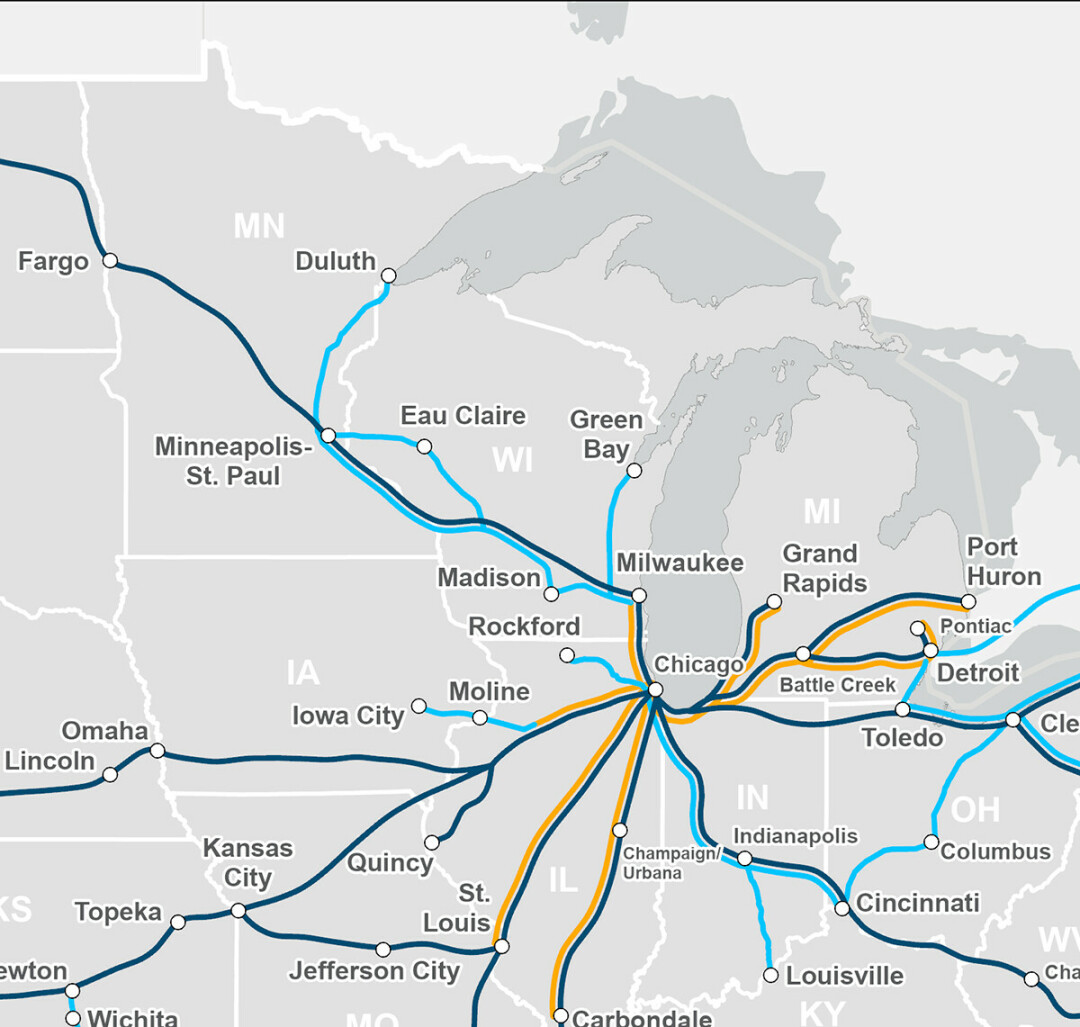 A detail from the proposed Amtrak Connects US map. (Click here for a larger version of the entire, nationwide map.)

But don’t expect to hop on a train in Eau Claire anytime soon: As an Amtrak spokesperson told the Wisconsin State Journal, the new map is “the beginning of a very long conversation, but it’s very hopeful.”

“This is an aspirational map, not prescriptive,” Marc Magliari, a spokesperson for Amtrak Government Affairs and Corporate Communications, told the newspaper. “There are other ideas that others will have.”

The Milwaukee-to-St. Paul route via Eau Claire has been on rail backers’ drawing board for years: Rogers, of the West Central Wisconsin Rail Coalition, noted that it was included in the State Rail Plan that was adopted in 2014.

And the local rail group has been working recently on creating a Chippewa-St. Croix Rail Commission to pursue a public-private partnership to offer passenger rail between Eau Claire and St. Paul with stops in between:

The Rail Coalition’s current focus has been to start with a St. Paul-Hudson/River Falls-Baldwin-Menomonie-Eau Claire service with four trains a day each way as a first step, working on a public-private partnership that would have the service operated by a non-Amtrak private carrier. It has been working with local units of government to form the Chippewa-St. Croix Rail Commission to represent the public interest to coordinate efforts to implement the proposed service, undertake local planning, and pursue the long-term vision that includes service to Milwaukee and Chicago. Participating in the commission are Eau Claire, Dunn, and St. Croix counties, as well as Altoona, Eau Claire, Menomonie, Baldwin, New Richmond and Hudson. Its first organizational meeting is schedule for Monday, April 5.

Separately, Amtrak and the Wisconsin and Minnesota Departments of Transportation are working on a plan to extend the Chicago-to-Milwaukee “Hiawatha” line. According to the West Central Wisconsin Rail Coalition, “That plan includes dedicated shuttle connections to service Eau Claire, Madison, and Rochester.” The Wisconsin DOT is seeking public comments on the plan through April 9: You can make yours here.