Chloe McChesney is suspiciously good at the game Among Us. She's also good at animating, and it has garnered the internet's attention.

McChesney’s animation has created quite a following. The UW-Stout senior majoring in entertainment design-animation, which has been renamed animation and digital media, recently created an animated video for the song “Good to Be Alive” by CG5. The video already has more than 13 million plays.

Check out the video McChesney created:

sometimes in the game when you have too many people, you can have two impostors. It could be yellow, or he could just be happy and oblivious to what’s going on.

McChesney, of Chippewa Falls who graduated from McDonnell High School, said it took about 100 hours to create the nearly three-minute video, which is based on characters from the hit multiplayer game Among Us. In the game, crewmates on a spaceship work to hold the ship together and return to civilization. One crewmate is an impostor with the sole goal of eliminating the rest of the crew before the ship reaches home. The crew must find the impostor to win. 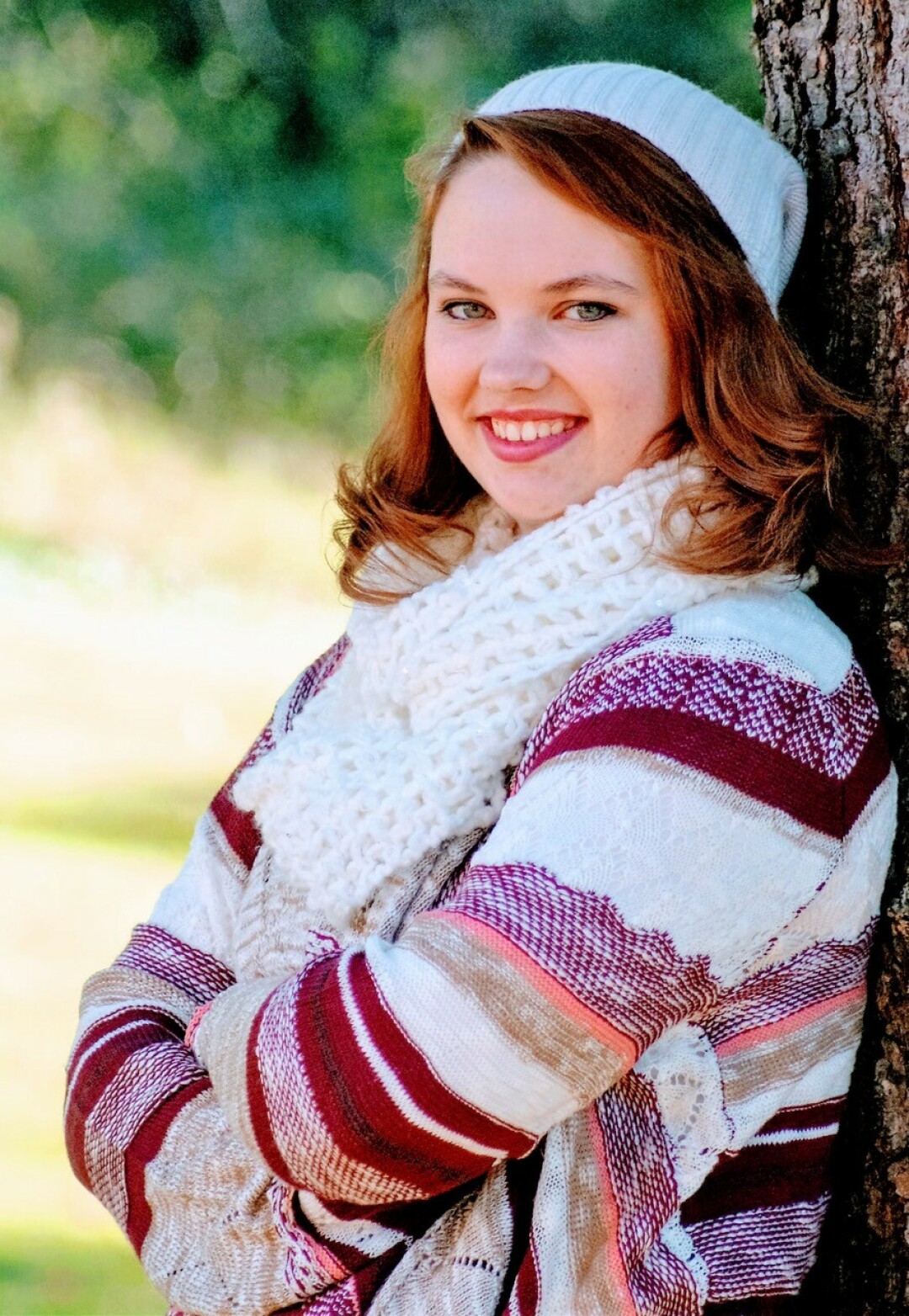 McChesney, who has the social media name Luximus, used Adobe Animate to create the video. She found out CG5, also known as Charlie Green, of Phoenix, Arizoza, was looking for an animator for a video. McChesney had collaborated with another artist providing some illustrations for another of CG5’s videos, “I See a Dreamer,” which has had more than 17 million views.

According to an online profile, Green, 21, has been working with digital music since he was 5 years old and uploading content to the internet since he was 10. He is self-taught in the industry and is the fifth Charles Green in his family. He launched his YouTube channel in 2014 and rose to prominence through original songs based upon popular video games and memes. “I showed him a picture of the Among Us characters and he really liked the style, the roundness, the brightness, and the expressiveness,” McChesney said.

When it came to creating the video, which follows a yellow character, it was pretty much up to McChesney to create and interpret based on the song. “I enjoy the comments,” McChesney said of the YouTube site. “Some think yellow was stupid. Some think yellow was in on it. That is why I left it up in the air. We were kind of playing off the idea sometimes in the game when you have too many people, you can have two impostors. It could be yellow, or he could just be happy and oblivious to what’s going on.” 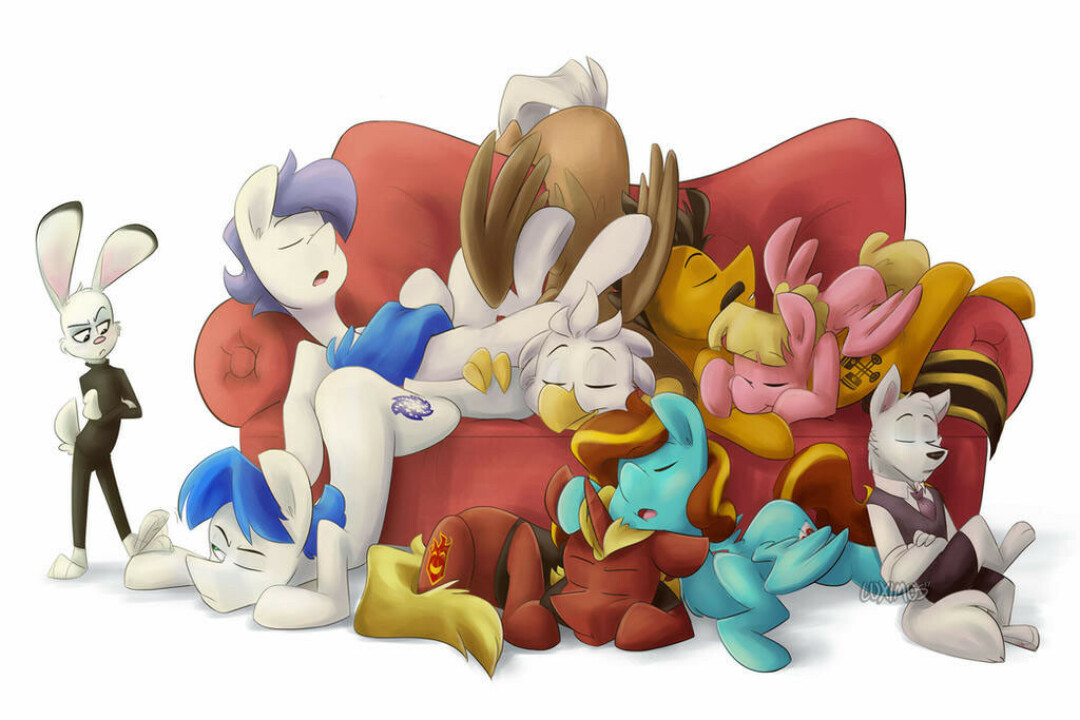 The video has caught on because of the popularity of the game and the fact CG5 has more than two million followers, McChesney said. “In terms of my part in it, people like the style,” she said. “There are no straight lines in any of my art. It’s soft.” Jesse Woodward, UW-Stout lecturer of animation in the design department, said McChesney is passionate about animation and eager to learn more about it. CG5 has become a unique channel, hiring and showcasing work from emerging artists, Woodward said.

“As the collaborators are given a lot of artistic freedom, this was a great opportunity for Chloe to develop a creative story while pushing her style and animation skills.”

“As a polytechnic university, we strive to collaborate with the industry, bringing students and professionals together with hands-on experience,” he added. “I encourage my students to work outside of class and develop their own animation and projects. With this animation project, Chloe has shown the possibilities and inspires others to get out there and create something awesome.”

McChesney created her first animation when she was 12. “I was part of a fandom called ‘My Little Pony Fandom,’ ” McChesney recalled. “I just kept working on animation and doing comics on the side.”

She uses Luximus for her social media name, a combination of two Pokémon characters, Maximus and Luxray. Pokémon is a role-playing video game. McChesney wanted to study animation and UW-Stout was the closest university with the major. “I heard it was one of the top schools for its art program and art animation major,” she said. “I figured going to UW-Stout would hone my skills more.” 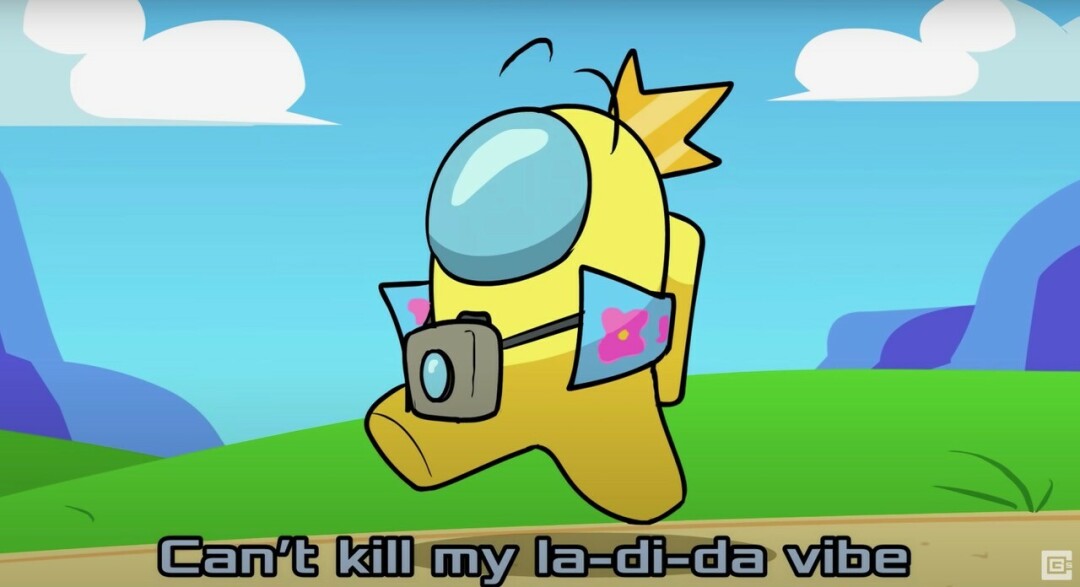 Humbling and thankful for experience

Having an animated video with millions of hits is humbling, and McChesney is thankful to have had such an opportunity and feedback on her work. Since the video has been released, McChesney has had so many offers for animation work she turned some down. “This just looks great on my portfolio,” she said. “I declined a lot of work because I have schoolwork to do. There are not a whole lot of artists who are given that chance.”

McChesney did include some Easter eggs, or hidden references, clues or inside jokes for fans of Among Us in the video. One in particular plays homage to the memes that have been created about Among Us. The game has no sound or music, but fans, like CG5, have created music revolving around it.

McChesney plays the game as well and enjoys the subterfuge. “It’s fun to mess up people’s thought process,” she said.

McChesney, who is set to graduate in May 2022, said she always planned to work in a large animation studio but now may consider a freelance career. “People seem to enjoy it,” she said. “It all depends how the COVID-19 pandemic turns out.”

UW-Stout’s animation and digital media degree in 2021 was ranked No. 1 in Wisconsin and one of the top 20 programs in the Midwest by Animation Career Review, an online resource for people aspiring careers in animation, game design, graphic design, digital art and related fields.