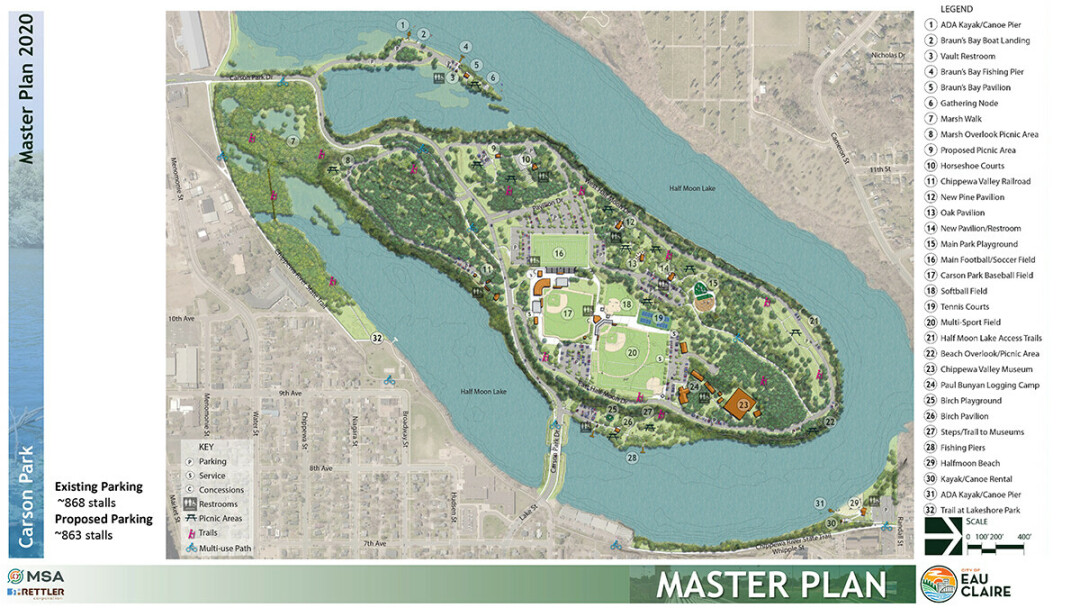 A proposed master plan created for the City of Eau Claire by MSA Professional Services. (Click here for a bigger version.)

A relocated football field, an accessible launch for canoes and kayaks, new trails and shelters, a multisport field that can accommodate football, soccer, and other sports – all of these and more are part of the first new master plan for Eau Claire’s Carson Park in decades.

The plan, created for the City of Eau Claire by a consulting firm with input from more than 2,000 city residents, will be considered by the Eau Claire City Council at a public hearing Monday, March 22. If approved by the council during its legislative session the following day, the plan will guide decisions about improvements to the park in the coming years. (Editor’s note: The City Council voted Tuesday, March 23, to adopt the plan.)

“We have to be good stewards of the park for future generations,” said Steve Plaza, the city’s parks and forestry manager. If adopted, he said, the master plan will serve as a long-term guide for the 106-year-old park: Anytime the city considers upgrading a shelter or building a trail, for example, it can consult the master plan to determine if the project fits with long-term plans for the park. 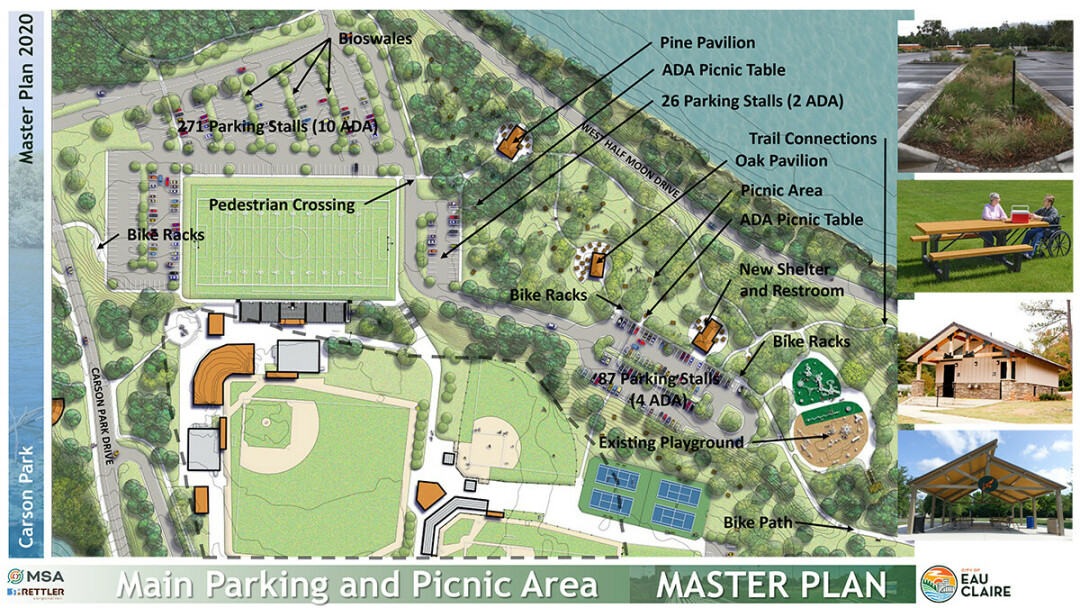 And, Plaza emphasized, the plans are meant to be enacted over the long term: “We’re not going to go in with the bulldozer and do it at once,” he said.

The master plan – created with the help of MSA Professional Services – envisions a host of upgrades and alterations to the beloved park. (Click here to see a 12 page PDF of the plan.) Here are some of the most notable elements:

Most of the changes envisioned in the master plan won’t happen for years. Plaza said the next project on tap for the park is the upgrade to restrooms and the addition of a new shelter near the playground. These projects are already in the city’s five-year Capital Improvement Plan, and are slated to be built in 2023. 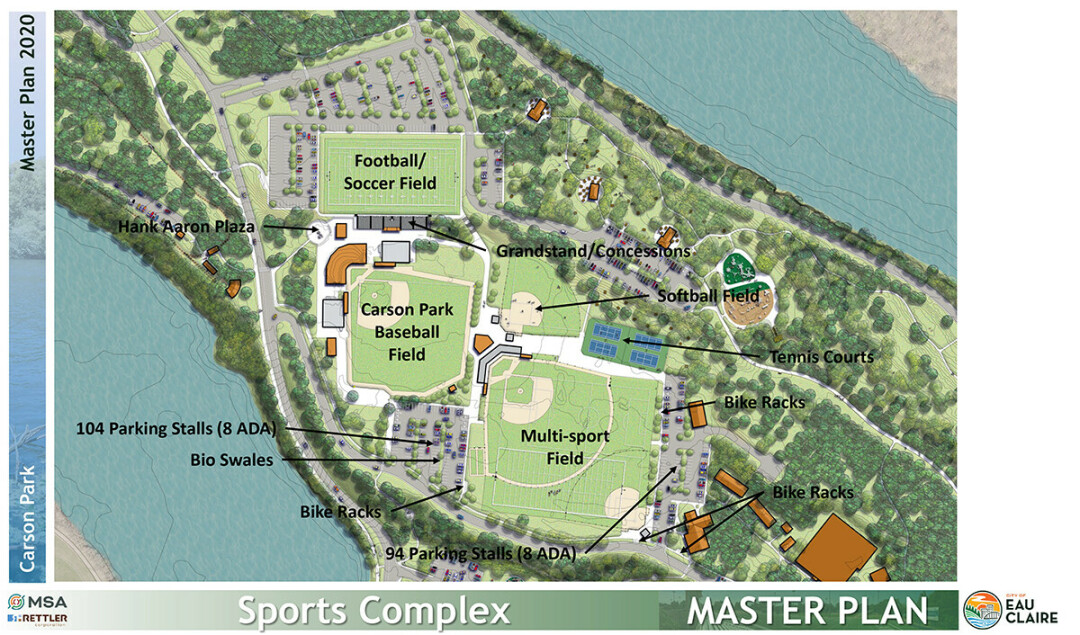 “We feel Carson Park in the cornerstone of our park system,” Plaza said. “Whatever happens today or tomorrow, people will always have those memories. What we have done is include as much public input into the process as possible.”

More than 2,000 people responded to an online survey about the park, about four times as many as responded to a similar survey about a park in Madison conducted by the same consulting firm, Plaza said. Enjoying the park on foot – whether by walking, running, or jogging – was the most popular activity among respondents, with about 60% visiting Carson Park for that reason. More than 50% of park users said they visited to go to ball games, while more than 40% said they used the park because of Half Moon Lake or to go picnicking. Other popular uses included using the playground, attending a football game, fishing, boating, or visiting the Chippewa Valley Museum, the Chippewa Valley Railroad, or the Paul Bunyan Logging Camp – all of which are located in the park.