Find Love with Dream Crush, a Board Game from Nick Prueher of Found Footage Festival

‘Dream Crush is a game where you sometimes find out a little more than you want to know about the love of your life,’ creator says 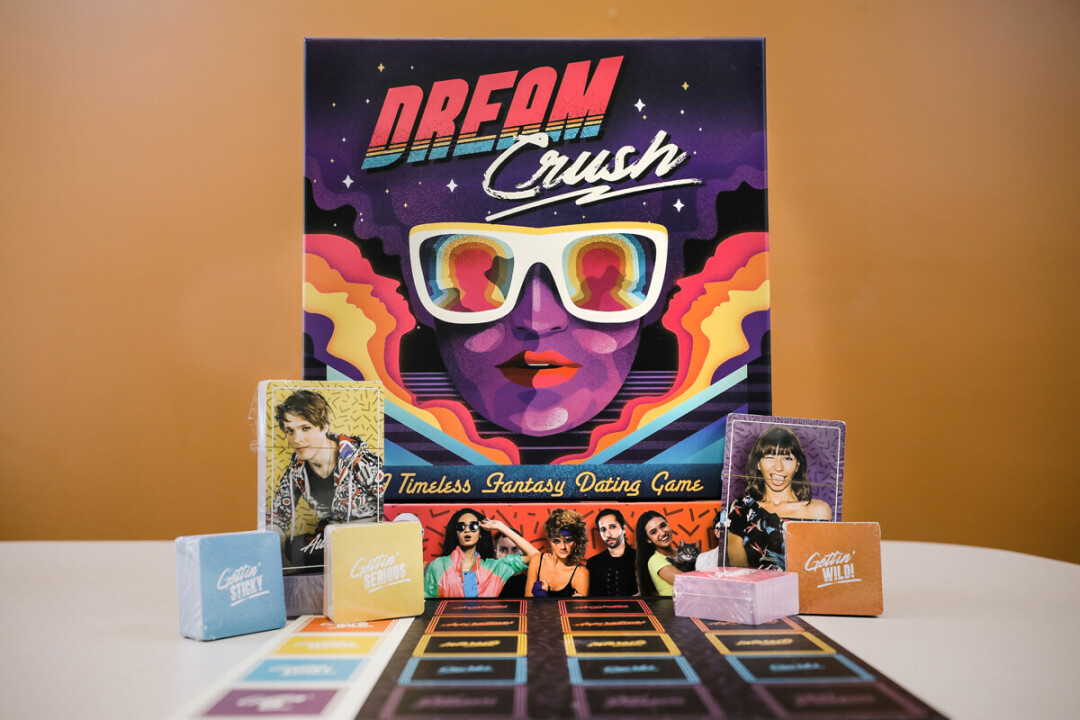 Nick Prueher and his co-host Joe Pickett have delighted us over the years with their Found Footage Festival. The duo travels around the country, sifting through thrift stores to find VHS gold, bygone tapes filled to the brim with cringe characters and timeless absurdity from the long lost era of home video.

But after a year apart from their live tours and shutdowns, Prueher has branched off on his own for a campy new board game called Dream Crush. It’s based off the pure nostalgia surrounding slumber party dating games from the ’80s. And it’s got a deliciously retro ’80s vibe to match courtesy of the game’s star-studded design team, including Chris Bilheimer, who designed the album covers for R.E.M.’s Monster and Neutral Milk Hotel's In The Aeroplane Over the Sea.

Dream Crush takes the lead from classic games like Dream Phone and Mystery Date, but gives them a modern update with references and tropes pulled directly from the throes of romance in the 2020s. “If you find out your crush is the first to write R.I.P. on Facebook after a celebrity dies, would you still like them? What about if they made soft moaning noises while eating?” Prueher said. “Dream Crush is a game where you sometimes find out a little more than you want to know about the love of your life.”

We recently caught up with Prueher via email to chat about Dream Crush, the process of making the game, and its underlying inspiration. 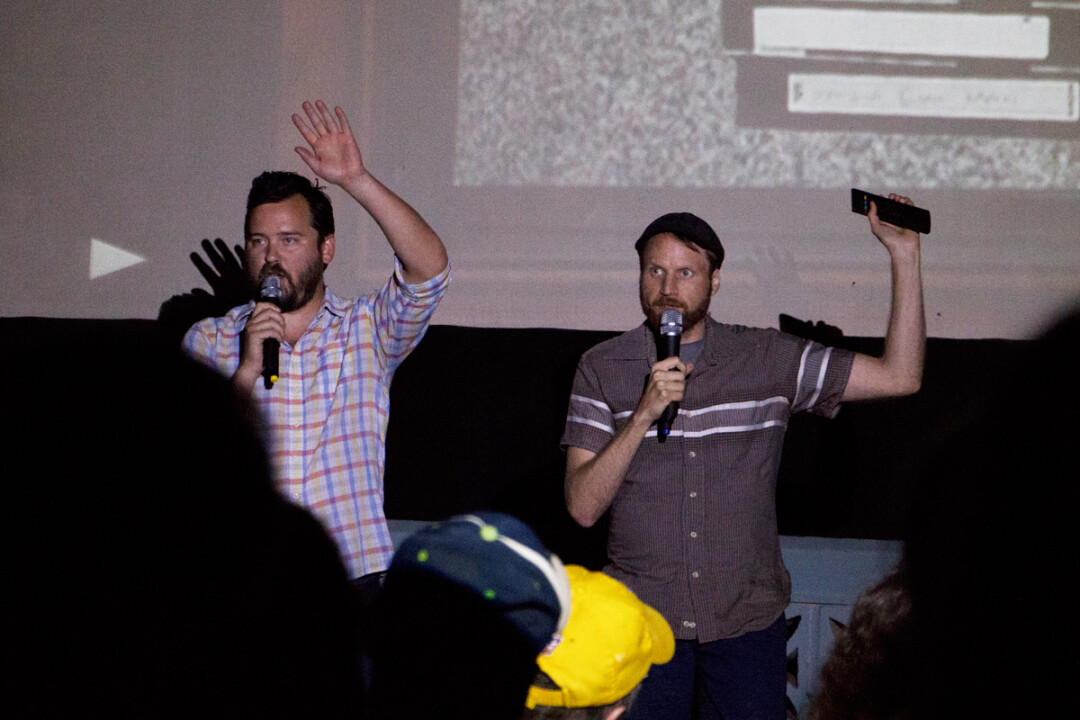 Volume One: So first off, we’re huge fans of what you and Joe have done with FFF over the years. Such a fun, goofy, positive, hilarious thing. In pandemic times, how have y'all adjusted?

Nick: We were on tour in the U.K. when the pandemic hit and had to bump up our flights home to get back before lockdown, then gradually had to cancel about 80 shows in 2020 as things got worse. Our livelihood is based on live touring so it’s been pretty rough. In lieu of any better ideas, we started doing four shows a week on YouTube and Facebook, and asking people for support on Patreon. Our weekly online show is called VCR Party, and we’ve been able to book a ton of guests we’d never otherwise get because we’re doing these over Zoom. So we’ve adapted, but we're excited to get back on the road again as soon as the world isn’t on fire. Just got word that VHS-based comedy performers are last in time for the vaccine, so it might be a while.

You’re kinda branching off on your own for this project, which seems like a really fun thing for you, and a good creative outlet. How long has it been in the works? What are all the phases of putting something like this together? What is the team like?

Joe and I spend a lot of time at thrift stores looking for material for the Found Footage Festival, but we’re also big board gamers, so I usually browse the used games at Goodwill as well. And over the last few years, I started finding the old slumber party games, primarily made for girls, and buying them to try them out. These were games like Dream Phone and Girl Talk and Mystery Date that my friends’ sisters would play at sleepovers but were forbidden to me. I was intrigued, and it turns out that the core idea of the games – discussing crushes and who likes who and what you look for in a love relationship – is still a lot of fun! I started playing around with my own version of one of these types of games – updating it to encompass all the wonders and horrors of modern relationships - and playtesting it friends. While on tour at an Alamo Drafthouse Cinema in North Carolina, I played with the head of the Alamo, Tim, and he loved the game! Luckily, he also runs the board game and merchandising arm of Alamo called Mondo and wanted to publish Dream Crush. From there, we worked to refine the game and assemble a dream team of graphic designers, including Chris Bilheimer, who designed the album covers for R.E.M.’s Monster and Neutral Milk Hotel’s In The Aeroplane Over the Sea, among others. I got unbelievably lucky with this kind of pedigree involved in my first published board game. Dream Crush is amazing to look at. 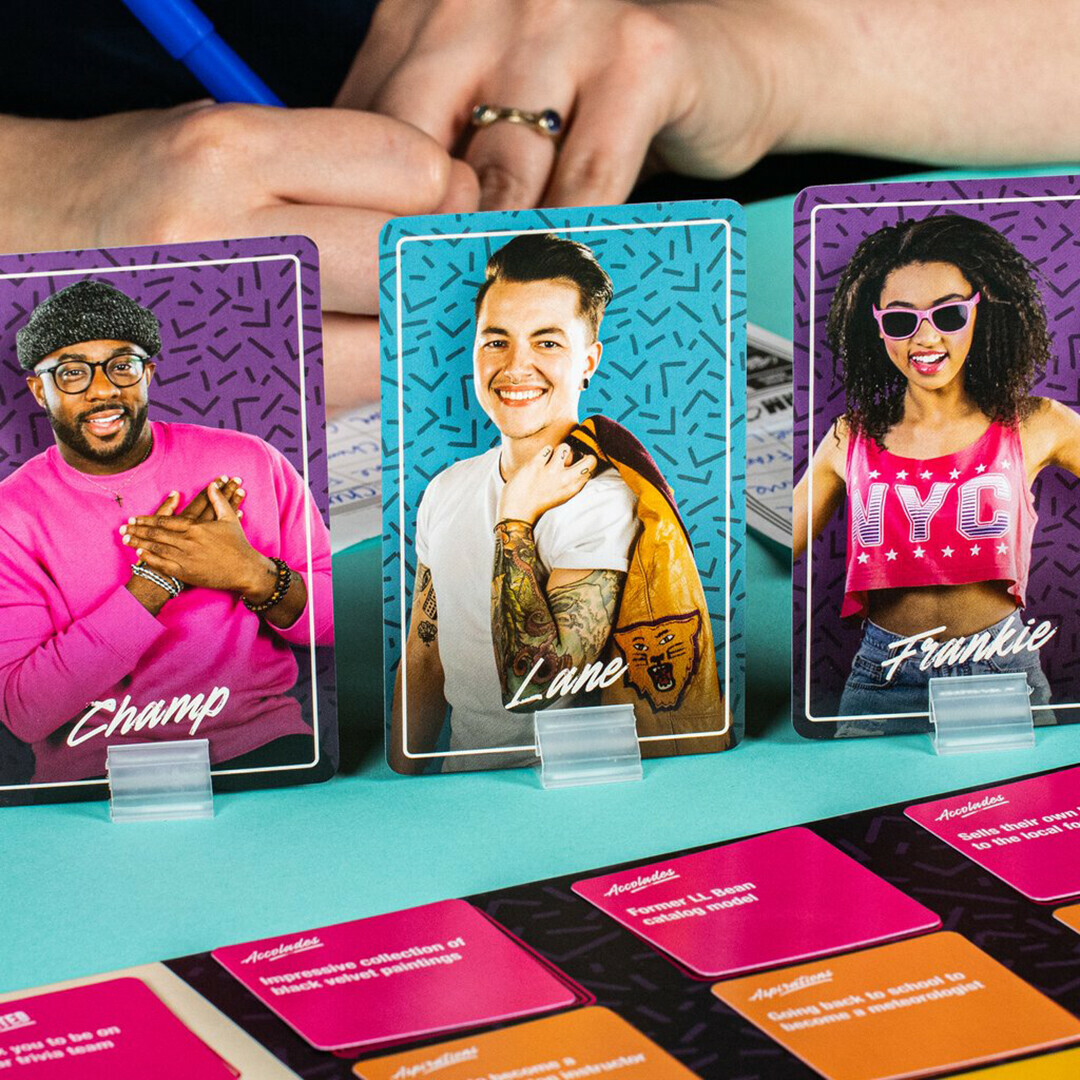 How does Dream Crush pay homage to those types of games, and how does it push that concept further, or modernize it? Seems like there’s a goal of getting kinda weird with it, or more absurd?

The basic gameplay is very similar to those ’90s slumber party games, where you learn details about potential crushes, pick the one you like the best, and then guess who your friends will choose. The first update was to expand the game beyond just the teen hunks of the ’80s and make it more inclusive for all genders and preferences, including non-binary crushes. But the main overhaul came in the traits you learn about these people, which essentially are all the little things that you can’t put your fingers on but might bother you about another person. For example, if you find out your crush is the first to write R.I.P. on Facebook after a celebrity dies, would you still like them? What about if they made soft moaning noises while eating? Dream Crush is a game where you sometimes find out a little more than you want to know about the love of your life.

What kind of personalities inspire the characters and crushes in the game?

I’d say about half of the characteristics are things that have bothered me about other people and the other half are things I do that bother people. Of course, there are a lot of lovely things we learn about these folks too, but in later rounds we get to some potential deal breakers.

“Paintings of covered bridges are featured on the walls of their local coffee shop” – great! “Calls coworkers ‘rock stars’ ” – uh, I want out.

How much fun was it to write?

That part of the process was the most fun for me. Every time I would think of a good or annoying personality quirk, I would jot it down in the notepad on my phone. That note currently has enough material for 10 sequels to this game. 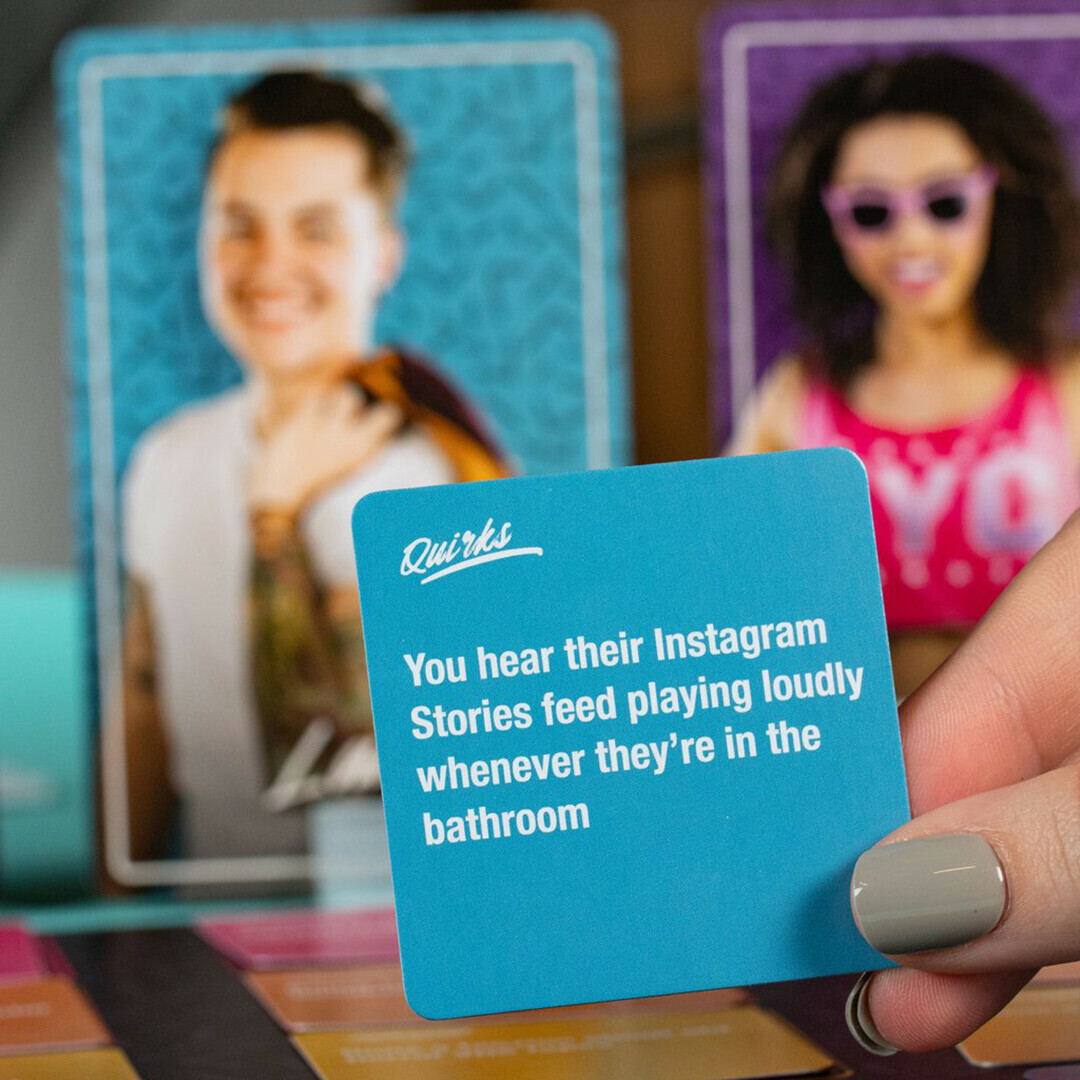