Happy Island, Old Meridean: A Local Dive Back in Time 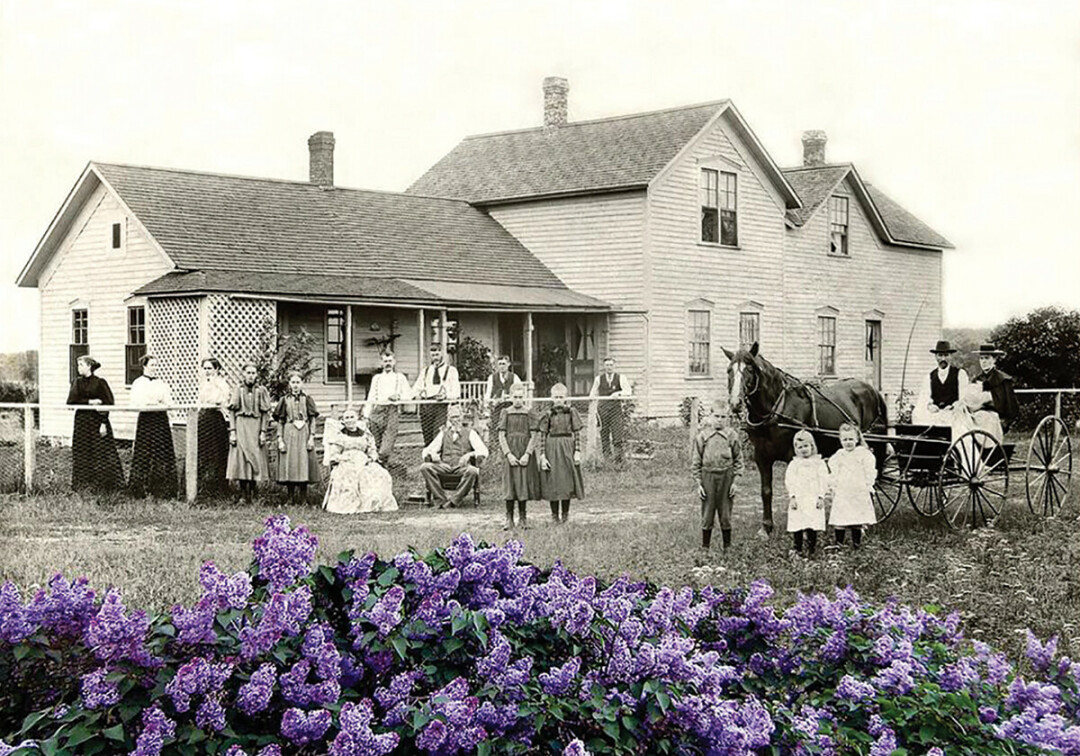 Lilacs. That’s virtually all that is left of the once-bustling Village of Old Meridean, a prosperous Dunn County sawmill town that hummed with activity starting back in 1863. For more than 28 years, the lumber mills on Happy Island furiously sawed up logs that had floated down the Chippewa River for the sole purpose of creating shingles.

Local author Jeanne Anderson turned her husband’s great-grandparents’ tales of settling on Happy Island into a comprehensive and rich story collection, Where the Lilacs Grow, which is available at The Local Store and other major retailers. 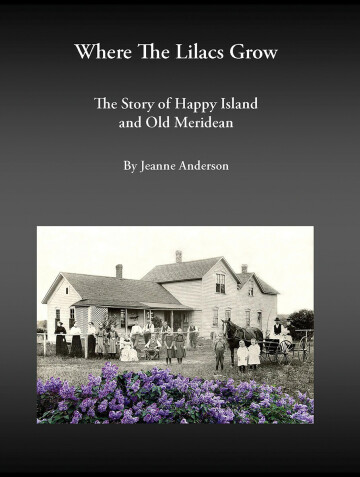 Once the trees had been cleared away and the mills relocated further downriver, eight families tried their luck at running dairy farms on the island, but Old Man River had different ideas: floods.

“Quite often, milk stools would float away when the farmers stood up,” Anderson wrote. It was no surprise to have water come lapping up your land when you lived on an island surrounded by a river with well-known mood swings. But the Big Flood of 1941 spelled the end for farming on Happy Island.

After the bridge washed away one final time and the ferry was halted, the remaining farm homes and all their respective out-buildings were auctioned off, dismantled, and carried away, and the island was left with lilacs and slowly disappearing stone foundations.

Within the covers of Anderson’s incredible collection is the saga of how many of our relatives came here to find their dream. This is a slice of our history where, for a brief moment in time, there in the middle of the Chippewa River, was a village called Old Meridean on an island named Happy.