pop-up will open in Haymarket Landing instead of Pablo Center 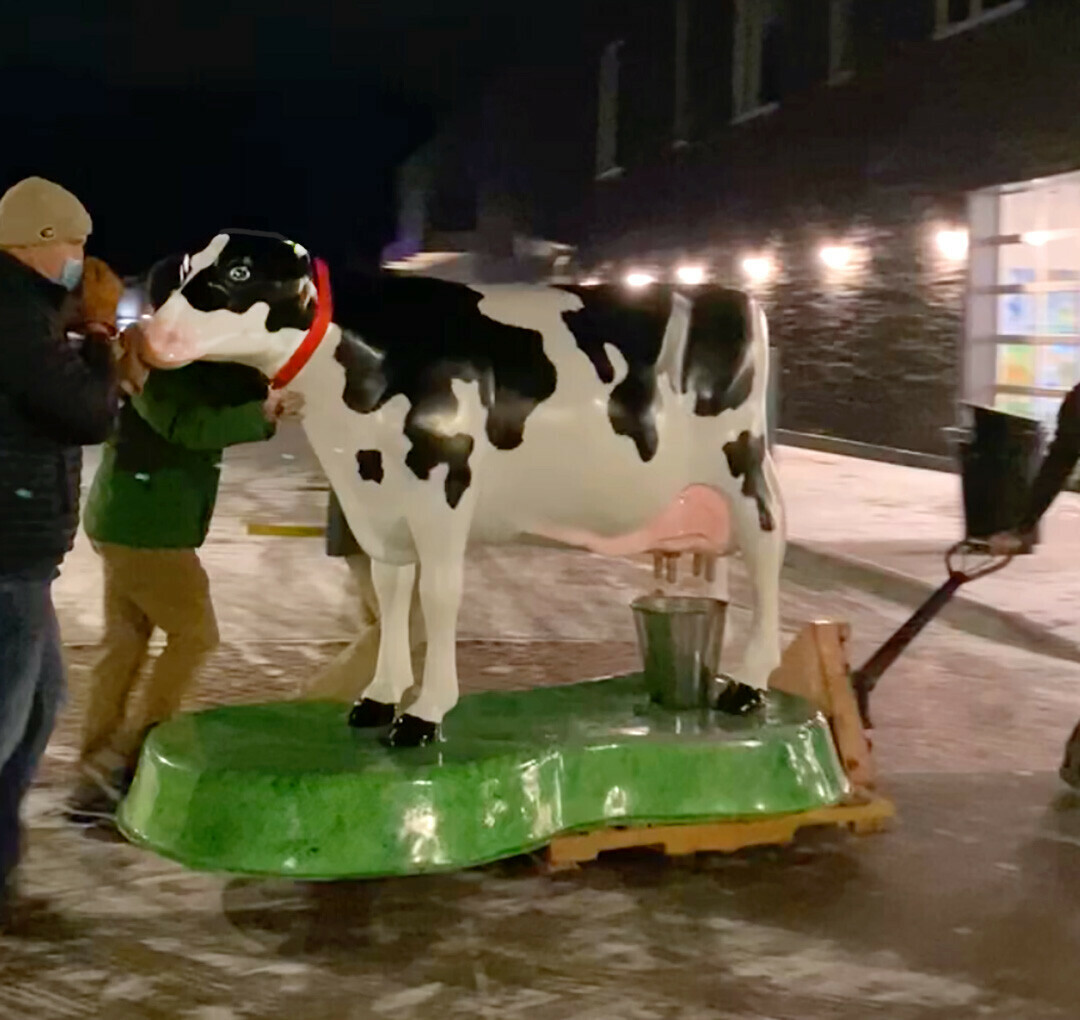 Elsie the Cow will find a new – but temporary – home inside the Children's Museum of Eau Claire's Play Space pop-up at Haymarket Landing, which is expected to open by March 30. (Photo via Facebook)

The Children’s Museum of Eau Claire’s plans for a temporary pop-up location have been put on hold for a few weeks – but that’s actually good news for kids (and their grown-ups!) who are looking forward to again enjoying the museum’s magic.

The museum announced Tuesday, March 2, that “Play Space” – a temporary, pint-sized version of the museum – will open around March 30 inside the Haymarket Landing building, 40 S. Barstow St. Play Space was originally slated to open this month inside the Visit Eau Claire space at the Pablo Center at the Confluence, just across the plaza from Haymarket. However, plans abruptly changed recently.

“Upon announcing our intentions to open in mid-March, the Children’s Museum became aware of the opportunity to use empty space in the Haymarket Landing building,” Mike McHorney, the museum’s executive director, said in a media release. “This location provides more flexibility with hours of operation, enabling us to impact more families through play during the pandemic and prior to opening a new Children’s Museum in 2022.” 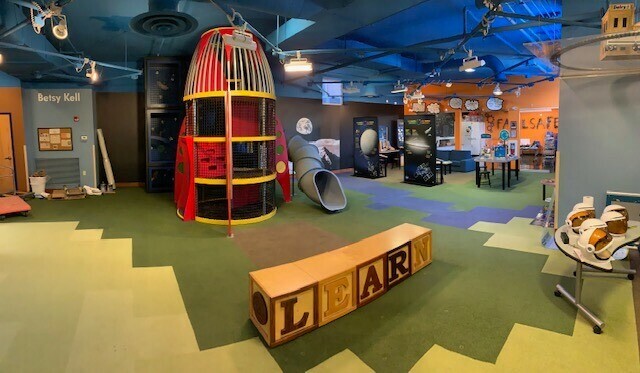 The rocket climber, installed at the Children's Museum of Eau Claire pre-pandemic, will also be part of Play Space. (Submitted photo)

If Play Space had been located in the Pablo Center, it would have been open only on weekends, the museum said. However, by popping up instead in the Haymarket Landing building, the space will be able to open on weekdays, too, giving lots more opportunities for kids who’ve been shut out of the museum since it closed last summer because of COVID-19.

Last year’s shutdown coincided with ramped-up efforts to build a big new museum – now slated to open in October 2022 on the so-called “liner site” on North Barstow Street – but the institution knew that roughly two years was a long time for its young patrons to wait, and the idea for Play Space was born.

According to the media release:

Play Space plans to open towards the end of March and will offer many of the Children’s Museum’s favorite exhibits such as the Rocket Climber, Blue Blocks, and Toddler Park elements. The temporary space will also boast daily STEAM related programming and the option to rent the space on Saturdays for private rentals such as birthday parties.

“CMEC is extremely grateful to Visit Eau Claire and Pablo Center for all their efforts to help the museum work towards the opening of a temporary space. We look forward to continuing the other great partnerships in place with both organizations.”

Play Space will be in the former location of The Well, a fitness studio, at 40 S. Barstow St., on the ground floor of Haymarket Landing.

For more details, and to learn how you can make Play Space reservations, which will cost $5 per person, visit www.childrensmuseumec.com/playspace.