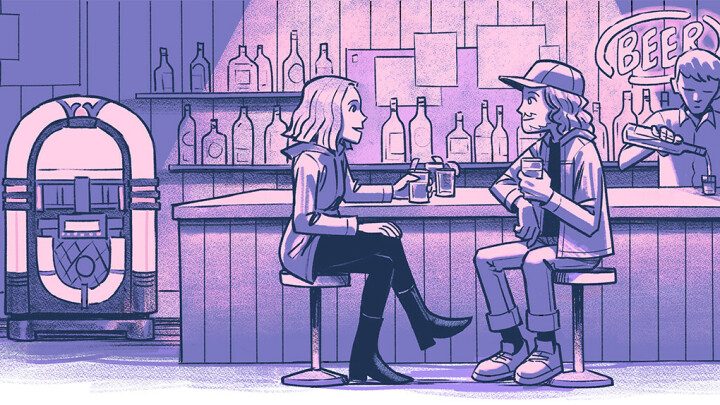 COLUMN: Taking a Chance on Strangers

I never thought I’d download a dating app. It seemed unethical – shopping for another human, judging them based on a handful of photos and a few bio lines. Nonetheless, a close friend convinced me that all the millennials were doing it, so I figured I’d give it a whirl.

I felt a little excited – until I started swiping. Nearly every profile looked identical, all cookie-cutter Midwest dudes slammin’ brewskies in their bro tanks or showing off their big catch at the cabin. They had the same beards and the same Labrador retrievers. Any excitement I had went out the window.

Despite the hoard of clones before me, I pressed on and eventually stumbled upon a guy that looked different. His bio mentioned coffee and fighting the patriarchy, so at least we had a few common interests. Worth a shot, I thought, and I swiped right.

After chatting for a few days, I suggested that we meet at the Grand Illusion. The GI was a college favorite. And, if we met early enough in the evening, it held a low probability of running into ex-flames. I arrived early and took a seat at the far end of the bar. Like a mobster, it gave me a chance to size him up as he walked in. I tucked my phone deep into a jacket pocket and skimmed a Volume One, sipping my whiskey sour.

Same place, same time, same outfits on that first Saturday of December. Every year the same. That is, until 2020. 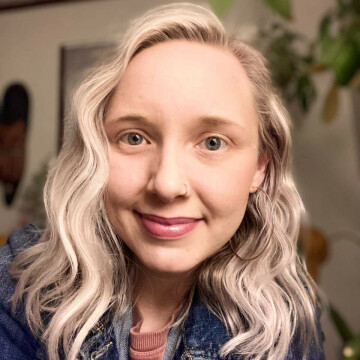 And I waited. And read. And waited. Right about round three of the whiskey sours, the door finally swung open, and in came a charming gent who was shaking his head disapprovingly as he approached me.

“What?” I laughed, pushing away the empty glasses before me with feigned nonchalance.

“I thought we were meeting outside,” he said. “I was just about to leave.”

It was hard to tell if he was actually upset. Now wasn’t the time to point out that I never said I would meet him outside. Or that it was winter. Or that nobody meets outside, ever.

He sat down anyway, and the date began. We talked about our jobs, our favorite podcasts, and our lives in other cities. He told me the riveting story of the scar on his right hand – a spackling accident. I told him about my childhood as a junkyard kid. Eventually, the night wound down, we said our goodbyes and went our separate ways. But not for long.

This first date led to other dates and then eventual walks around the city, dinner nights, and yes – official dating status.

The memory of our first date has always been special – a nearly missed connection gone right. And so, to honor the memory, Dan and I decided to recreate it that following year and every year since – an event now known as our date-a-versary.

Same place, same time, same outfits on that first Saturday of December. Every year the same. That is, until 2020 – the year of the COVID. As this most recent date-a-versary approached, and knowing the GI had been closed since March, I scrambled to come up with a plan. This global pandemic was no match against my creative problem-solving abilities, and I was about to prove it.

When the day arrived, I decided not to mention anything to Dan until an hour beforehand. He hates surprises, so this would help keep the questions at bay. I simply reminded him what day it was and said we had to leave before 7. He wasn’t thrilled.

“Just trust me,” I kept repeating.

Once in the car, I pointed us in the direction of Water Street. When we approached the GI, we were greeted by an illuminated Pabst sign in the front window – a sign that hadn’t been switched on in more than eight months.

“You know the drill,” I said as I climbed out of the car.

As I entered and made my way toward the far end of the bar, I was greeted by Steve, the owner, and Christa, the apartment manager, who’d helped plan it all. Somehow, a slew of desperate Facebook messages had convinced them to open their doors just for us, just for this night. I’d never met them before, but the last time I took a chance on a stranger at the GI, it worked out pretty well, so I figured I’d give it another round.

Masked and socially distant, Steve, Christa, and I got to know each other until – like clockwork – Dan came through the door some time later, shaking his head disapprovingly. But this time I knew he wasn’t upset. Under that stupid mask, under each of our stupid masks, was a smile of gratitude – for the kindness of strangers and loved ones alike.