it’s emblematic of that long-gone feeling after bar-close (remember when we used to do that?) 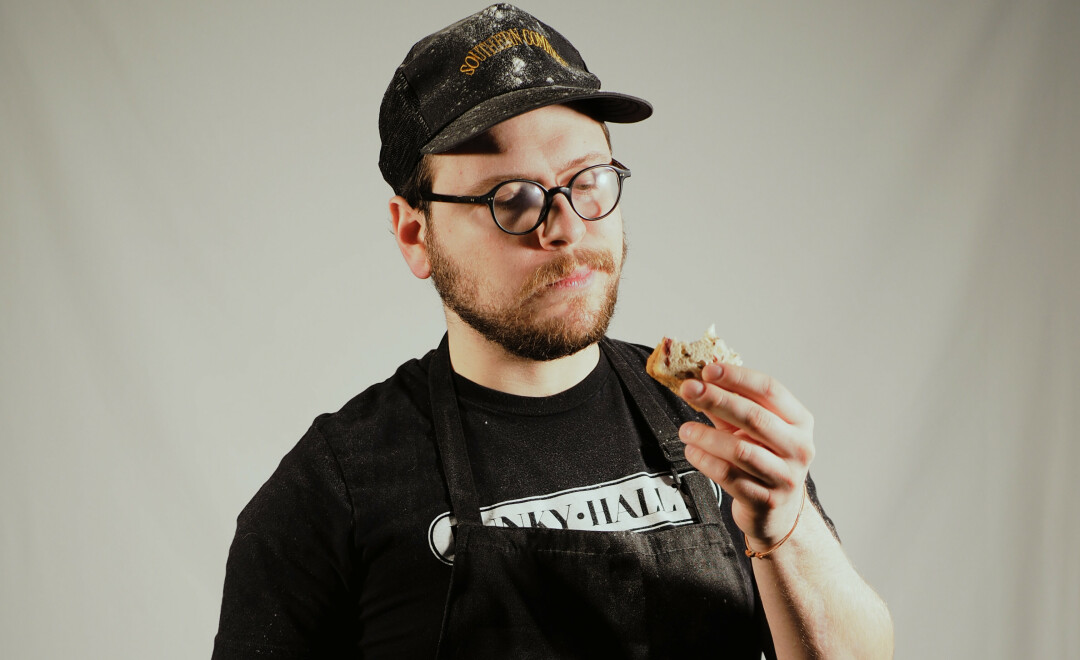 Swoonlight is a word made up by Austin Derks as the title of his first album under the name Courtside Lush. It’s emblematic of that long-gone feeling after bar-close. (Remember when we used to do that?) It’s closing time, so you head out to the street where other revelers abound and flock, smoking cigarettes, calling cabs, wobbling back and forth.

Derks, who used to write songs and play guitar for defunct Eau Claire band Chamber Noise, was unconsciously feeling nostalgic for that specific part of the before-times. As he started noodling around with new songs in the past year, they all shared that common thread that could only be summed up one way: Swoonlight.

“Swung so late / swung mile for mile / where are my legs / I feel like a pile,” he sings to open the track “Punky Hall’s Convenience Store” (for which there’s an entire illustrated storefront on the album’s back cover). Derks recorded the seven-track album with his friend and fellow “shit-shooter” Alex Nash over a good chunk of time, sending elements back and forth. 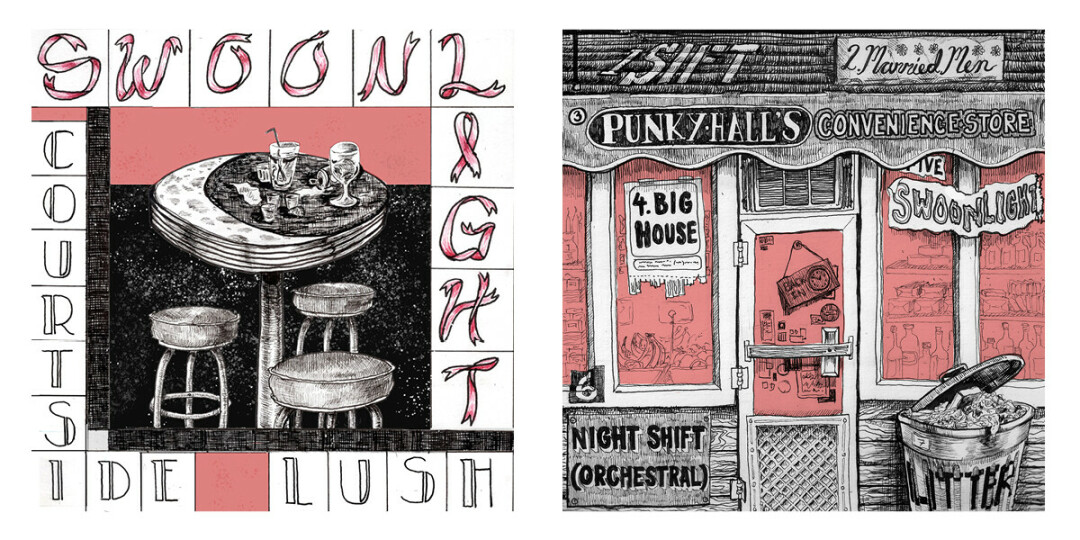 The result is a polished and woozy collection of songs that perfectly capture that feeling. Lord knows when we’ll get to have some more swoonlight in our lives, but thanks to Derks, you can taste it a little here.

Swoonlight is out March 5, and you can find it online at courtsidelush.bandcamp.com.