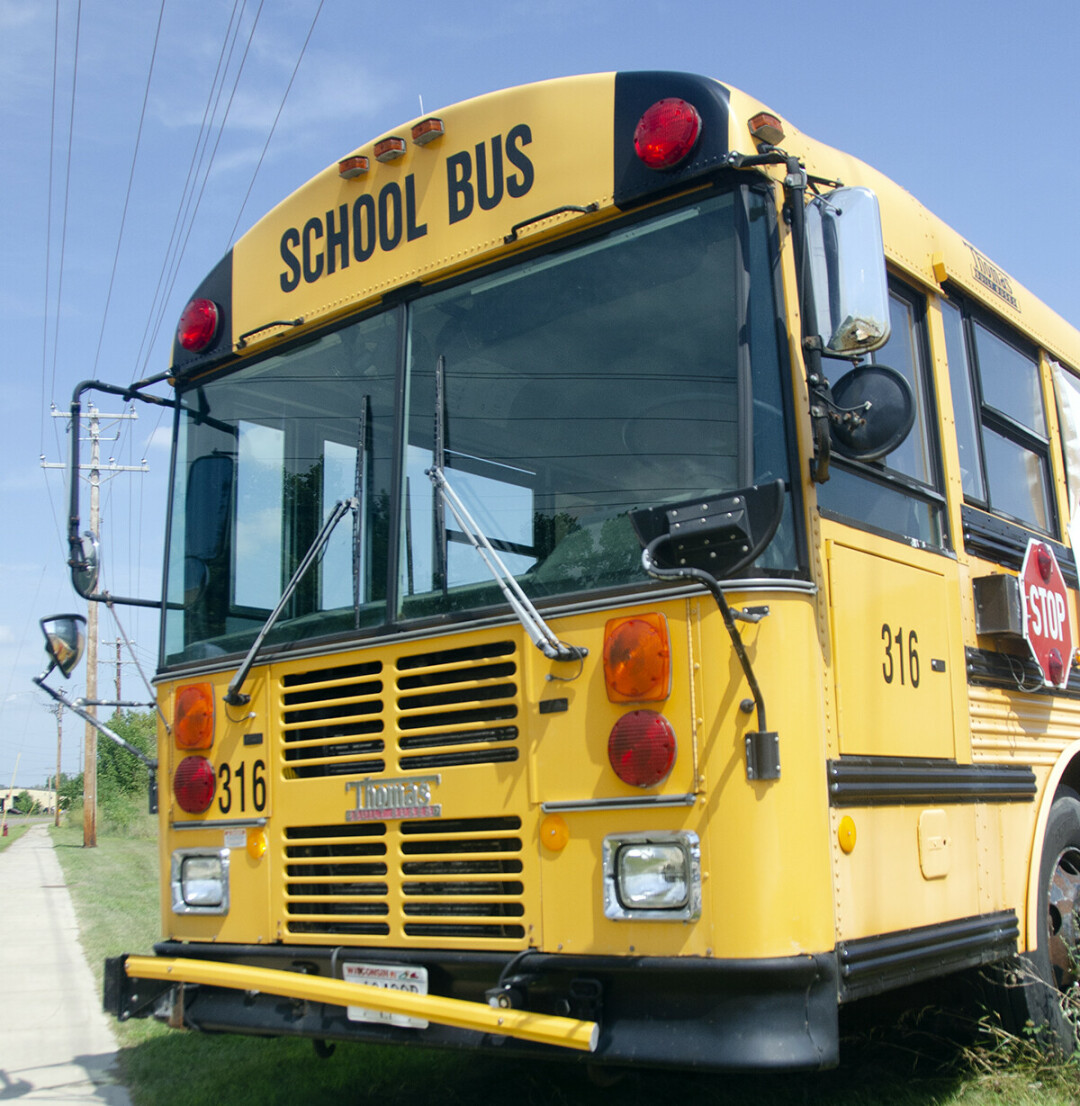 It’s been almost one year since Gov. Tony Evers ordered Wisconsin K-12 school closed in the face of the COVID-19 pandemic. Since that announcement on March 13, 2020, children, parents, teachers, and school staff have faced challenges adapting to a new environment – an environment that, for many, has meant significant time spent with virtual learning.

While students were limited to virtual classrooms for the remainder of last spring, many returned to in-person classrooms at least part of the time in the fall. Since then, most of the Eau Claire school district’s 11,000 students have had a hybrid schedule: split into cohorts and attending in-person classes two days a week while learning virtually on their other three school days. First- and second-graders, meanwhile, have been in school four days a week. Between these two groups, 9,141 of the district’s students have been in the classroom part-time. Another 1,881 have opted for entirely virtual education.

Now, like other districts across the state, the Eau Claire school district is considering bringing more kids back into its schools more of the time. In a Feb. 17 email to school district families, Superintendent Michael Johnson said he was pleased that the number of positive coronavirus cases in both the community and the school district were declining.

We are doing our best to address a growing community desire and need for more in-person learning while remaining focused on important state and county protocols that protect students, staff, and the community 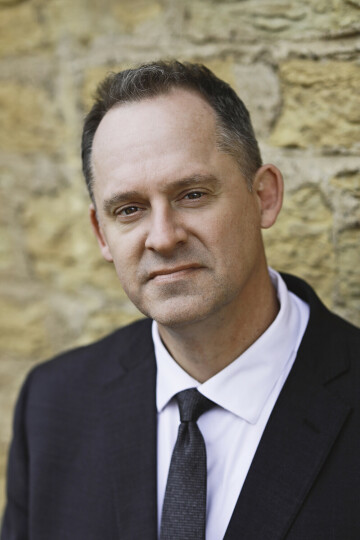 “We are doing our best to address a growing community desire and need for more in-person learning while remaining focused on important state and county protocols that protect students, staff, and the community,” Johnson wrote.

According to the district’s COVID-19 dashboard, there were only three positive cases of the virus among students and two among staff during the week ending Feb. 13, the last week for which data was publicly available. During the same week, 171 students and nine staff members were quarantined. In most cases, these were the lowest such figures since October.

(By contrast, in late November, as many as 46 students tested positive and 816 were quarantined in a given week.)

“District and school leadership have been preparing for the possibility of increasing the level of in-person learning, following our COVID-19 Instructional Model Decision-Making Process timeline and procedures for a potential shift in learning models, with final approval granted by the Board of Education,” wrote Johnson. He added that “shifting toward greater degrees of in-person learning requires time to gather data, prepare our schools and overall operations, as well as ensure readiness and success.”

According to the district decision-making process cited by Johnson, the district’s COVID Planning Team was slated to review data through Feb. 19. Consideration of moving to a less-restrictive education model could be taken at a March 1 school board meeting, with the change to take effect the week of April 5.

Johnson said the district regularly consults with the Eau Claire City-County Health Department about the latest back-to-school guidelines from the U.S. Centers for Disease Control. His email came just days after the CDC issued new school reopening guidelines, which according to The Washington Post “cited a growing body of evidence that in-person schools can operate safely.” Among other things, the revised guidelines stressed the importance of masking, hand-washing, contact tracing, and six-foot distancing, although the latter could be relaxed if community transition was low or moderate.

In late January, the CDC published a medical study conducted in K-12 schools in Wood County, Wisconsin, that found school-based transmission of the virus was low as long as masking, distancing, and other health measures were adhered to. 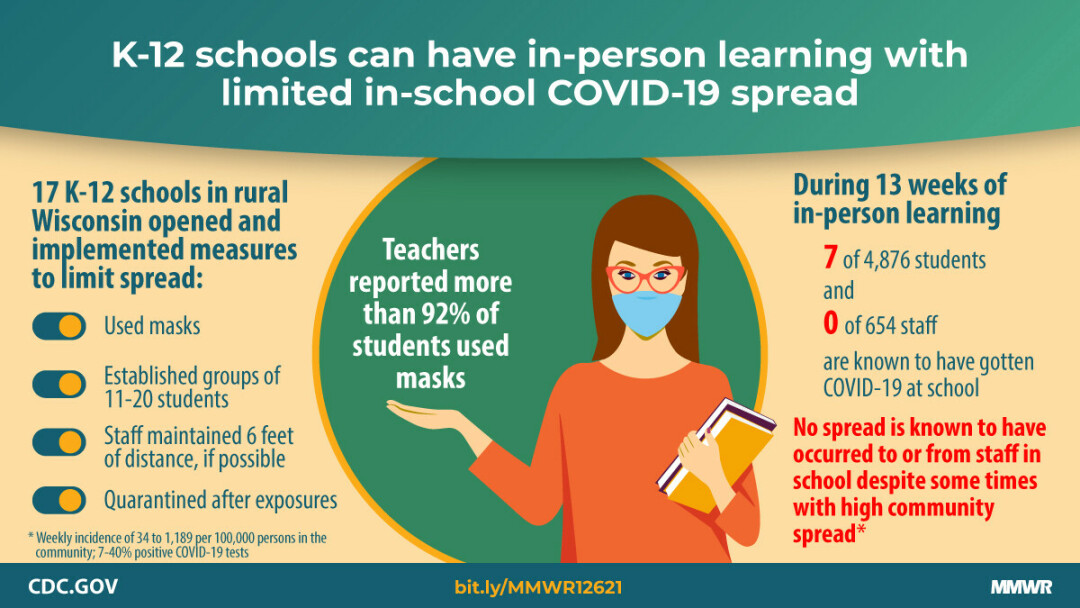