Token Jewelry Prepares to Glitter in a New Setting 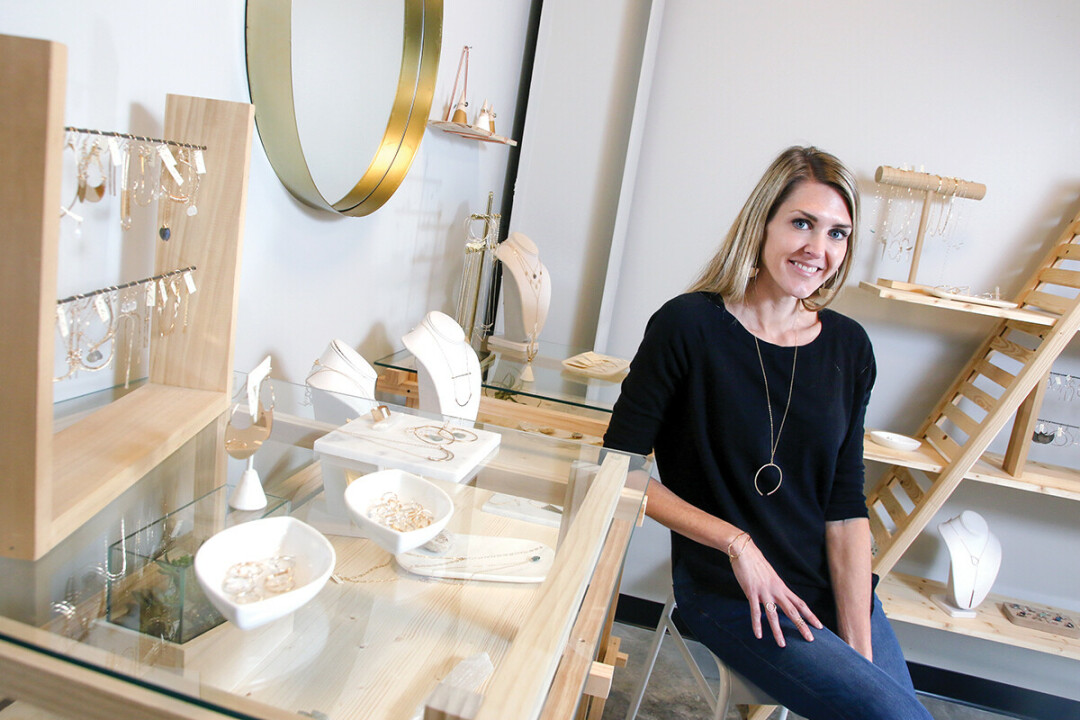 Sarah Wilger – shown at Token Jewelry’s space at Artisan Forge in 2017 – has purchased a new home for the business on West Grand Avenue.

After creating jewelry for years in Eau Claire, Sarah Willger is taking her business Token Jewelry downtown for its first brick-and-mortar store.

After renting a studio at Artisan Forge Studios for more than three years, she’s taking her craft to 106 W. Grand Ave. in the historic West Grand Avenue District.

Willger found a love for jewelry crafting in Bend, Oregon, and founded Token Jewelry in 2005. After moving back to her home town of Eau Claire in 2008 and starting a family, “jewelry design took a bit of a backseat,” she said. In 2016, however, she quit her day job, which pushed her into taking the leap that many entrepreneurs talk about: starting a new business.

When she found success in Eau Claire, she moved her business out of her house and into Artisan Forge Studios in October 2017.

“By January I had outgrown that,” Willger said, “and took over the triple studio space where I still am today.” 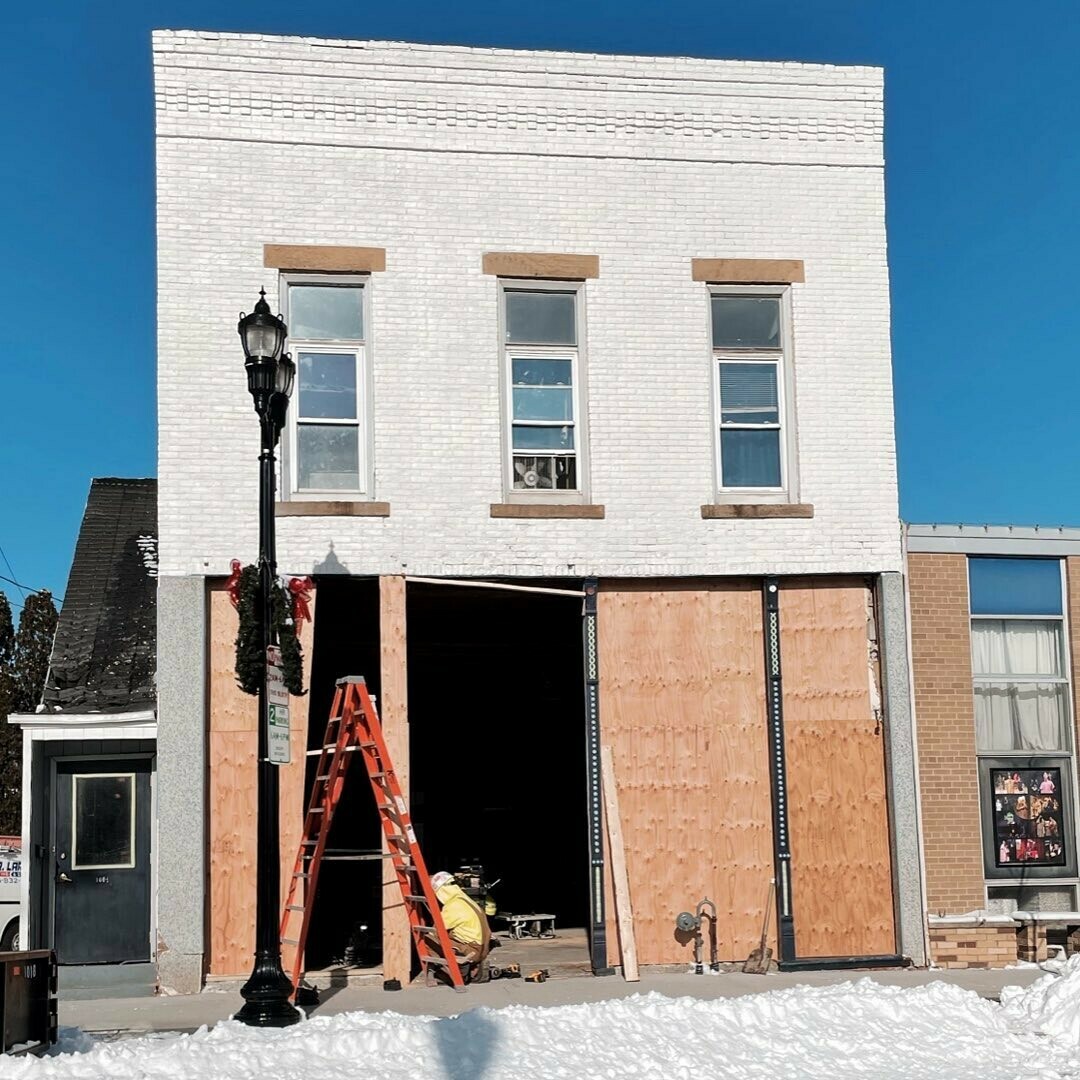 Hers isn’t the first business to leave Artisan Forge Studios to create its own space, as owner Greg Johnson says the studio gives artists and other creatives space to rent to pursue their passions, which often evolve past the studio space.

“Token has always been one of the flagship stops for people coming to the studio,” Johnson said. “It’s been a real delight and joy to have Token Jewelry in the building.”

What inspires her work? “Adoration of the simple shapes and lines found in nature,” she said. “Each piece celebrates the authentic and breathtaking beauty of the world through minimal and effortless designs.”

Despite owning the property on Grand Avenue, the storefront won’t be open until late spring or early summer, Willger said. After partnering with Shelter Architecture, a firm from Minneapolis, the building will be transformed into something “unlike any other in the area.” 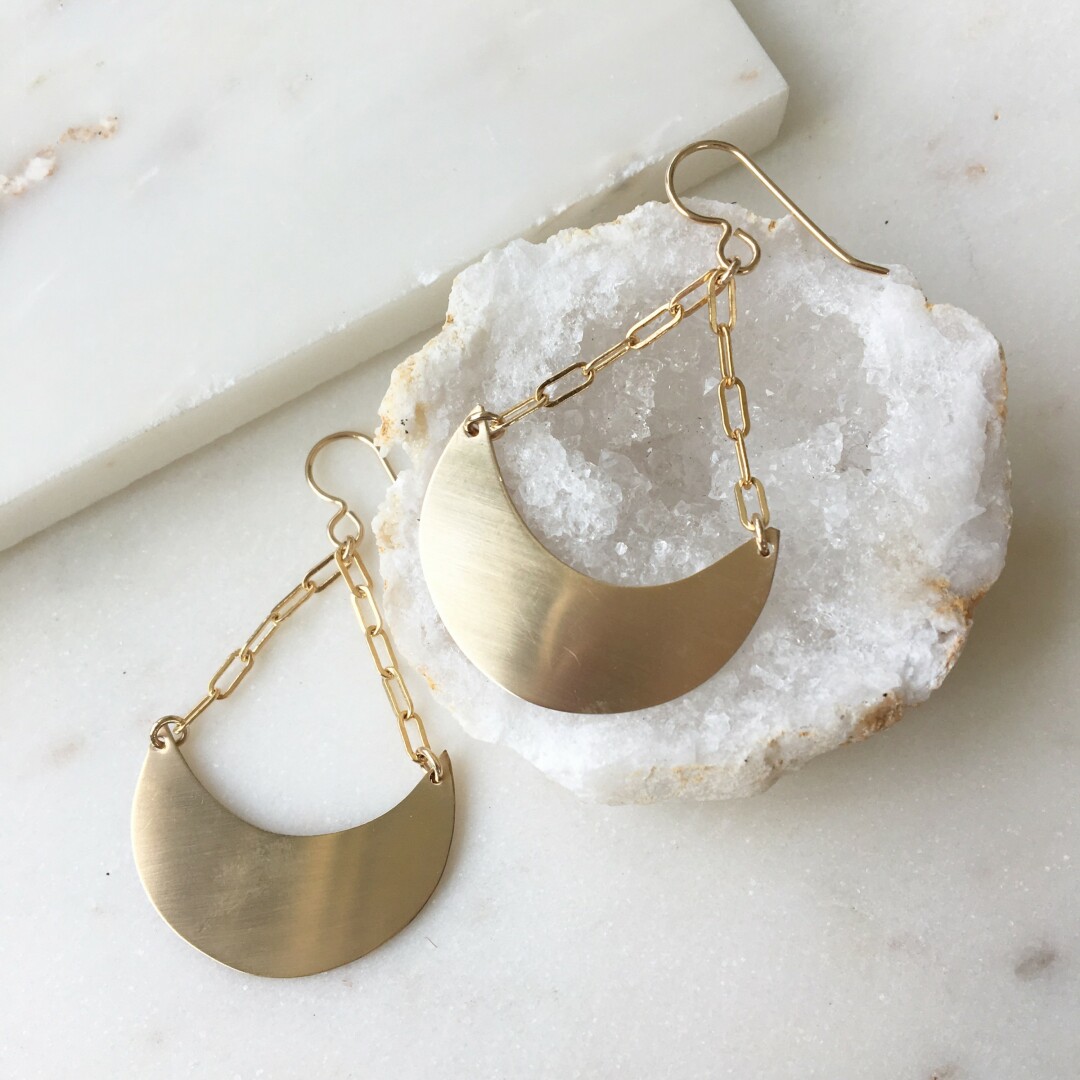 Token Jewelry creates hand-made pieces like this in Eau Claire.

Regarding growth, Willger said most of it has come from expanding wholesale partnerships, as her jewelry can be found in more than 200 retail shops across the United States.

Token Jewelry can even be found in the Magnolia Market, HGTV star Joanna Gaines’ store for various home goods, gardening, art and food. “That was really exciting for me since Joanna Gaines is such an incredible force right now,” Willger said. “It’s really flattering to know that she chose one of my designs to carry in her store.”

Besides selling her jewelry in stores across the country, she also sells products online which she says alleviated the pressure of lost sales in those stores.

“We are currently open to the public and following guidelines to keep both our staff and customers safe,” Willger said. “We have always offered customers the option of having their jewelry shipped or pickup up… now we have expanded to offer curbside pickup, too.”