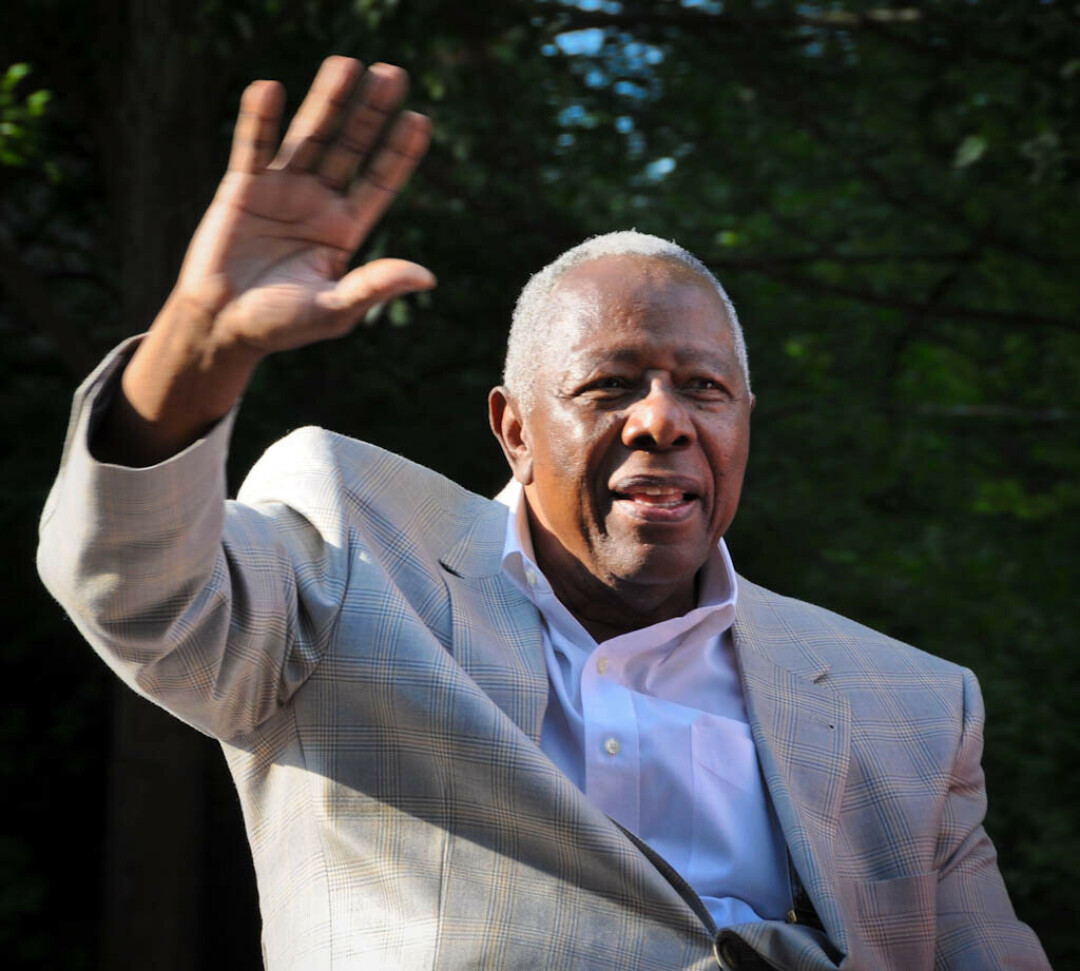 Our country has been shaped by remarkable, outspoken leaders. Historical figures called for action when they observed widespread hardship or were confronted with inequality. America truly would not be the country it is today without the courageous leaders of our past. During Black History Month and beyond it’s important that we honor and celebrate the extraordinary accomplishments of Black leaders from our country’s history.

The passing of Hank Aaron, the baseball legend and civil rights advocate, made me think about this a lot. Hammerin’ Hank made an impact on my own hometown, Eau Claire, a few years before I entered this world and long after. After he signed with the Milwaukee Braves in 1952 as a shy 18-year-old from the Deep South, he was assigned to play his first professional season with their Class C affiliate, the Eau Claire Bears. The rest is history as he went on to become the most prolific home run hitter by the time he retired in 1976.

Hank Aaron’s impact on the small northern city in Wisconsin was not only tied to his athletic skills. He faced racial prejudice and heard racial slurs while growing up and starting his career. Although he experienced some discrimination in Eau Claire, Hank Aaron never forgot how the Eau Claire community “opened up their arms” and accepted him. A number of families, who looked much different than him, invited him to dinner and welcomed him into their homes over the course of the summer. Aaron changed a lot of perceptions for residents living in a predominantly white community and made people see someone for who they were, rather than what they looked like.

Although he experienced some discrimination in Eau Claire, Hank Aaron never forgot how the Eau Claire community “opened up their arms” and accepted him. 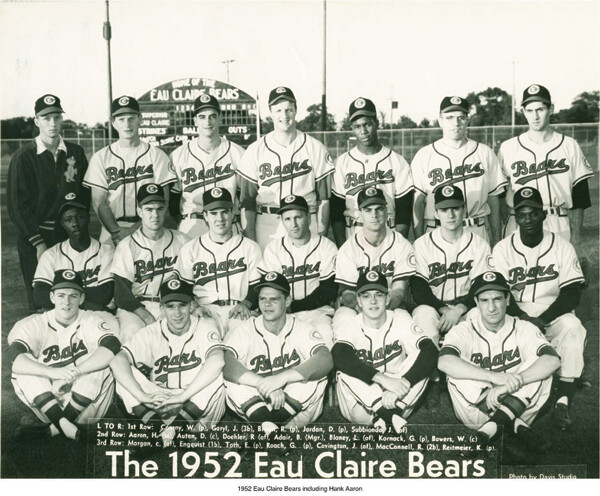 Hank Aaron is shown at far left in the second row of this Eau Claire Bears team photo from 1952.

Hank Aaron experienced racism throughout his career and it didn’t disappear even after he helped the Braves win a championship. He even received death threats as he approached the revered home run record of Babe Ruth in 1974. Hank Aaron continued to persevere both on and off the field; his achievements helped push for racial equality in America.

When he played for the Braves, he requested a public moment of silence before a game to acknowledge Martin Luther King Jr.’s assassination. They never honored this request, but he remained unapologetic in his push for equality. Hank Aaron remained a civil rights activist into his retirement, while involved with the NAACP. In 2002, he was awarded the Presidential Medal of Freedom for promoting civil rights.

Of course, Hank Aaron wasn’t the first Black athlete to break racial barriers and become a civil rights activist. Jackie Robinson opened many doors when he began as first baseman on April 15, 1947 – five years before Hank Aaron came to Eau Claire. Jackie Robinson’s career is well documented; fans cursed him, other teams threatened to not take the field and even some of his own teammates threatened to sit out.

As much as we know about Robinson’s baseball career, his passion for social justice started well before that. In fact, Jackie Robinson, was court-martialed as a member of the Army in 1944 because he refused to sit in the back of a bus because of his skin color. Robinson’s legacy in breaking down the “color barrier” signified broader acceptance and inspired many other Black Americans during the Civil Rights movement of the 20th Century.

There have been people and events driven by hatred and division over the course of our country’s history. Fortunately, leaders like Hank Aaron emerged to bridge divides and work toward a more equitable America, despite overwhelming adversity. Black History Month calls on us to remember the legacies of these leaders who devoted their careers and lives to improving the lives of people of color.

We owe a lot to Black leaders who made great strides to get our country where it is today. But, we still have a lot of work to do. The stories of Hank Aaron and Jackie Robinson remind us a better world is possible through shared goals and a commitment to uplifting the voices of those who are too often silenced.