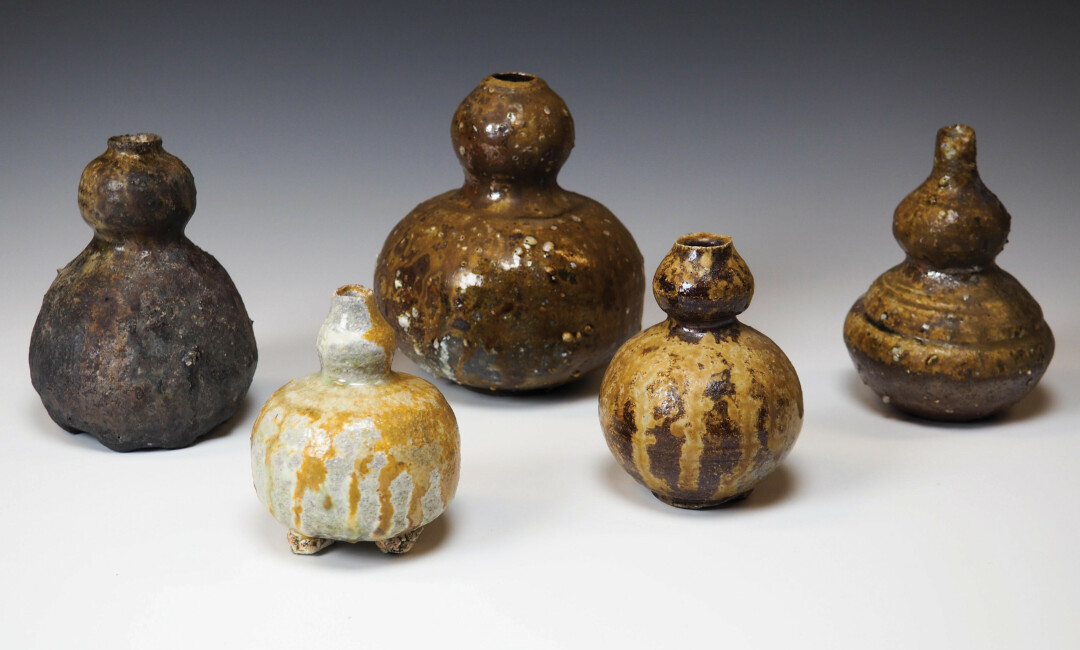 David Caradori has been wood firing his Sasukenei kiln four to five times a year for the past 15 years. The kiln was designed and built under the supervision of Japanese kiln master, Masakazu Kusakabe. The kiln is fired for 24 hours and requires two people to accomplish the task. Daniel Ingersoll has been Dave’s firing partner since the kiln was built. The two local potters have work featured in the Pablo Center’s new free virtual exhibit, “Potters Of The North,” which displays a remarkable level of traditional skill. The designs are beautiful and earthy, sometimes a little rough around the edges, but the hand-crafted nature of each piece draws a throughline to their historical significance. “I believe in putting out a product that is timeless and enhances our culture through tradition,” Caradori writes in his artist statement. “The firing process and alchemy of the glazes represent a large part of my artwork with an emphasis on functionality in a traditional craft setting.” To view the gallery, learn more about the potters, and see their works, go to pablocenter.org through Jan. 31.