It’s 1975, and Mike, Jim and I, all in our mid-20s, work together in a school for emotionally disturbed children. It’s Friday afternoon. The last bell rings. We need a beer.

Mike climbs behind the wheel of his VW van. Jim calls shotgun. I settle in behind them. Also in the van is a book called “Wisconsin Death Trip,” a compilation of historical news stories and photographs from the late 19th century centered in the Black River Falls area. The photos are of the people who lived and died there. The stories are mostly straightforward newspaper accounts of arson, madness, suicide and murder. For example: “Henry Johnson, an old bachelor of Grand Dyke, cut off the heads of all his hens recently, made a bonfire of his best clothes, and killed himself with arsenic.” Black River Falls is only an hour’s drive away. So that’s where we head.

We didn’t make it home for two days.

We explore Black River Falls and continue down the road, cruising coulees of the Driftless Region, climbing bluffs to admire tug boats laboring in the Mississippi current. We discover a mutual fondness for roadside taverns.

We are young and bulletproof.

We call our excursion a “Death Trip,” and we start planning more “Death Trips” together. For more than three decades, despite job changes and marriages and the birth of children and divorces and migrations to new homes thousands of miles away, the three of get together at least once nearly every year for a “Death Trip.”

Death Trips vary from planned expeditions to simply “get in the van and go.” Once we have a game of catch on Iowa’s Field of Dreams. Often we cast off from Bayfield on Mike’s sailboat and ride the wind.

In 1980 I’m renting a bedroom from Mike and his wife, Linda, when Linda gives birth to a son. They name him Dan. Mike protests suggestions his son is named after me. “An unfortunate coincidence,” he proclaims, or alternately, “It was all Linda’s idea.”

There is only one rule on a Death Trip: Never turn back. If we miss a turn, we keep going, find a new path to wherever we’re headed. Sometimes we discover the unexpected.

In 2007 we rent a houseboat to cruise the Mississippi River. Mike is the natural captain. We ditch the boat on offshore sandbars, living on brats and Leinie’s Original. In the evening we watch the slow eclipse of the bluffs above the eastern shore. In the morning we see the sun’s first rays kiss the bluff tops to the west.

Mike is off his game. He’s had some blood work done, but postpones the follow-up doctor’s visit until after the Death Trip. Says he’s afraid they’ll tell him to lay off beer.

Mike needs a liver transplant. I offer to donate half mine, but with the mileage I’ve put on it, they politely decline.

One morning I’m sitting at my desk when the Mike calls. He and his wife Jill are on the road toward the Mayo Clinic in Rochester. “They have a liver,” Mike says. “It’s on.” We’ve talked about the risks of transplant surgery. There’s excitement in his voice. And anxiety. “See you in a couple days,” I say.

Mike survives, flourishes for a time but then the cancer returns. In the summer of 2009, Mike’s well enough for another Death Trip. We head north, bound for “Hayward, Hurley and Hell.” We find new roads and previously undiscovered roadside taverns.

The last night we splurge for dinner at a classic supper club, rare steaks, fried fish and a relish tray. We consider our next Death Trip. And finally, there’s a Grasshopper for dessert, and we pass it around.

A couple months later, Mike is in the hospital. I visit him nearly every day after work. During one visit he’s staring at a drawing of what looks like snakes curled in the bottom of a bucket, little black dots drawn everywhere on the snakes. The drawing is in his doctor’s hand.

“It’s in the intestines,” Mike says. “The dots are cancer.” He hands me the sheet and I stare at it. “Asked if I could make it to Christmas. Didn’t sound good.”

It’s a Sunday afternoon when every soul who has who has ever been on a Death Trip gathers with the other mourners at Mike and Jill’s house in the country. For his final Death Trip, Mike rides in a handmade wooden coffin in the back of a pickup truck to a hole dug by a backhoe in a hillside overlooking their pasture. And after we say what must be said and sing what must be sung, we use ropes to lower him into the ground and fill the hole, a shovel full at a time.

The next summer we invite Mike’s son Dan to join us on the Death Trip, not to replace his father, but add to his father’s story. And his own story. And our story. Dan has been on every Death Trip since.

In July 2019 our Death Trip settles near Trempealeau. We revisit coulees and watch tugs push barges in the Mississippi. We tend to our fondness for roadside taverns.

The last night of that Death Trip we splurge for dinner at a supper club, rare steaks, fried fish and a salad bar standing in for a relish tray. Sitting at that table, I wonder: Another last supper? We never know, do we? Look around the table, try to calculate the odds. Won’t do any good; Death has the ultimate poker face.

Mike’s life and his death are on board the Death Trip bus. Done deal. But we honor the Death Trip rule: Never turn back. In that moment I choose to concentrate on the chew of my steak. Take another trip through the salad bar. Have butter AND sour cream on my baked potato.

And for dessert, I order a Grasshopper, and I pass it around. 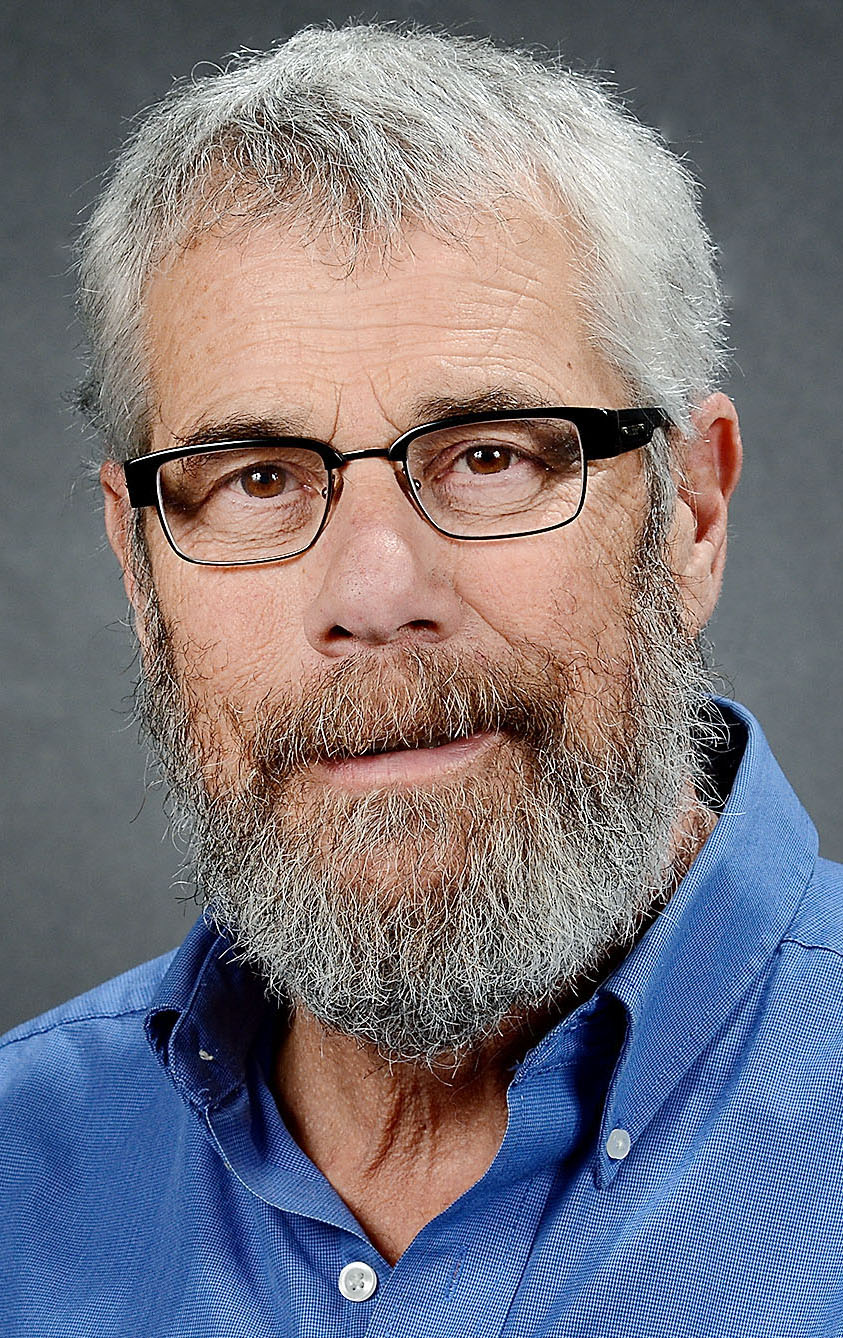 Dan Lyksett spent 34-plus years as a newspaper reporter, columnist, and editor. He’s enjoying the next act. For more by and about Dan, go to his author page on volumeone.org.