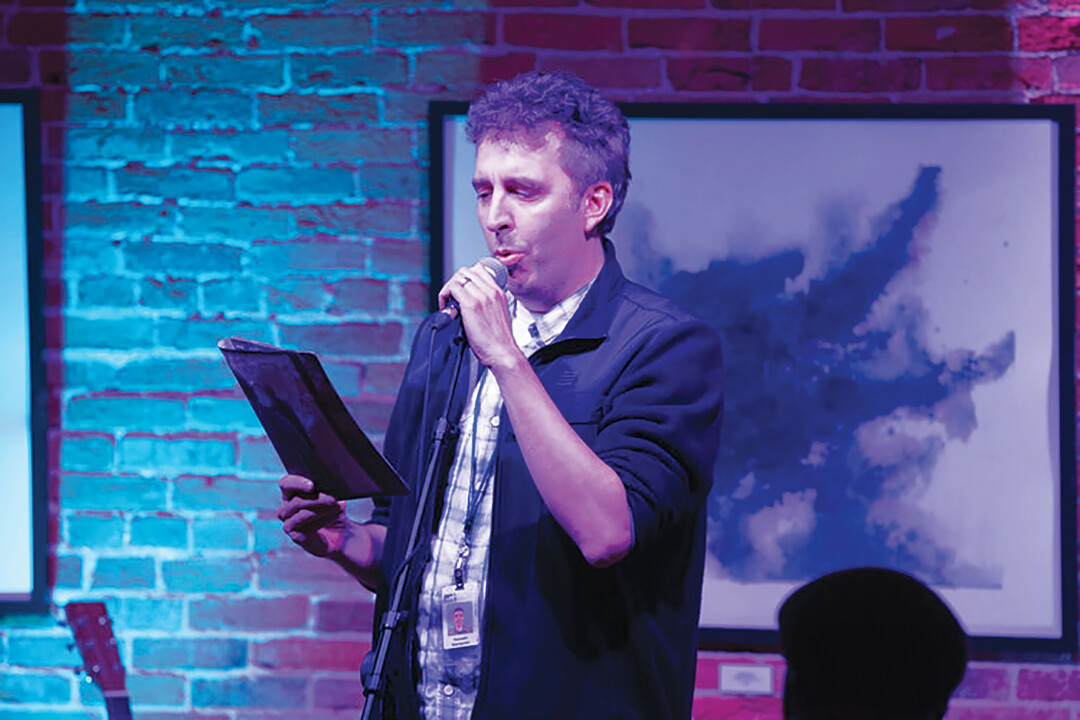 Ken Szymanski holds many titles. He’s a husband, father, middle school English teacher, and the 2020-22 Writer in Residence for the City of Eau Claire. For all intents and purposes, he’s our city’s writing extraordinaire, and he’s recently added a new book to his impressive list: Home Field Advantage, a collection of essays that are 100% local, focusing on the city – and people – Szymanski knows and loves best.

Syzmanski has been writing about Eau Claire since the 1980s, when he was the editor of his junior high school newspaper. He continued his writing career in the ’90s as a freelance music journalist with The Leader-Telegram. He captures vivid moments from his writing career in his brand-new book, comprising a collection of essays Szymanski has written over the years about teaching and childhood memories from growing up in Eau Claire. Earlier versions of his stories have appeared in our very pages of Volume One, as well as the pages of Barstow & Grand.

“I’ve spent over two decades teaching middle school, so I’ve learned to cater to short attention spans and reluctant readers,” Szymanski wrote in a Facebook post. “Nothing in here, other than the occasional reference from the 1980s, will go over anyone’s head.”

"These stories reflect my experiences as an Eau Claire native, and the people I've encountered along the way."

Home Field Advantage has been a long time coming for Szymanski, as he had amassed a handful of stray stories over the years that he wanted to give a permanent home. You might recognize one of his essays, No Escape from 7346, from one of our recent issues of Volume One.

“Being named the Eau Claire Writer in Residence gave me some extra motivation to put out this collection now,” Szymanski said, “as the stories reflect the people and places of our city.”

Of course, putting a book together is a process; between his family life and teaching career, Szymanski didn’t have a lot of spare time to write and edit. As the stories began piling up, Szymanski began piecing them together, which eventually led to his book. He's also the author of Blue Light Special, a collection of fiction, non-fiction, and poetry. His newest publication focuses specifically on non-fiction.

“These stories reflect my experiences as an Eau Claire native,” Szymanski said, “and the people I’ve encountered along the way.”

While there are plenty of essays in the book to keep readers entertained, Szymanski does have a few favorites: “Snowball Fights and Beer Chasers” and “Thick as Thieves” bring back thrilling memories from his youth, along with stories about other locals, such as the teachers he worked with at South Middle School. Several of his pieces also have appeared in the pages of Volume One. Szymanski said the stories in Home Field Advantage were especially enjoyable to write because it gave him the opportunity to showcase the best stories others had to tell.

This Christmas Eve, Szymanski (a.k.a. “Santa”) even trekked through the snow to make home deliveries of his newest publication. You also can snag a copy at The Local Store.

To keep up to date with Szymanski and snag a copy of his new book, Home Field Advantage, head to kenszymanski.com.