after two weeks in the dark, Converge Radio is back on local airwaves – this time on 101.9

In September, the staff and team at Converge Radio found out that the station, tower, and call letters were being sold to a Christian radio network based in Appleton. That evening, they had a Community Advisory Board meeting.

“That night, when we got together, the board was unanimous,” says Ed Hudgins, the board’s chair. “‘We’re not done – we have to figure out a way to keep this going.’”

In the face of that setback, and in the three months since that meeting, the station began to organize, reach out into the community, and make the moves needed to persevere.

Just two weeks after the local radio station went dark on its former home on the FM dial (99.9) it’s back on Chippewa Valley airwaves – this time at 101.9. The move comes as the result of a pretty remarkable cross-community lifeline from different groups in the Valley.

We’re starting out basically debt-free. We have a chance to build the organization in a healthy manner financially from the very beginning. Not having to worry about debt, we’re positioned to really be successful and grow, potentially really quickly.

Today – Monday, Dec. 21 – Converge begins broadcasting from its brand-new studio space on the second floor of the Pablo Center – the first of its big moves. The new studio is connected throughout different facets of the arts center, giving the station more opportunities for in-studio sessions and livestreams.

Next, Valley Media Works – a local public access entity and community media outlet – will continue to broadcast a government meeting and/or church service here and there on 101.9, but the rest of the time will be filled with Converge Radio’s original programming, local bands, a wide array of national tunes, and the on-air personalities making it all click.

The Converge name and brand are now owned on a temporary basis by Uniting Bridges, a local nonprofit that advocates for under-represented groups and equity here in the Chippewa Valley. Hudgins says Uniting Bridges will hold the name and brand for two years while Converge pursues a 501(c)(3) nonprofit status, then will eventually transfer ownership back to the new entity.

“The amount of support we’ve got from (Uniting Bridges) has been incredible,” says Station Manager Ashley Wiswell. “And their willingness to jump on it and take Converge under their wing was really cool.” 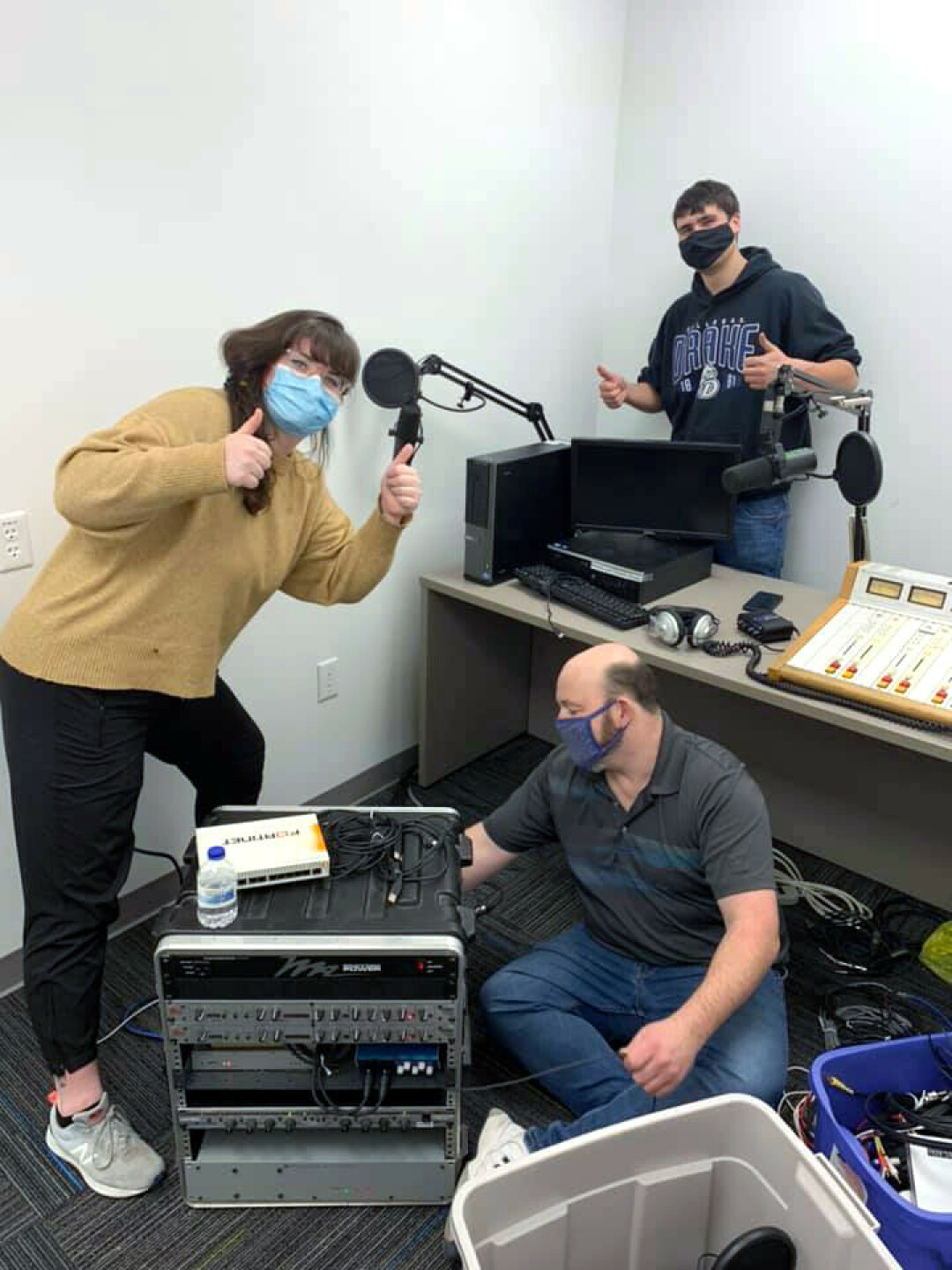 It would’ve been all too easy for Converge Radio to go away forever. Many times before, even. But the Chippewa Valley community has stepped up time and again to keep the ship afloat. It speaks to the power of the interwoven support system among the local arts community, and the special niche the station has carved out for itself over the last five years.

When it was 99.9, Converge had to face staggering costs to transmit a signal from its tower near Cornell – costs that could never really be met with sponsorship or advertising dollars. The UW-Eau Claire Foundation, which owned the station previously, had to step up to keep everything afloat before making the gut-wrenching decision to sell.

“I can’t say enough about the Foundation,” Hudgins says. “The station would’ve been dead in the water had it not supported us financially. We wouldn’t be in any position to do the stuff we’re doing without their support.”

While Converge now has no affiliation with UW-Eau Claire nor the Foundation, it also doesn’t have those weighty costs hanging in the balance.

“We’re starting out basically debt-free,” Hudgins says. “We have a chance to build the organization in a healthy manner financially from the very beginning. Not having to worry about debt, we’re positioned to really be successful and grow, potentially really quickly.”

As Converge pivots to a new home, they are also pursuing new sponsorship opportunities and new ways to drum up revenue. Converge renewed its contract with the South Barstow Business Improvement District, allowing the station to continue to pipe local tunes through the speakers along South Barstow. The station is also planning a major fundraising effort early in the New Year.

Further down the line, Converge Radio’s big dreams include syndicating some of its original programming and having affiliates around the whole state.

But for now, Wiswell, Hudgins, and the whole crew at Converge Radio are happy just being back on the air, giving listeners something good – and local – to listen to. And it’s made all the sweeter by the community’s willingness to pitch in to help keep the beloved station here to stay.

“Truly it’s been really cool to see how the community has really come out to support us,” Wiswell says. “Seeing the amount of love poured into this Converge thing was really really motivating to keep it going.”