a search for the truth about Santa Claus in our anxiety-ridden, doom-scrolling times 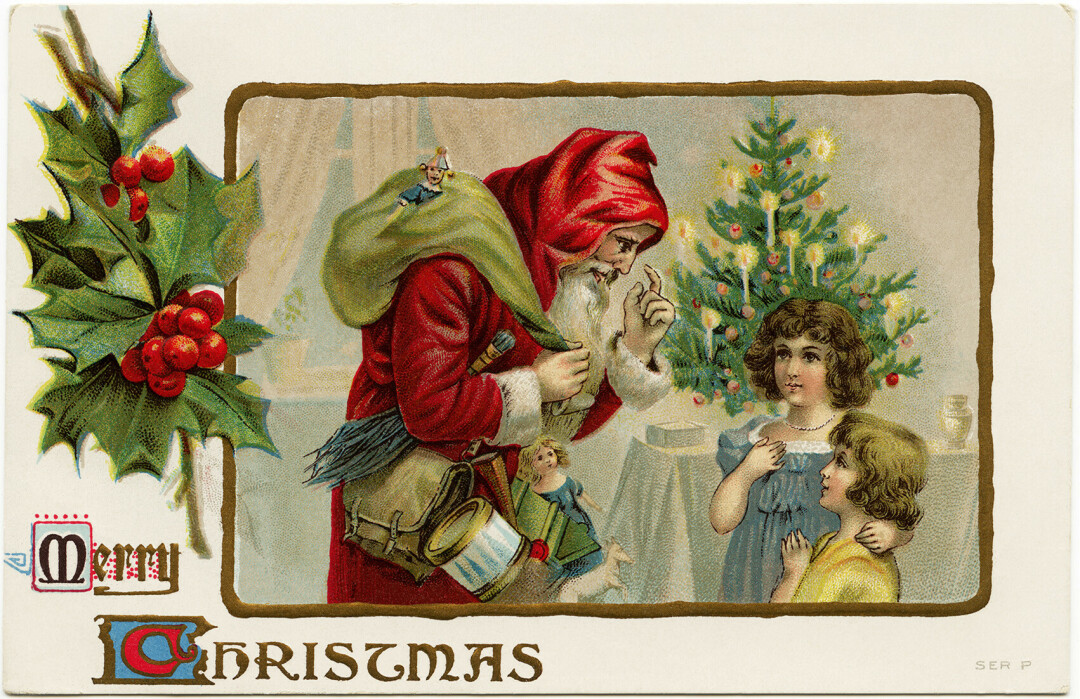 One of the best Christmas stories ever written begins not in Ebeneezer Scrooge’s counting house or in a Bethlehem stable, but in the inquisitive mind of an 8-year-old girl in 19th-century New York. And, rather than gothic fantasy or religious miracles, this story is about the search for truth in an uncertain world – a search that we 21st century folks should be able to relate to in our anxiety-ridden, doomscrolling times. The story in question is the legendary 1897 New York Sun editorial headlined, “Is There a Santa Claus?” It was written by one of the paper’s editors, Francis Pharcellus Church. Most famous for its declaration that, “Yes, Virginia, there is a Santa Claus,” Church’s editorial was written in response to a heartfelt inquiry from little Virginia O’Hanlon. A modern cynic could certainly slam Church’s editorial as “FAKE NEWS” – journalism is supposed to be about the truth, right? – yet I choose to believe  his response taps into a deeper truth about the holiday season in general and Santa Claus in particular. In 1897, as today, the news was filled with turmoil and tragedy. Recognizing the generosity, joy, and love embodied by St. Nicholas can help us recalibrate our perceptions – not to ignore all the bad things in the world, but to temper our anxieties with a fuller celebration of all that is good around us, especially that which goes unappreciated and unseen. If you’re the kind of person with a set of holiday reading or viewing rituals – The Night Before Christmas, A Christmas Story, etc. – may I suggest you add this little editorial to your list. 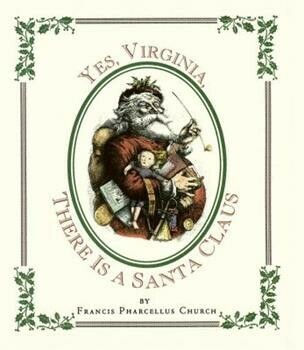 I am 8 years old. Some of my little friends say there is no Santa Claus. Papa says, ‘If you see it in THE SUN it’s so.’ Please tell me the truth; is there a Santa Claus?

VIRGINIA, your little friends are wrong. They have been affected by the skepticism of a skeptical age. They do not believe except they see. They think that nothing can be which is not comprehensible by their little minds. All minds, Virginia, whether they be men’s or children’s, are little. In this great universe of ours man is a mere insect, an ant, in his intellect, as compared with the boundless world about him, as measured by the intelligence capable of grasping the whole of truth and knowledge.

Yes, VIRGINIA, there is a Santa Claus. He exists as certainly as love and generosity and devotion exist, and you know that they abound and give to your life its highest beauty and joy. Alas! how dreary would be the world if there were no Santa Claus. It would be as dreary as if there were no VIRGINIAS. There would be no childlike faith then, no poetry, no romance to make tolerable this existence. We should have no enjoyment, except in sense and sight. The eternal light with which childhood fills the world would be extinguished.

Not believe in Santa Claus! You might as well not believe in fairies! You might get your papa to hire men to watch in all the chimneys on Christmas Eve to catch Santa Claus, but even if they did not see Santa Claus coming down, what would that prove? Nobody sees Santa Claus, but that is no sign that there is no Santa Claus. The most real things in the world are those that neither children nor men can see. Did you ever see fairies dancing on the lawn? Of course not, but that’s no proof that they are not there. Nobody can conceive or imagine all the wonders there are unseen and unseeable in the world.

You may tear apart the baby’s rattle and see what makes the noise inside, but there is a veil covering the unseen world which not the strongest man, nor even the united strength of all the strongest men that ever lived, could tear apart. Only faith, fancy, poetry, love, romance, can push aside that curtain and view and picture the supernal beauty and glory beyond. Is it all real? Ah, VIRGINIA, in all this world there is nothing else real and abiding.