cyclists pave the way for two new bike trails in the Chippewa Valley, thanks to a state grant 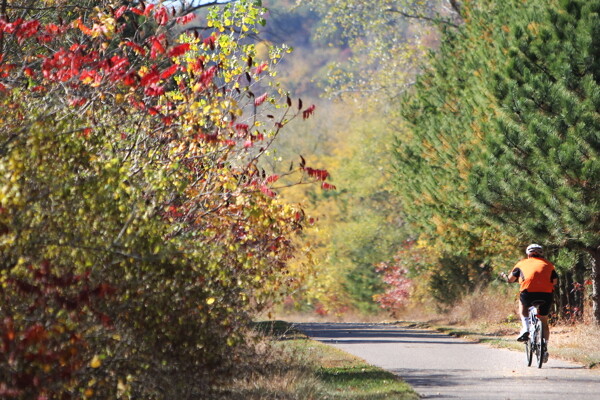 The Chippewa Valley region recently received $1.6 million from the State of Wisconsin’s Transportation Alternatives Program for two new bike trails. These trails will be built over the next five years. The first, funded by a $641,000 grant, is the Half Moon Lake Trail, which will be located in Eau Claire and will run from Folsom Street south to Half Moon Lake along an old railroad corridor. The second, funded by a $974,000 grant, is the Stillson Elementary School Trail, which will run from Stillson Elementary School to south of Lake Wissota in Chippewa County. In addition to these new funds, the West Central Wisconsin Regional Planning Commission will receive $548,800 to continue working to create safer routes to and from school for school children. According to Bike Chippewa Valley, over the years the Valley has received more Transportation Alternatives Program funds than any other part of Wisconsin.