Who’s Playing ‘Among Us’ in the Valley?

‘It’s a game where everybody looks the same. Everybody is acting the same, and there’s something devious about at least one of them.’ 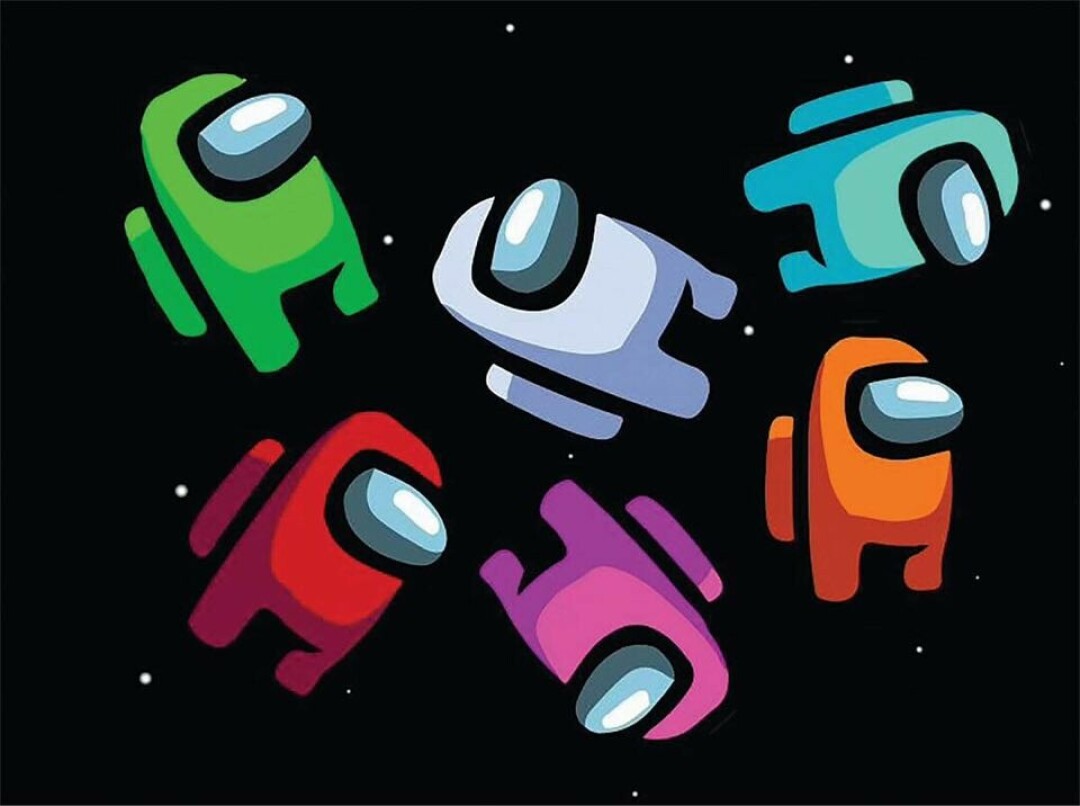 AMONG US. The L.E. Phillips Memorial Public Library will host an "Among Us" game night virtually on Dec. 4.

It’s the game everyone’s playing. The new craze. The 2020 obsession.

This online game has taken the Chippewa Valley by storm amid pandemic times, as the virtual nature of the game allows kids to play together even from miles apart.

It’s become so popular that the L.E. Phillips Memorial Public Library is hosting an “Among Us” Game Night on Friday, Dec. 4, at 7pm via Zoom for teens in the area who are passionate about the game. (You can register at ecpubliclibrary.info/teens/among-us).

It's a game where everybody looks the same ... and there's something devious about at least one of them.

A local parent whose kids love "Among Us"

Inspired by the live-party game “Mafia,” the rules of “Among Us” are simple. At the start of the game, players are randomly assigned the role of “crewmate” or “imposter.” Crewmates must virtually work together to finish tasks and identify the imposter among them before the imposter kills them all.According to Andria Rice, the Teen and Technology Librarian, this is the first time the library has hosted an “Among Us” event, though they have been hosting monthly game nights since September.

“My impression is (kids) really value having some sort of recreational contact,” she said, “especially with COVID-19.”Parents love the unique game as well.

“It’s a game where everybody looks the same,” local mom Barb Black said. “Everybody is acting the same, and there’s something devious about at least one of them,”Black used the game as a tool to teach her 8-year-old daughter about strangers.“That’s why we don’t trust just anybody because there are people who act like everyone else, do the same things as everybody else, but they don’t have the same intention,” she said. “So, we are careful with strangers.”

Janelle Solberg, a mother of five, agreed. “It’s a lot better compared to most gaming options that are out there right now,” she said. “There’s no problematic content, there’s nothing offensive about the game itself. I like that it is kind of social, the kids are interacting with each other. It’s all good-natured fun.”

For most teens, it’s just a matter of good old-fashioned fun.

Like many teenagers, 13-year-old Sam Black originally heard about the game through TikTok, a popular social media app, while Andrew Solberg, a 15-year-old gamer, discovered “Among Us” through the grapevine of friends.

“It’s just a good way for you to be able to play together, but you don’t have to be in the same room,” Andrew Solberg said.

“It’s something everyone wants to do, so it’s easier to connect that way,” said Ava Black, 16. “It’s fast paced and things are constantly happening. You have to pay attention.”

The obsession behind “Among Us” is easy to see among teens and kiddos, but the game has also captured the hearts of adults – including college students and parents.

“It’s a good way to communicate with family,” said Levi Scharder, a senior at UW-Eau Claire. He said the game helps with mental health, which is true. According to a recent Oxford University study, gamers reported a greater sense of well-being. “If you have a busy week, it’s nice to play for an hour. It’s healthy, it’s fun, it’s time-consuming, and it’s entertaining,” Scharder said.