they’re named after WHAT? 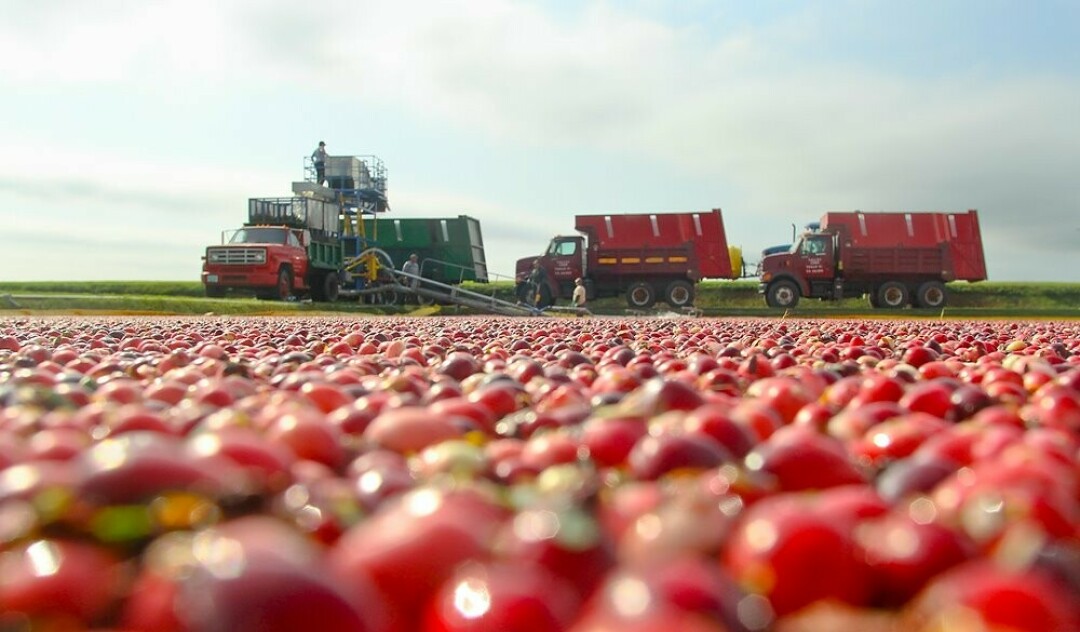 For many people, Christmas or Thanksgiving are the only times of year they even think about cranberries, let alone eat them. And since the holidays are upon us, let's dive into this fruity bog and learn more …

While heaping your plate with cranberry sauce this holiday season, you can impress your family and friends by explaining that Wisconsin is the No. 1 cranberry producing state in the nation, growing more than twice as many berries as runner-up Massachusetts. But if you really want to blow their minds, tell them that roughly half of the cranberries in the whole dang world are grown in Wisconsin: an estimated 560 million pounds this year, compared with roughly 1 billion pounds worldwide.

2. They're Named After Birds

It’s generally believed that the word “cranberry” comes from the term “crane berry,” which was used by early American settlers to describe the plant’s crane-like stem and flower – or perhaps because the berry grows in marshy areas, where cranes hang out. (We’ve got a lot of cranes in Wisconsin, too, by the way.)

3. They Don't Grow In Water

Based on pictures of people in hip waders harvesting cranberries, you may assume that the plants grow in water. Actually, cranberry vines grow in marshes and sandy bogs – wet places, to be sure, but not waterlogged ones. When the time comes, cranberry growers flood their bogs to make harvesting easier: The berries contain air pockets, so they pop to the surface.

4. They're the Official State Fruit

Yes, we have a state fruit. And yes, it’s the cranberry, as declared by the state Legislature in 2004. (Who says those politicians never get anything done, right?) The designation makes sense, considering cranberries are Wisconsin’s biggest fruit industry, in terms of both value and volume.

5. There's an Entire Museum Dedicated to Them

The Wisconsin Cranberry Discovery Center is located in a former cranberry warehouse on Main Street in Warrens. It’s got historical exhibits, videos, a cranberry ice cream parlor, and a gift shop featuring (count ’em!) more than 200 products made from Wisconsin cranberries.