Check Out This New-Age Virtual Production of ‘A Christmas Carol’ 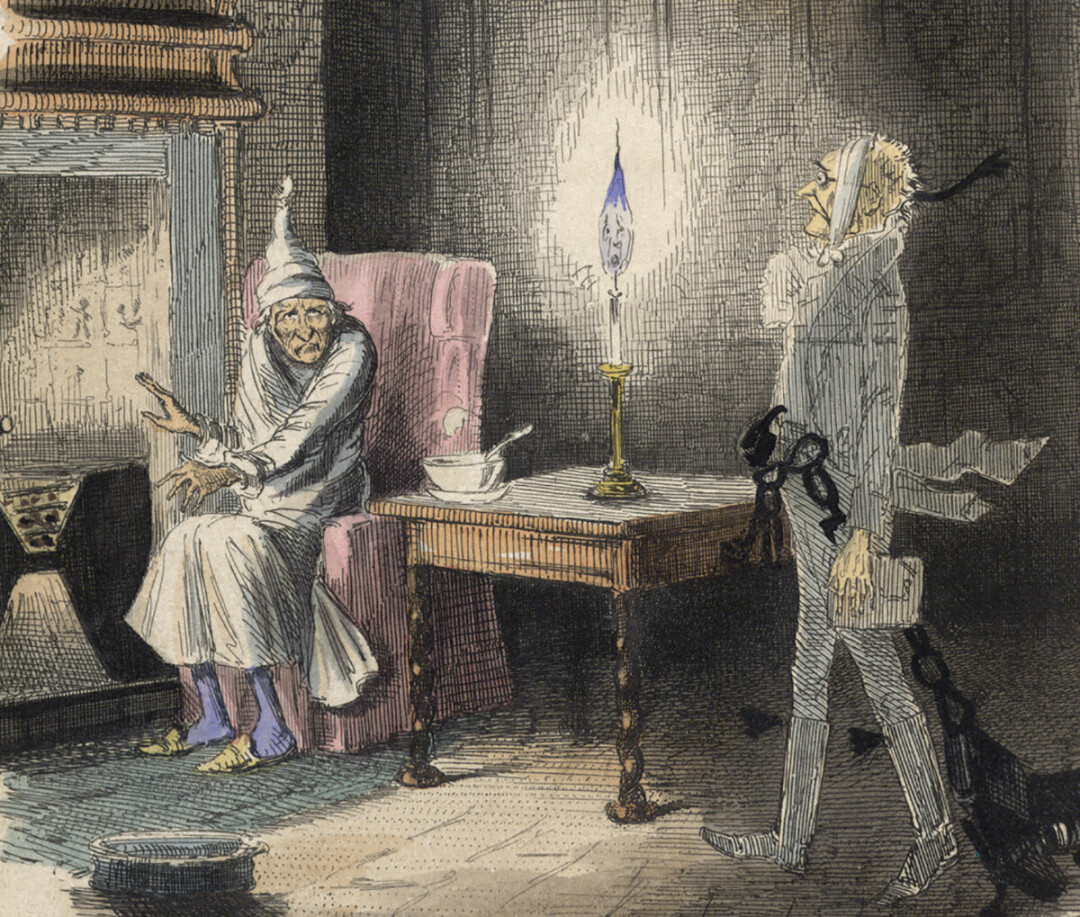 MARLEY'S GHOST! An upcoming production of Charles Dickens' A Christmas Carol will be virtual, but not spectral. This illustration is from the original story, published in 1843.

This holiday season, you can visit the theater virtually from the comfort of your couch. Chippewa Falls-based Stage Door Unlocked Productions will present a live stream of A Christmas Carol – A Reading by Charles Dickens at 7pm on Friday, Dec. 11 via Zoom. Performer, director, and international audition coach Nate Plummer stars as Dickens. This “one-man” production is based on Charles Dickens’ American Reading Tour of the late 1800s in which Dickens portrayed each of his beloved A Christmas Carol characters. Now, over 150 years later, Plummer has reimagined the production to incorporate some advanced theatrical technology with LED lighting, projections, and sound effects. Audience members can enjoy the performance in real time on a computer, tablet, phone, or any device that connects to the Internet. Tickets are $20 per device and can be purchased at www.stagedoorunlocked.com/dickens. After purchasing tickets, audience members will receive a code that will allow them to view the performance.