COLUMN: Ensuring Voting Rights for All 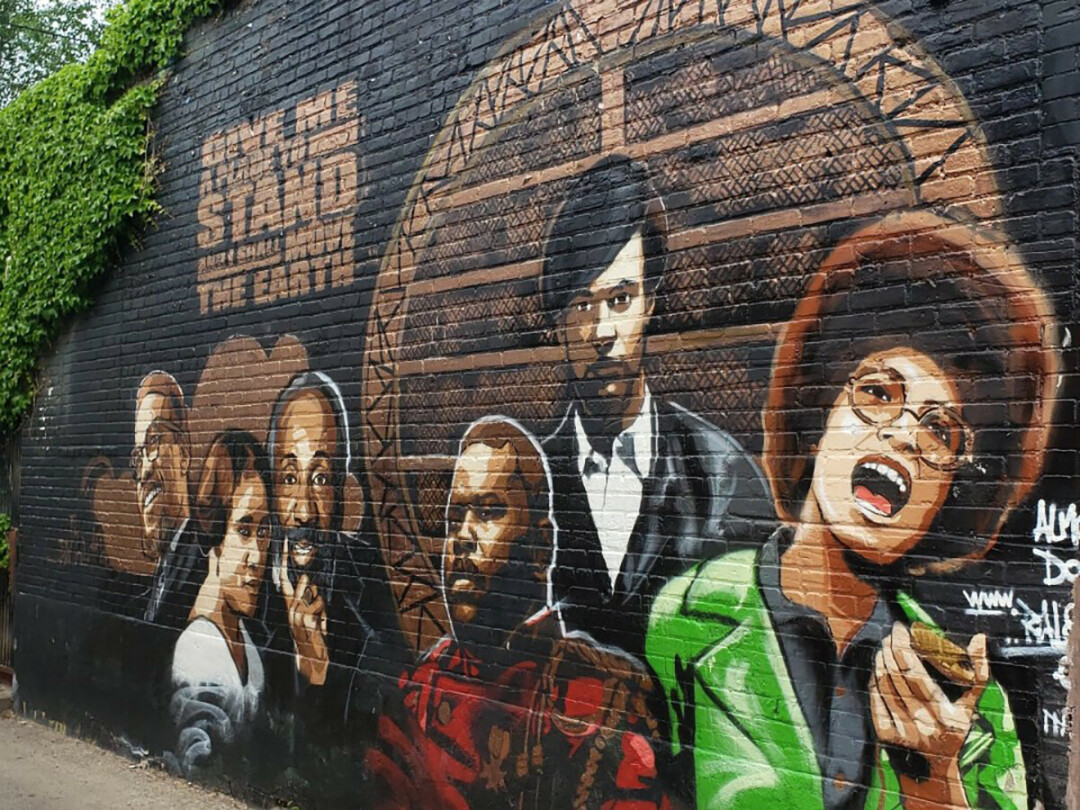 FAMOUS FACES. This mural featuring noteworthy Black Americans, including Malcolm X (far left) and Angela Davis (far right) is found near the site in Minneapolis where George Floyd was killed by police in May.  (Photo by David Carlson)

I lower my speed to 65 miles per hour as I travel past the Stanley Correctional Institution. I look at the blue pole shed where the indoor basketball courts, weight room, and music room are located. I pass the first of the uniform blue-and-white painted units, now focusing intently as I pass by Building 2. I can see my old cell window on the second floor of the middle wing of this three-wing building. I imagine there is someone staring back out at me, past the electric and concertina wire fences surrounding the grounds. I wonder if they could understand how interconnected their life and my life are now? Would they ever believe there is someone like them fighting for the future inhabitant of that cell? I doubt it. When I stared out that same window I assumed the drivers who passed never took the time to think of the nearly 1,500 lives caged within those fences.

I am now the Eau Claire County Regional Organizer for the American Civil Liberties Union of Wisconsin’s Rights for All Campaign, one of many hats I wear in my civilian life. I greatly value the ACLU’s guidance in leading me to the transformative objective of expanded electoral access. According to the Vera Institute, in 2018 there were 23,844 individuals incarcerated in Wisconsin prisons. In 2015, there were 12,921 in Wisconsin’s county jails. Of all those in Wisconsin prisons in 2017, 41% were African-American, even though African-Americans make up only 6.7% of the state’s population.

The vote is the weapon this country’s founders so fearfully kept sheltered from those whom they relegated to subservience and servitude. 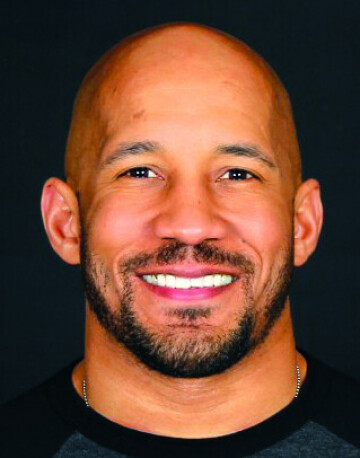 The U.S. Constitution has been interpreted as saying that those who have been convicted of one of the multitudes of felony offenses – many of which are related to drugs and non-violent crimes – do not belong in this country; that we no longer enjoy the civil liberties guaranteed to us by our founding legal documents. Furthermore, the precedent that has been set with felony disenfranchisement – and the overrepresentation of African-Americans at every stage of criminal conviction – communicates that in the U.S., African-Americans and other people of color are even less welcome to partake in the liberties of our democracy.

What would be a fatal blow to this message of third-class citizenship bestowed upon African-Americans shortly after the Emancipation Proclamation? The vote is the weapon this country’s founders so fearfully kept sheltered from those whom they relegated to subservience and servitude. That weapon is now the tool Black, Indigenous, and other people of color, alongside our white allies, can use to deconstruct the systems of oppression that have kept so many of our leaders fat off the sweat and toil of working class and poor citizens.

Ending felony disenfranchisement would take a constitutional amendment. This is the goal every freedom-loving American should hold dear to their hearts. Inclusion, and not exclusion, is patriotism. Where can we start? We start by going into the jails and registering every eligible voter who chooses to act upon their civil liberties.

There is no silver bullet to end systemic racism, oppression, and racial violence, but this would be an effective start. Political candidates would need to really listen to the demands of the most marginalized groups in America, or they would risk being voted from their positions of influence.

As Angela Davis so eloquently stated, “Radical simply means grasping things by the root.” We need radical reform of our systems, and it begins with the ballot.

David Carlson is Eau Claire County Regional Organizer for the ACLU of Wisconsin’s Rights for All Campaign. A longer version of this column was originally published on Linkedin.