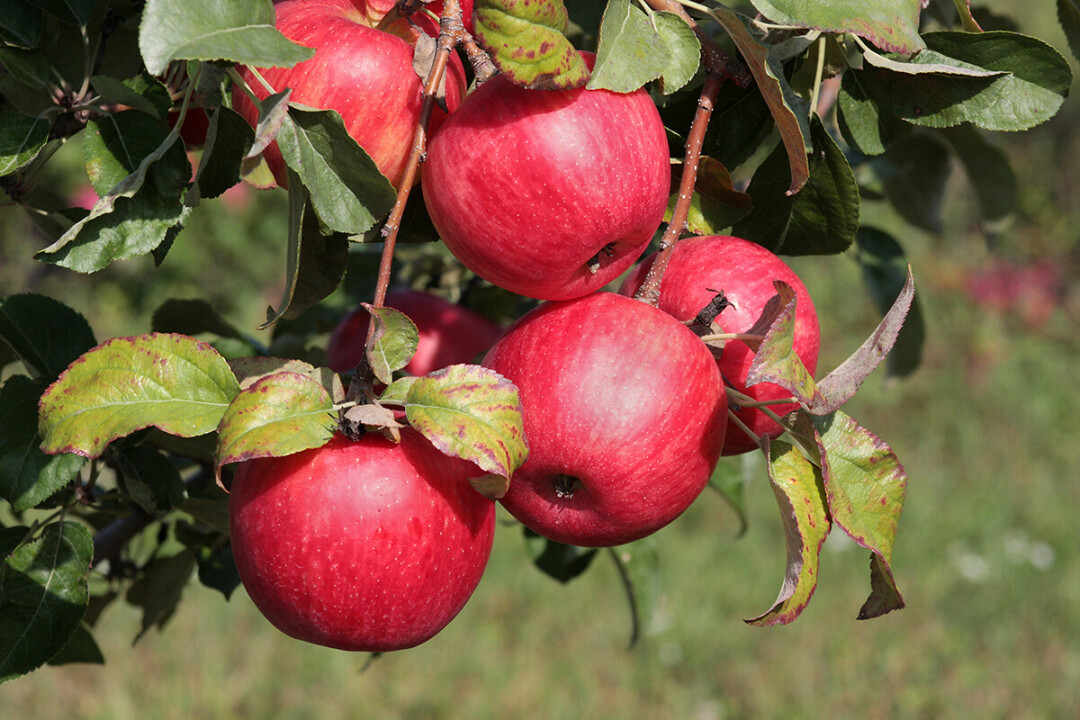 At Leffel Roots and other local apple orchards, the 2020 harvest wasn't as robust as in the past, as shown in this file photo.

The Chippewa Valley’s trees are barren.  No more apples hang from branches as the cold weather starts to set in. In other years, this would spell success; but this is 2020.

Back in April, a late spring frost came through the Chippewa Valley. It hit local apple orchards, killing off the already-blooming apple blossoms. Orchards to the south of Eau Claire, such as Leffel Roots Apple Orchard, were hit the hardest.

Leffel Roots, run by Laura Leffel and her husband, was planted back in 1995. The Leffel family took over the orchard after buying it in 2015. A similar frost hit the orchard the following year, but instead of 50% of their apple products gone, Leffel said it took out about 90% of their apple blossoms that year.

Chapman and Passineau have owned Glass Apple Orchard since 2017, and the orchard was planted in the late 1980s, according to Chapman. They noticed fewer apples this year as well. However – being, by their own admission, new owners – they were unsure of total apple blossom loss for this year. 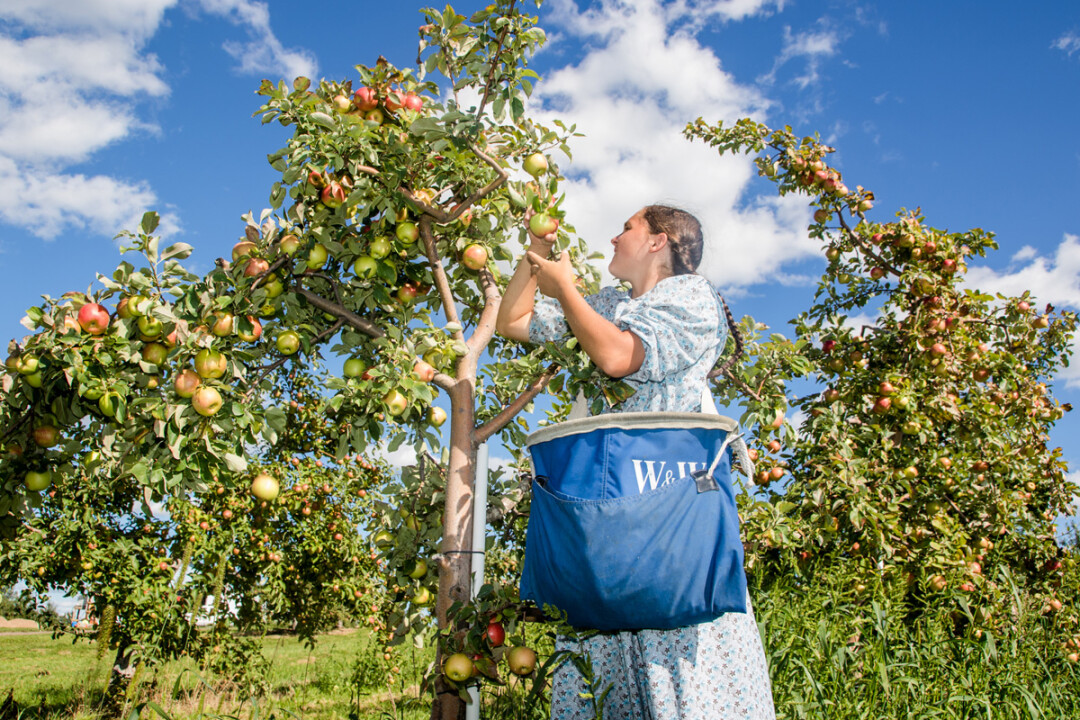 Harvesting apples at Bushel and a Peck. (File photo)

The Geists at Bushel and a Peck say their losses weren’t too severe this year. On the north end of Eau Claire, the frost did take out a few apple blossoms, though the problem wasn’t as severe as at Leffel Roots.

Though there was a lack of apples up for picking this season, each of these orchards – and others in the Chippewa Valley – have various events you can attend to support the orchards, including corn mazes, pumpkin patches, petting zoos, and more.

Though there was a lack of apples up for picking this season, each of these orchards – and others in the Chippewa Valley – have various events you can attend to support the orchards, including corn mazes, pumpkin patches, petting zoos, and more.

This next weekend, Oct. 23-25, will be the end of the season at Leffel Roots. They will have their end-of-year bonfire on Friday, Oct. 23, where they will burn their winter cuttings, watch the Badger game, and have fresh baked donuts and caramel apples for sale in their store. They will also be having trick-or-treating in their corn maze from 1pm-3pm on Sunday, Oct. 25. All events will follow social distancing guidelines as recommended by the Centers for Disease Control and the Eau Claire City-County Health Department. 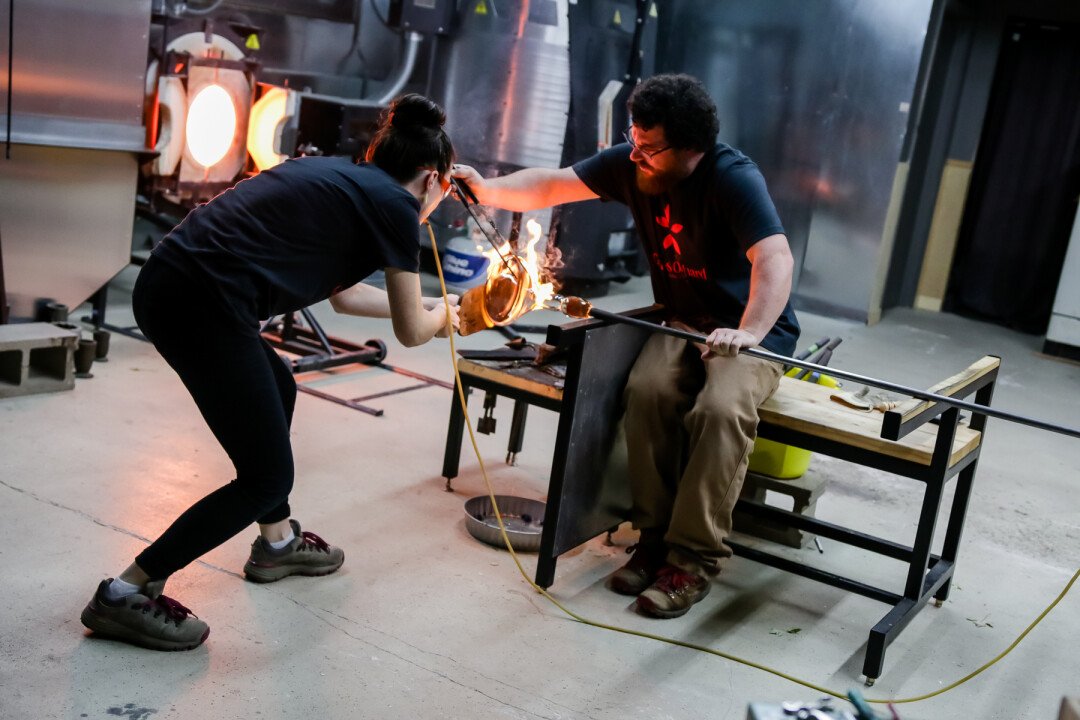 Glass Apple Orchard’s fall events have concluded for the year. However, their store is open year-round. Chapman and Passineau are glass artists by trade, and their shop is full of their work, as well as the work of other local artists. There will be a holiday sale Nov. 14-17 as well as on the weekend of Nov. 21-22.

Bushel and A Peck orchard will be selling Honeycrisp apples in their store on Sundays from 12-4pm until March. They are still open, with a variety of apples for sale in the store. They have their corn maze up, wagon rides going, and a petting zoo open. Their store is stocked with apples, apple products, and a few different types of alcohol. Everything is socially distanced.

Every apple orchard in the Chippewa Valley has something special – you might just be surprised! 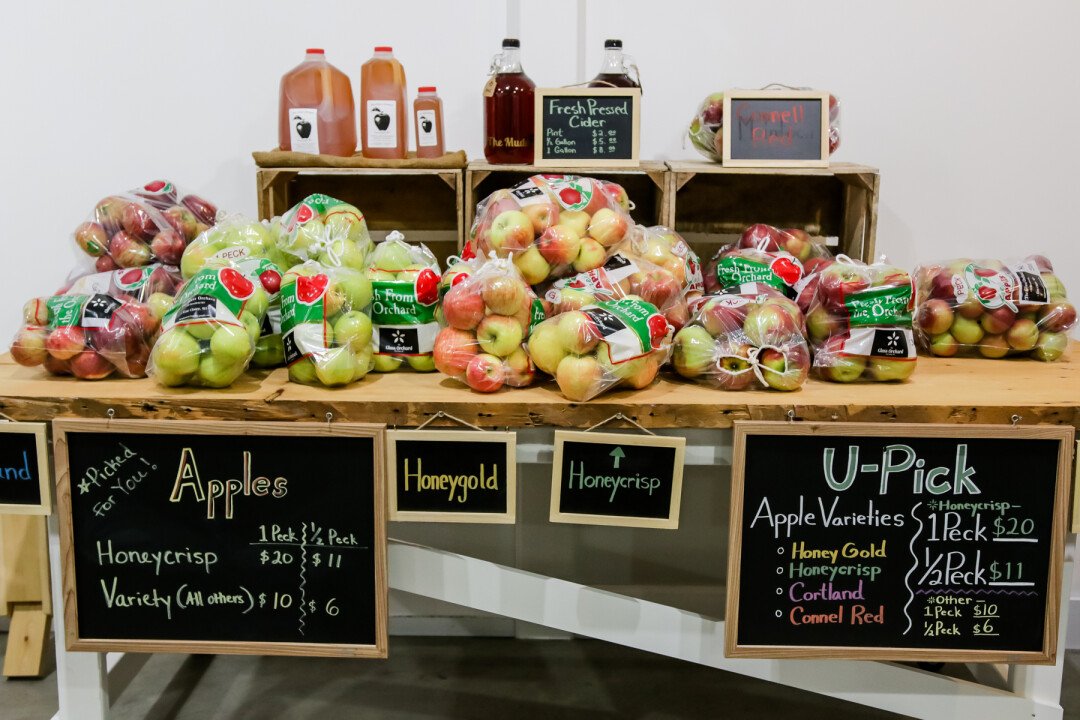