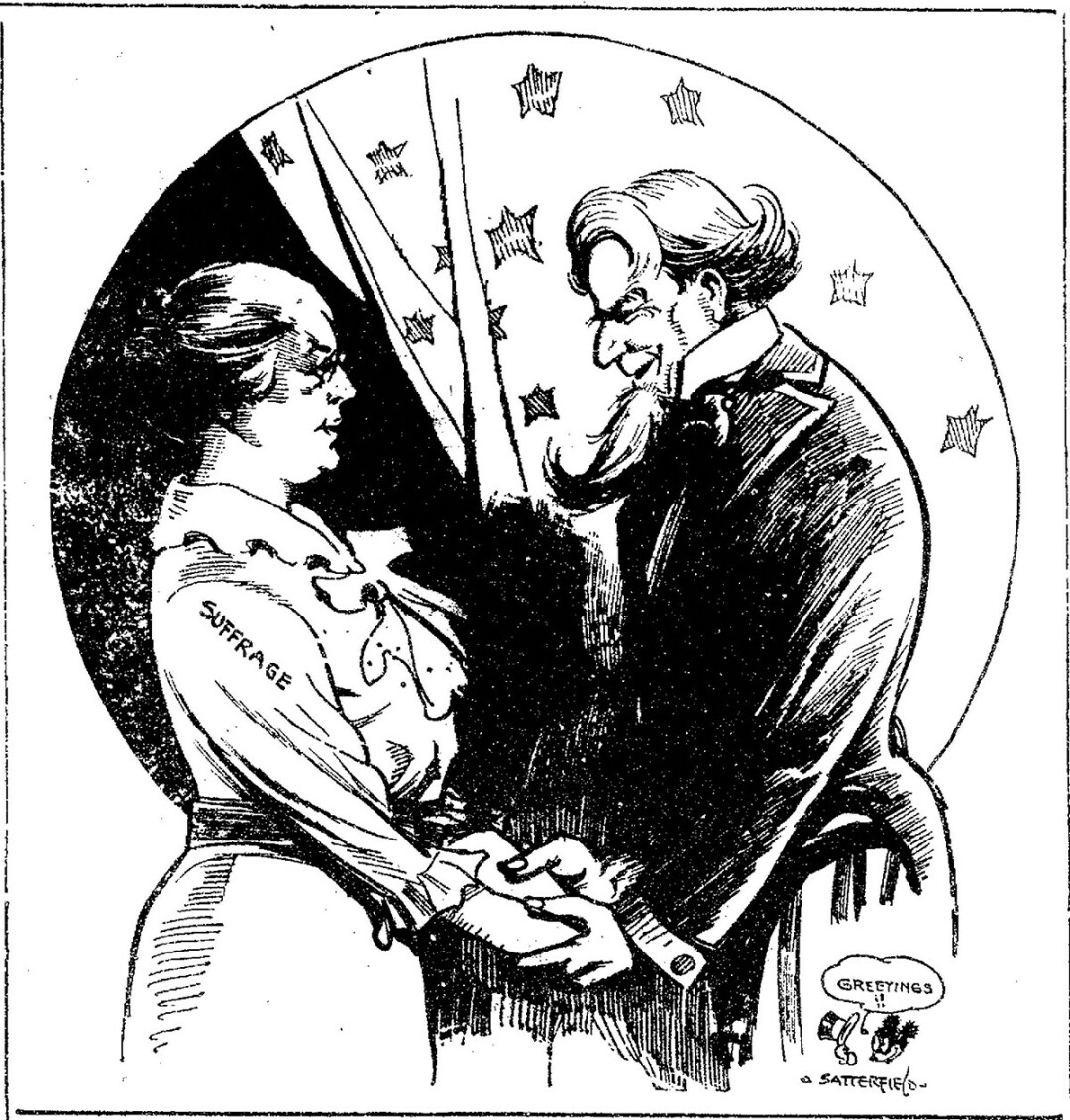 The Eau Claire Leader published this political cartoon after the final state needed ratified the 19th Amendment in August 920.

Our nation recently celebrated the 100th anniversary of the 19th Amendment to the U.S. Constitution, which finally granted women the right to vote nationwide. Most of us are familiar with national figures such as Susan B. Anthony, but are you familiar with the women’s suffrage movement right here in the Chippewa Valley?

Now you can virtually explore this profound movement in history thanks to the UW-Eau Claire’s Office of Research and Sponsored Programs and W.D. McIntyre Library, which created the exhibit Vote: The 19th Amendment and the Chippewa Valley.

Check out the exhibit at lib02.uwec.edu/Omeka/s/suffrage/page/cvvote.

"Votes for Women" postcard, from the collections of the Library of Congress.
share
comments 0