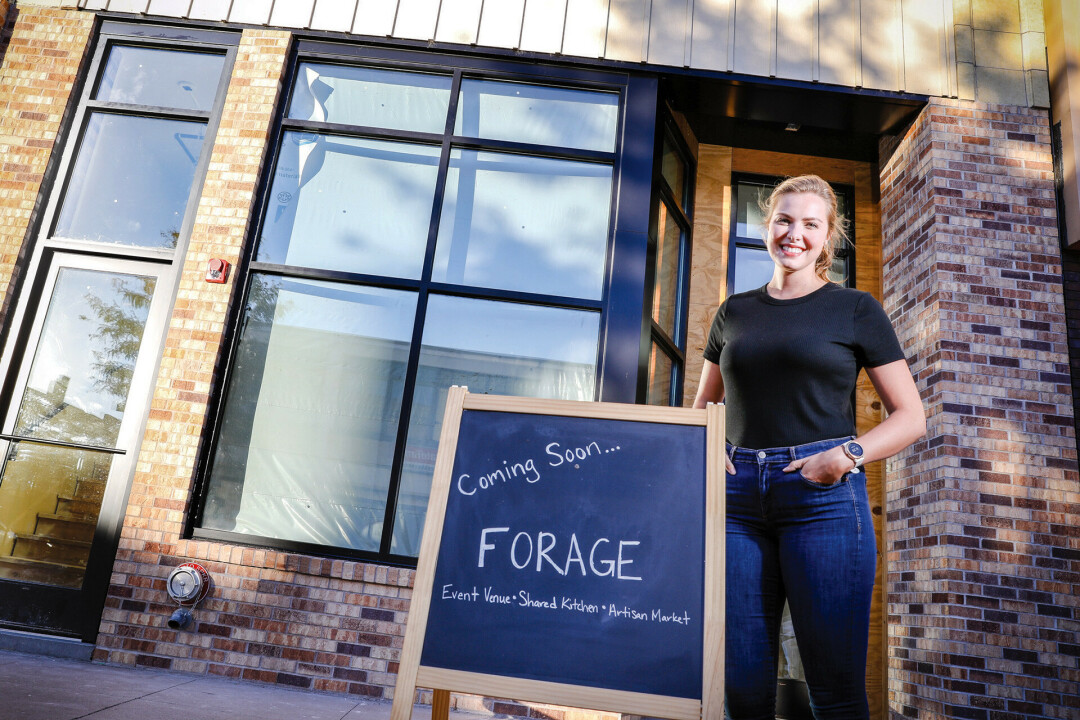 A business that is relocating from Banbury Place to Barstow Street under new ownership is the winner of the 2020 Jump-Start Downtown Business Competition, sponsored by Downtown Eau Claire Inc.

Forage, which is expected to re-open later his month at 403 S. Barstow St., describes itself as a event venue, commercial kitchen, and artisan market, and it has hosted cooking classes, pop-up restaurants, and served as an incubator for food-based businesses.

“Despite current challenges, the entrepreneur and start-up spirit are alive and well in the Downtown Eau Claire business community,” DECI said in a media release. “After the competition last year, the eligibility was expanded to allow businesses who opened in the downtown since last year’s application period to apply in addition to those looking to get started in the next year. As a result, seven applicants entered and ultimately three were chosen as winners. Overall, the quality and variety of businesses that already do or will put their mark on Downtown Eau Claire are inspiring.”

Two other winners were chosen as well:

If you’re looking for clothing that will make you stand out while being environmentally conscious, Seven Suns Vintage has you covered. Owner, Savannah Smith, opened her doors at 305 S. Barstow Street this June and offers wearable treasures primarily from the 60s and following decades. Her goal is to offer an inviting space with a variety of sizes and styles to make sure everyone has access to vintage wear.

On a stroll through Downtown Eau Claire last year, Greg and Tammy Clark noticed that although there are several places to get sweet treats, our community is missing one important offering – a traditional candy shop! The business name is an ode to the famous saying that Greg’s grandmother would use and they aim to keep the family connection going by running it with their kids. While they are still securing a location and financing, we all are excited for the day that we can get a candy fix in our community.

More about the prize packages:

Downtown Eau Claire, Inc. is a non-profit organization dedicated to promoting the development of business, housing, cultural resources, and activities within downtown Eau Claire. Our vision is to be the premier civic alliance that creates a vibrant downtown everyone recognizes, appreciates, and enjoys. For more information contact downtown@eauclairewi.gov or visit DowntownEauClaire.org.