LOCAL LIT: From ‘Man of the House’

Our final night in Boise, my sister and Willis and I took some of my brother’s friends to a downtown restaurant to thank them for helping with the house. It was an upscale place, more like a big city watering hole than a Western tavern, and packed so we ended upstairs in a booth across from the second-floor bar. While the rest of us studied our menus, my sister walked over to the house band and asked if they knew any Motown. The only song in their repertoire was “Under the Boardwalk” by The Drifters, a tune of my brother’s era but hardly indicative of his city. I mean, where’s the boardwalk in Detroit? As the band cranked out the song, my sister did a free-form dance in the aisle, just standing there and swaying to the beat at first, then slowly moving her arms outward, smiling as tears ran down her face. Her grief was so deeply private that people filing past didn’t stare or make rude comments.

I envied my sister’s ability to turn her sorrow into movement, something I found impossible because what I was feeling wasn’t grief but anger. A last phone call would have been nice or maybe a letter or even a short email instead of an empty house that smelled terrible.

I envied my sister’s ability to turn her sorrow into movement, something I found impossible because what I was feeling wasn’t grief but anger. A last phone call would have been nice or maybe a letter or even a short email instead of an empty house that smelled terrible.

There is only one way to resurrect the dead that I know, and that’s to travel back into the past and meet them there. The past I have in mind was a hazy summer day several years before my brother disappeared under the radar. I’d just bought a canoe, a beautiful old wooden one with varnished cedar ribs, and invited Craig on a camping trip to try it out. In a reversal of our usual roles, I took the stern seat to steer our course while my brother sat up front in the bow and fished. The river wound through pine forests with a few small rapids where the river stepped down between sun-bleached boulders. The water was dark from tamarack swamps far upstream and sometimes hid rocks beneath its surface. Descending one rock garden, we came to an abrupt halt after I steered us onto a submerged boulder. The canoe wouldn’t budge when I tried pushing off with a paddle. So I stepped out of the canoe and onto the rock to lift us free.  I really should have held onto a gunwale because the lightened boat immediately shot downstream. The stern rose three feet in the air as the canoe pin-wheeled downriver with my brother its sole passenger. Grasping the situation, my brother composed his face into a single question: Why have you abandoned ship? With no time to explain, I stood on the rock and shouted after him, “You’re on your own!”

Soon enough I waded ashore then raced along the riverbank until I could effect a rescue. The remainder of the canoe trip was uneventful though “You’re on your own!” survived for years as a punch line to one of my brother’s stories, the one about being abandoned in the wilds by John Boy. Interpretation is a matter of perspective, of course, and a story’s meaning can change over time. Now when I recall us on the river, my brother’s face growing smaller in the distance as the current sweeps him downstream, and I shout, “You’re on your own!” it’s no longer him that I’m thinking of but myself. 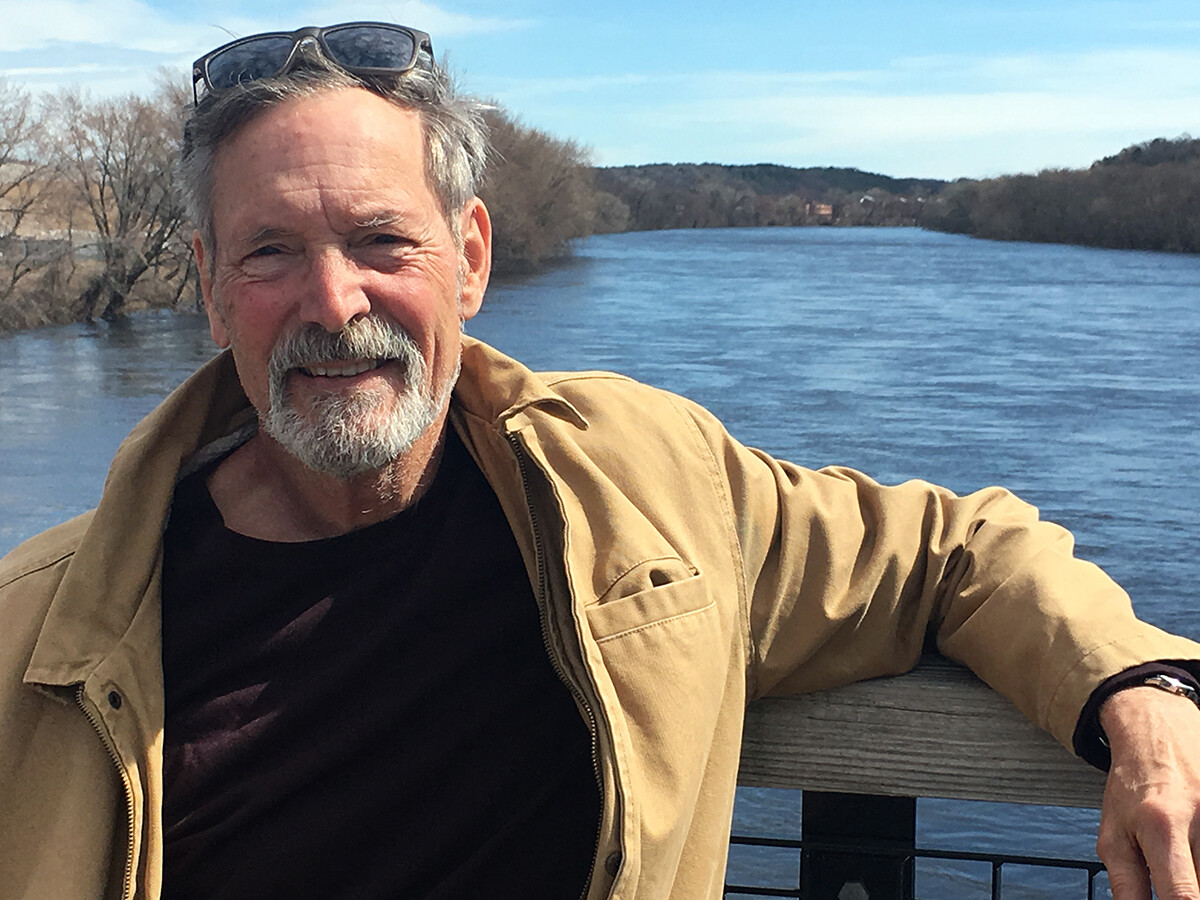 John Hildebrand, a professor emeritus at UW-Eau Claire, is the author of five books including, most recently, The Long Way Round: Through the Heartland by River. ” Man of the House” is a excerpt from a new piece with the same title. Read more of his work here.