When the State Fair Turns Deadly

a 1900s tale of falling from a Ferris wheel 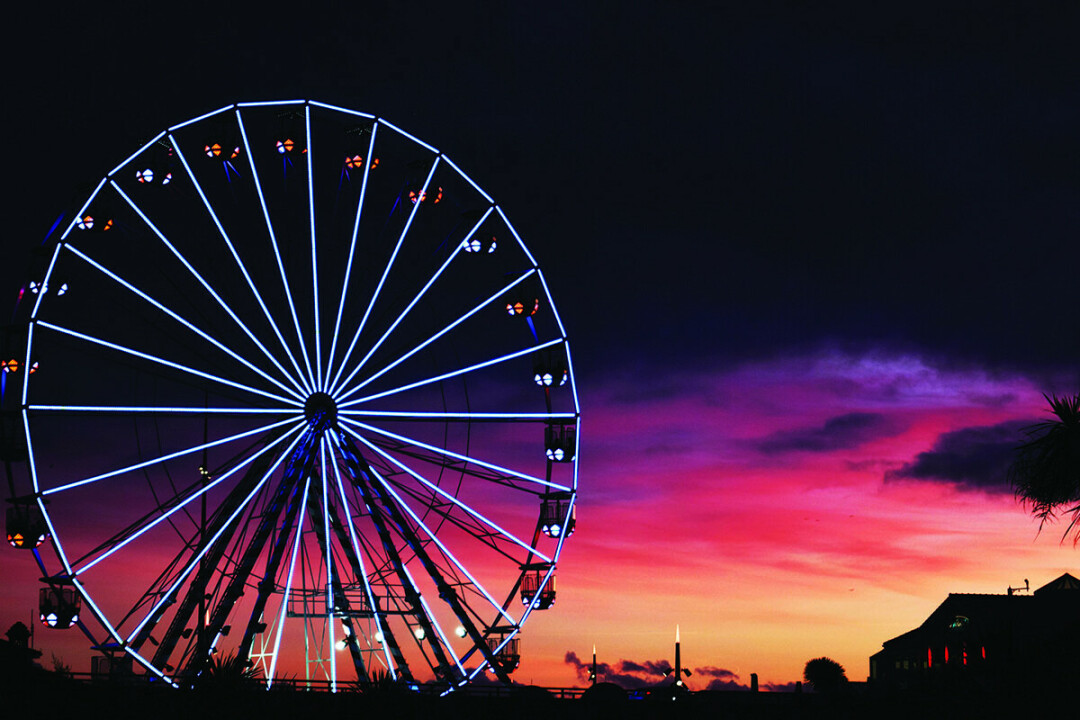 St. Paul – Falling fifty feet from the top of a Ferris wheel at the state fair grounds. Mrs. Frank Sebenthal of Eau Claire, Wis., was almost instantly killed at 4 o’clock Wednesday afternoon and her husband received injuries which may prove fatal. It is thought that the accident was caused by a defective fastening on the wicker car in which Mr. and Mrs. Sebenthal were riding. The car had just reached the highest point in the wheel when a casting broke and they were thrown to the ground. Mrs. Sebenthal struck the ground on her head, receiving a deep gash back of the ear and sustaining internal injuries from which she died at the emergency hospital. Mr. Sebenthal sustained fractures of the right leg above the knee and of the right elbow.

Chad’s Take:
A Strange Ride Back to Eau Claire

Now that the fair season is officially over, it is finally safe enough to bring up this horrible story. At first glance the article seems to be just another unfortunate death caused by a terrible accident. However, it is the husband’s somewhat bizarre (or romantic, depending on your idea of macabre adventure) action that turns this accident into an even more grisly story.

Now it should be noted that I am a true admirer of the carnival. From the artery-stopping food and eccentric people to the rundown and outdated rides and wildly rigged games, I enjoy everything about a good old-fashioned fair. Over the years I have discovered that some of the most interesting festivals are the ones that seemed thrown together by a traveling band of amateurs. I have been to a lot of weird carnivals and fairs and most of the time I am absolutely amazed that some parent (including my mother) put their child on a ride that looked like it was held together by chewing tobacco and faith. But Mrs. Sebenthal did not happen to chance her luck at some second-rate rural carnival; in fact, she visited the Great Minnesota Gathering known as the Minnesota State Fair.

Miraculously, her husband survived the fall with only a few broken bones and cuts even though his condition was listed a critical.

After falling more than 50 feet, Mrs. Sebenthal was pronounced dead on the scene. Miraculously, her husband survived the fall with only a few broken bones and cuts even though his condition was listed as critical. Now here is where the story takes a sharp turn. The Sebenthal’s were an Eau Claire couple, and after her death, the body of Mrs. Sebenthal was scheduled to be brought back home on the back of an express car. Rather than stay in the hospital and recover, Mr. Sebenthal insisted on accompanying his wife’s lifeless body back to Eau Claire, even though his doctors told him that the trip might cost him his own life. A later edition of the paper described the scene stating “it was a sorrowful sight to see on one side of the express car the pine box containing the coffin in which rested the body of Mrs. Sebenthal, and, a short distance from it, the husband, bandaged and strapped to a stretcher.”

While most experts agree that fair rides have gotten safer over the past century, it is still hard to watch some unsuspecting kid board a ride and hold on like his life depends on it, knowing that it probably does. Keep an eye out …