‘I’ve Got A Plan, Now Hit Me.’ Local Short Film ‘Punch Me’ Now Streaming on Vimeo 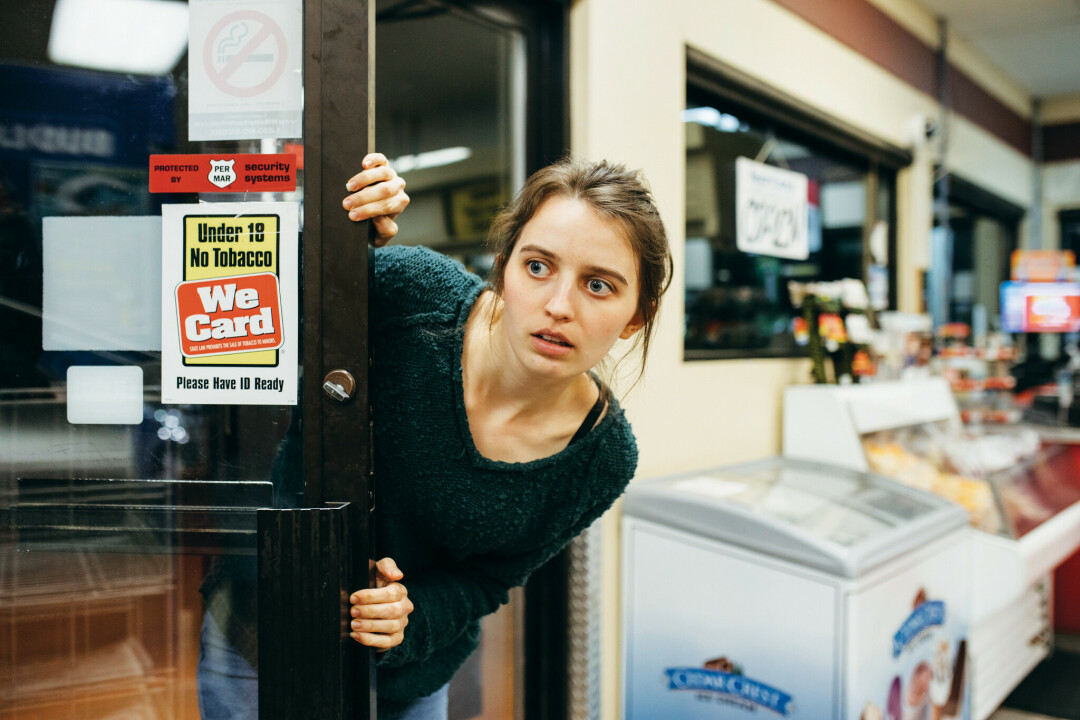 Reonna Madson in Punch Me.

Two women rob a gas station … poorly. It’s a quick-witted action comedy by Eau Claire filmmaker Tim Schwagel called Punch Me. After a fun run through some film festivals such as the Beloit International Film Festival, Wildwood Film Festival (where it won a Judge’s Choice Award), the Red Cedar Film Festival in Menomonie and more, it’s now streaming for free on Vimeo. It stars Reonna Madson and Lauren Rosemurgy, who clumsily distract and swindle a gas station clerk (Alex Raney) for a register full of cash. It was all shot in one night at a gas station in Weyerhauser, Wisconsin, in 2019 with a big crew of energetic filmmakers. Schwagel is an obvious talent, and his work on Punch Me is really exciting as he moves on to bigger and better things. Watch Punch Me and more of Schwagel’s work on his Vimeo page at vimeo.com/timschwagel.

Punch Me from Tim Schwagel on Vimeo.