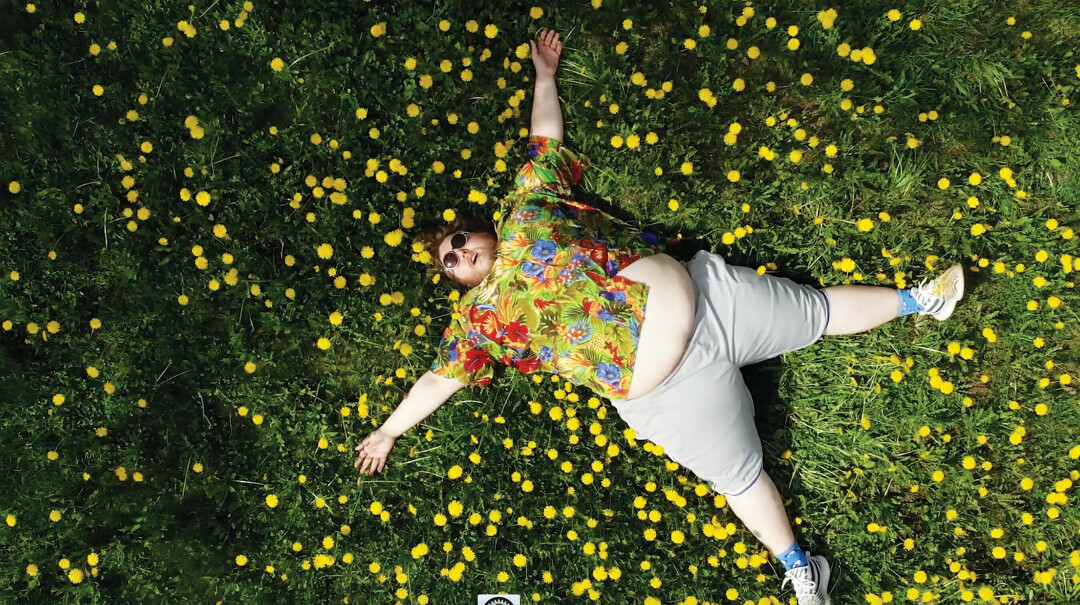 POWERFUL & FLOWERFUL. The debut song and visual by newly minted artist Fresco Savage (a.k.a. Matt Hasenmueller) finds him chopping wood in tighty whities, cruising on a lake, lathering up with sunscreen, and frolicking through pastoral landscapes. “There’s no rules anymore,” he says.

Matt Hasenmueller cracked open an ostrich egg on Facebook Live with a kitchen knife. Then he ate it. He takes a massive bite out of the thing.

Then out of nowhere, the video cuts away to a strange montage of ’90s TV footage. After a few seconds, it cuts to a wide-screen drone shot of the Wisconsin woods with the words “Fresco Savage” emblazoned in white across the frame.

Suddenly, we realize we’re in a music video for a song called “Fine” – the first of its kind for Hasenmueller’s new hip-hop project, Fresco Savage. What a peculiar and amazing way to roll out a music video for an artist with a ton of vision at the beginning of something brand new. 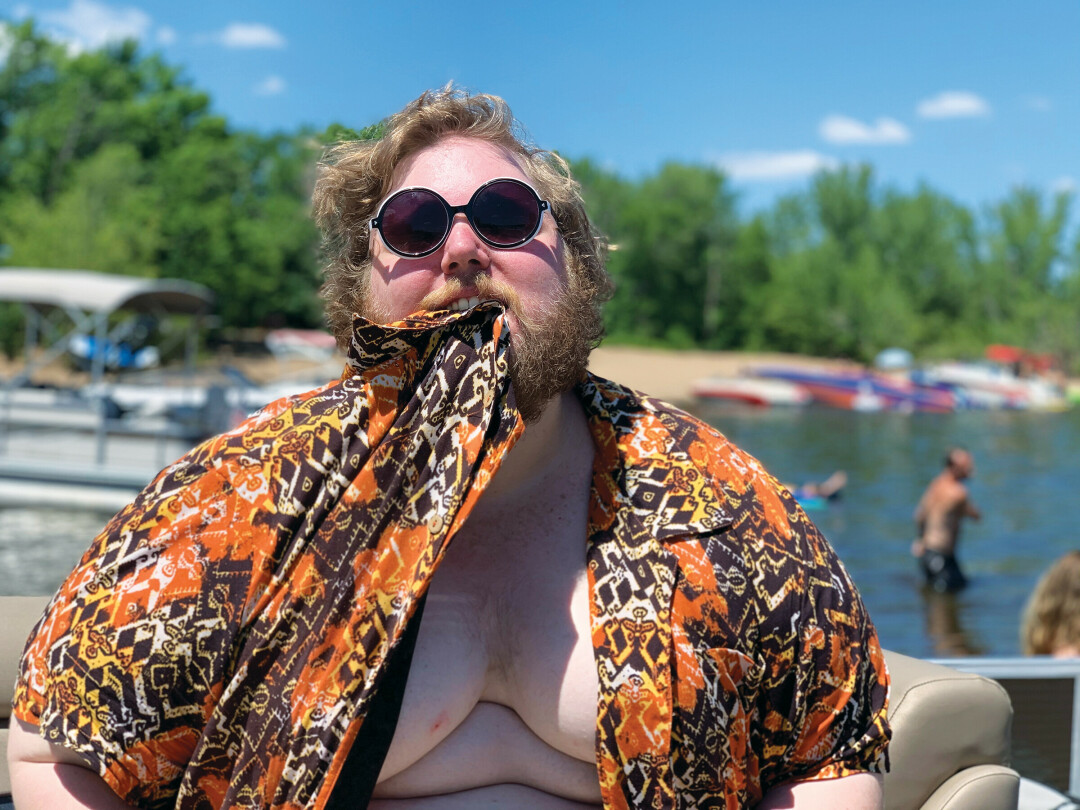 The video finds Hasenmueller and Kyle Featherstone (a.k.a. Yacht Daddy) – both formerly from the Eau Claire pop-rock band The Millenium – flexing in corn fields among cows, boating shirtless, chopping wood in tighty whities. Hasenmueller takes a bite out of a corn stalk. He’s floating in the water, they’re grilling, wearing Yeezys. He’s sing-rapping his heart out, shirt unbuttoned, flapping in the breeze.

“It’s a version of myself that feels no fear,” he said of his alter-ego over the phone a few days later. “I’ve always been good at having to-the-moon dreams.”

“It’s a version of myself that feels no fear. I’ve always been good at having to-the-moon dreams.”

The song is a breezy, poppy, radio-friendly tune a la Post Malone – but it’s Hasenmueller’s presence, larger than life – that brings so much carefree energy and sweetness to the tune. It was all shot on an iPhone at a cabin in Grand Marais, Minnesota – just two guys making up dance moves and flying drones for a project that promises to be huge and always unexpected.

Finally, the song ends and we’re back in the live-stream watching Hasenmueller polish off the rest of the ostrich egg. “You guys, hard-boiled eggs are like my favorite food,” he says. The stream ends.

If you find yourself wondering what the hell is going on, you’re not alone. But we’re here for the moment, and along for the ride. There’s more Fresco Savage on the way. Don’t try to be ready for it.

To find Fresco Savage on  all the social media and music platforms, follow this link.